Should College Football Be Canceled? 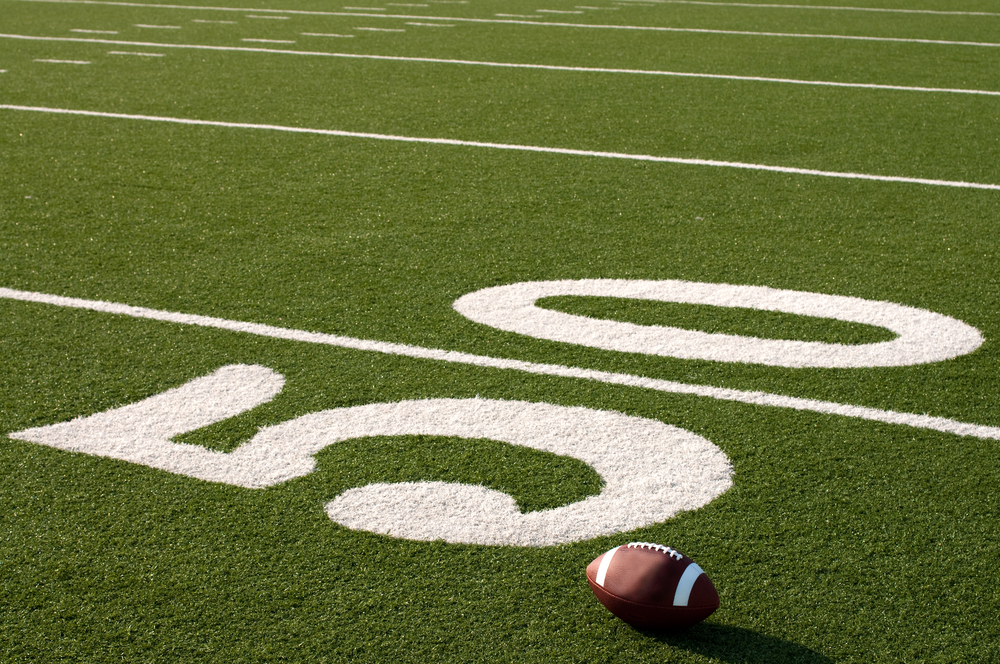 On August 11, the Big Ten conference announced it would be postponing its fall sports season to Spring 2021. This decision shocked many, as it was the first Division I college football conference to cancel its fall season.  After the announcement, Vice President Mike Pence took to twitter to voice his disapproval and to declare that, “America needs college football” and President Donald Trump simply tweeted, “Play College Football!” Trump and Pence weren’t the only politicians to express this belief, though they are certainly the highest-ranking members of government to express a moral position in favor of continuing the college sports season amidst the pandemic.

Questions surrounding America’s 2020 college football season make up a few of the many ethical dilemmas surrounding higher education during the pandemic. Canceling this season means further economic loss and the potential suppression of a labor movement, while playing ball could have dire consequences for the safety of players and associated colleges. Navigating this dilemma requires asking several questions about both the economic importance and cultural significance of college football.

Do schools have an ethical duty to cancel their football season? What values do athletic programs hold in college education? And what is at stake for the players, the schools, and Americans at large?

Is a sports season, in and of itself, dangerous to attempt during the pandemic? The official CDC guidance on playing sports advises that participants should wear masks, keep a 6-feet distance, and bring their own equipment. They also rank sports activities from low to high risk, with the lowest risk being skill-building drills at home and the highest being competition with those from different areas. While the CDC does not necessarily advocate against the continuation of athletic programs during the pandemic, can the same be said for other medical professionals? After VP Mike Pence’s tweet, several prominent health professionals “clapped back” on Twitter, pushing back against the need for football, and even suggesting that continuing fall sports is of least priority during the pandemic. Some medical professionals have even ranked football as one of the most dangerous sports for COVID-19 transmission.

Despite the physical dangers, cancelling football season has serious economic consequences for colleges. It is estimated that there is at least $4 billion at stake if college football is cancelled. While losing one year’s worth of revenue on sports might not seem like a big deal, many colleges rely on athletic revenue to cover the costs of student scholarships and coaching contracts. In fact, a 2018 study by the NCAA found that overall, Division I athletic programs were operating at a deficit, and their revenues were helping them scrape by. Without revenues this season thousands of professors and staff members could face the risk of job loss, due to colleges’ lack of money to cover athletic investments. Small businesses that see large profits from the influx of fans during football season face a huge decrease in revenue. Even sports bars and restaurants, which draw in customers by airing current games, face significant economic losses.

Additionally, college sports serve as a primary form of entertainment for millions of people. In 2019 alone, over 47 million spectators attended college football games and an average of over 7 million people watched games on TV. College football clearly holds large cultural value in American society. During a time which is already financially, emotionally, and mentally troubling, losing one’s hobby, or ties to a community of like-minded people, might worsen the growing mental health crisis spurred by the pandemic.

The question of whether or not college football season should continue is also further complicated by the existing ethical debates within the sport itself. NCAA football teams have had a wide-ranging history of corruption, from academic violations to embezzlement schemes. Even more disturbing are the several sexual abuse scandals that have rocked major college football teams in recent years, both involving athletes and athletic officials. The clear racial divides in the makeup of players and athletic officials, has stirred debates about the haunting similarities between college football and slavery.

Over the past decade, there has been a growing movement in favor of instituting labor rights for college athletes. Several lawsuits against the NCAA, primarily on behalf of football players, have argued that widespread lack of compensation violates labor laws. Movements to unionize college football have become even more common during COVID, with some arguing that recent league debates about canceling the football season are more about controlling players’ ability to organize than it is about players’ health and safety. In an op-ed in The Guardian, Johanna Mellis, Derak Silva, and Nathan Kalman-Lamb argue that the decision to cancel the college football season was motivated by fear of the growing movement demanding widespread reform in the NCAA. They assert that if colleges really cared about the health and safety of their players, they would not have “compelled thousands of players back on to campus for workouts over the spring and summer, exposing them to the threat of Covid-19.” The argument is especially strong when one considers the fact that a growing movement of athletes, using the hashtags #WeAreUnited and #WeWantToPlay, have been threatening to refuse to play without the ability to unionize.

Despite potentially ulterior motives for cancelling the college football season, it still might arguably be the most ethical decision. Nearly a dozen college football players have already suffered life-threatening conditions as a result of the spread of COVID. The continuation of a fall sports season will endanger athletes, athletic officials, spectators, and also non-athlete students. Even if in-person spectators are prohibited, the continuation of fall sports requires cross-state team competition, which is ranked as the highest risk sports activity by the CDC. Several outbreaks have already occurred during fall training at colleges across the nation. Outbreaks on teams have not only the potential to harm athletes, but also students at the universities which they attend.

While two Division I conferences across the country have canceled their season, others appear unwavering in their desire to play football. Fortunately, the NCAA has developed a set of regulations aimed to protect players from retaliation if they choose not to play. With human lives, the economic survival of colleges, and a labor organization movement at stake, America’s 2020 college football season is set to be the most ethically confuddling in history.