On “Doing Your Own Research” 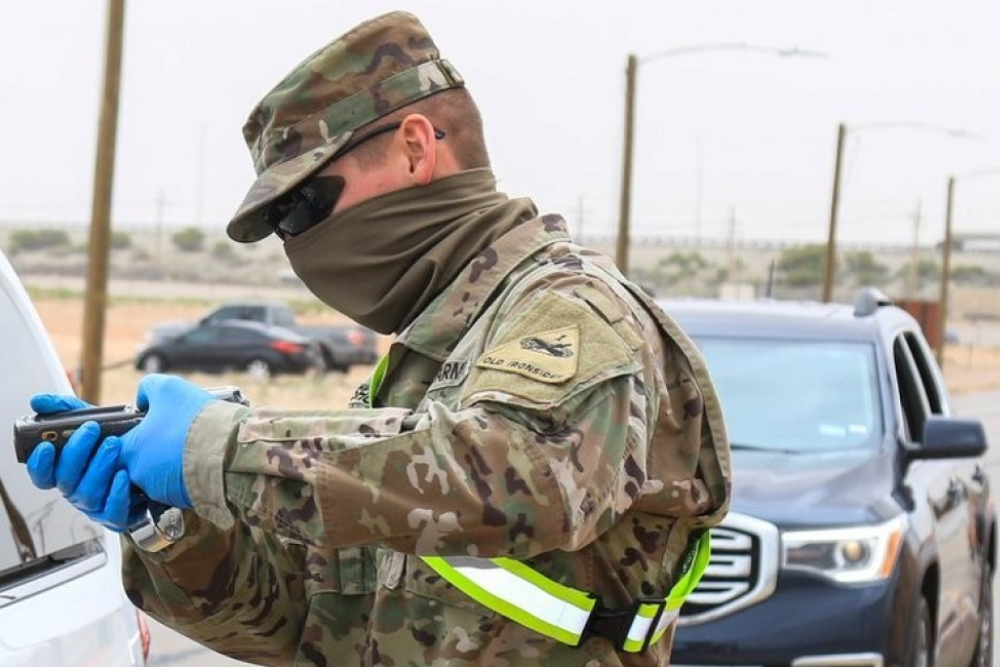 In early August, American news outlets began to circulate a surprising headline: neck gaiters — a popular form of face covering used by many to help prevent the spread of COVID-19 — could reportedly increase the infection rate. In general, face masks work by catching respiratory droplets that would otherwise contaminate a virus-carrier’s immediate environment (in much the same way that traditional manners have long-prescribed covering your mouth when you sneeze); however, according to the initial report by CBS News, a new study found that the stretchy fabric typically used to make neck gaiters might actually work like a sieve to turn large droplets into smaller, more transmissible ones. Instead of helping to keep people safe from the coronavirus, gaiters might even “be worse than no mask at all.”

The immediate problem with this headline is that it’s not true; but, more generally, the way that this story developed evidences several larger problems for anyone hoping to learn things from the internet.

The neck gaiter story began on August 7th when the journal Science Advances published new research on a measurement test for face mask efficacy. Interested by the widespread use of homemade face-coverings, a team of researchers from Duke University set out to identify an easy, inexpensive method that people could use at home with their cell phones to roughly assess how effective different commonly-available materials might be at blocking respiratory droplets. Importantly, the study was not about the overall efficacy rates of any particular mask, nor was it focused on the length of time that respiratory droplets emitted by mask-wearers stayed in the air (which is why smaller droplets could potentially be more infectious than larger ones); the study was only designed to assess the viability of the cell phone test itself. The observation that the single brand of neck gaiter used in the experiment might be “counterproductive” was an off-hand, untested suggestion in the final paragraph of the study’s “Results” section. Nevertheless, the dramatic-sounding (though misleading) headline exploded across the pages of the internet for weeks; as recently as August 20th, The Today Show was still presenting the untested “result” of the study as if it were a scientific fact.

The ethics of science journalism (and the problems that can arise from sensationalizing and misreporting the results of scientific studies) is a growing concern, but it is particularly salient when the reporting in question pertains to an ongoing global pandemic. While it might be unsurprising that news sites hungry for clicks ran a salacious-though-inaccurate headline, it is far from helpful and, arguably, morally wrong.

Furthermore, the kind of epistemic malpractice entailed by underdeveloped science journalism poses larger concerns for the possibility of credible online investigation more broadly. Although we have surrounded ourselves with technology that allows us to access the internet (and the vast amount of information it contains), it is becoming ever-more difficult to filter out genuinely trustworthy material from the melodramatic noise of websites designed more for attracting attention than disseminating knowledge. As Kenneth Boyd described in an article here last year, the algorithmic underpinnings of internet search engines can lead self-directed researchers into all manner of over-confident mistaken beliefs; this kind of structural issue is only exacerbated when the inputs to those algorithms (the articles and websites themselves) are also problematic.

These sorts of issues cast an important, cautionary light on a growing phenomenon: the credo that one must “Do Your Own Research” in order to be epistemically responsible. Whereas it might initially seem plain that the internet’s easily-accessible informational treasure trove would empower auto-didacts to always (or usually) draw reasonable conclusions about whatever they set their minds to study, the epistemic murkiness of what can actually be found online suggests that reality is more complicated. It is not at all clear that non-expert researchers who are ignorant of a topic can, on their own, justifiably identify trustworthy information (or information sources) about that topic; but, on the other hand, if a researcher does has enough knowledge to judge a claim’s accuracy, then it seems like they don’t need to be researching the topic to begin with!

This is a rough approximation of what philosophers sometimes call “Meno’s Paradox” after its presentation in the Platonic dialogue of that name. The Meno discusses how inquiry works and highlights that uninformed inquirers have no clear way to recognize the correct answer to a question without already knowing something about what they are questioning. While Plato goes on to spin this line of thinking into a creative argument for the innateness of all knowledge (and, by extension, the immortality of the soul!), subsequent thinkers have often taken different approaches to argue that a researcher only needs to have partial knowledge either of the claim they are researching or of the source of the claim they are choosing to trust in order to come to justified conclusions.

Unfortunately, “partial knowledge” solutions have problems of their own. On one hand, human susceptibility to a bevy of psychological biases make a researcher’s “partial” understanding of a topic a risky foundation for subsequent knowledge claims; it is exceedingly easy, for example, for the person “doing their own research” to be unwittingly led astray by their unconscious prejudices, preconceptions, or the pressures of their social environment. On the other hand, grounding one’s confidence in a testimonial claim on the trustworthiness of the claim’s source seems to (in most cases) simply push the justification problem back a step without really solving much: in much the same way that a non-expert cannot make a reasonable judgment about a proposition, that same non-expert also can’t, all by themselves, determine who can make such a judgment.

So, what can the epistemically responsible person do online?

First, we must cultivate an attitude of epistemic humility (of the sort summarized by Plato’s infamous comment “I know that I know nothing”) — something which often requires us to admit not only that we don’t know things, but that we often can’t know things without the help of teachers or other subject matter experts doing the important work of filtering the bad sources of information away from the good ones. All too often, “doing your own research” functionally reduces to a triggering of the confirmation bias and lasts only as long as it takes to find a few posts or videos that satisfy what a person was already thinking in the first place (regardless of whether those posts/videos are themselves worthy of being believed). If we instead work to remember our own intellectual limitations, both about specific subjects and the process of inquiry writ large, we can develop a welcoming attitude to the epistemic assistance offered by others.

Secondly, we must maintain an attitude of suspicion about bold claims to knowledge, especially in an environment like the internet. It is a small step from skepticism about our own capacities for inquiry and understanding to skepticism about that of others, particularly when we have plenty of independent evidence that many of the most accessible or popular voices online are motivated by concerns other than the truth. Virtuous researchers have to focus on identifying and cultivating relationships with knowledgeable guides (who can range from individuals to their writings to the institutions they create) on whom they can rely when it comes time to ask questions.

Together, these two points lead to a third: we must be patient researchers. Developing epistemic virtues like humility and cultivating relationships with experts that can overcome rational skepticism — in short, creating an intellectually vibrant community — takes a considerable amount of effort and time. After a while, we can come to recognize trustworthy informational authorities as “the ones who tend to be right, more often than not” even if we ourselves have little understanding of the technical fields of those experts.

It’s worth noting here, too, that experts can sometimes be wrong and nevertheless still be experts! Even specialists continue to learn and grow in their own understanding of their chosen fields; this sometimes produces confident assertions from experts that later turn out to be wrong. So, for example, when the Surgeon General urged people in February to not wear face masks in public (based on then-current assumptions about the purportedly low risk of asymptomatic patients) it made sense at the time; the fact that those assumptions later proved to be false (at which point the medical community, including the epistemically humble Surgeon General, then recommended widespread face mask usage) is simply a demonstration of the learning/research process at work. On the flip side, choosing to still cite the outdated February recommendation simply because you disagree with face mask mandates in August exemplifies a lack of epistemic virtue.

Put differently, briefly using a search engine to find a simple answer to a complex question is not “doing your own research” because it’s not research. Research is somewhere between an academic technique and a vocational aspiration: it’s a practice that can be done with varying degrees of competence and it takes training to develop the skill to do it well. On this view, an “expert” is simply someone who has become particularly good at this art. Education, then, is not simply a matter of “memorizing facts,” but rather a training regimen in performing the project of inquiry within a field. This is not easy, requires practice, and still often goes badly when done in isolation — which is why academic researchers rely so heavily on their peers to review, critique, and verify their discoveries and ideas before assigning them institutional confidence. Unfortunately, this complicated process is far less sexy (and far slower) than a scandalous-sounding daily headline that oversimplifies data into an attractive turn of phrase.

So, poorly-communicated science journalism not only undermines our epistemic community by directly misinforming readers, but also by perpetuating the fiction that anyone is an epistemic island unto themselves. Good reporting must work to contextualize information within broader conversations (and, of course, get the information right in the first place).

Please don’t misunderstand me: this isn’t meant to be some elitist screed about how “only the learned can truly know stuff, therefore smart people with fancy degrees (or something) are best.” If degrees are useful credentials at all (a debatable topic for a different article!) they are so primarily as proof that a person has put in considerable practice to become a good (and trustworthy) researcher. Nevertheless, the Meno Paradox and the dangers of cognitive biases remain problems for all humans, and we need each other to work together to overcome our epistemic limitations. In short: we would all benefit from a flourishing epistemic community.

And if we have to sacrifice a few splashy headlines to get there, so much the better.