Back to School: America’s Uncontrolled and Unethical Experiment 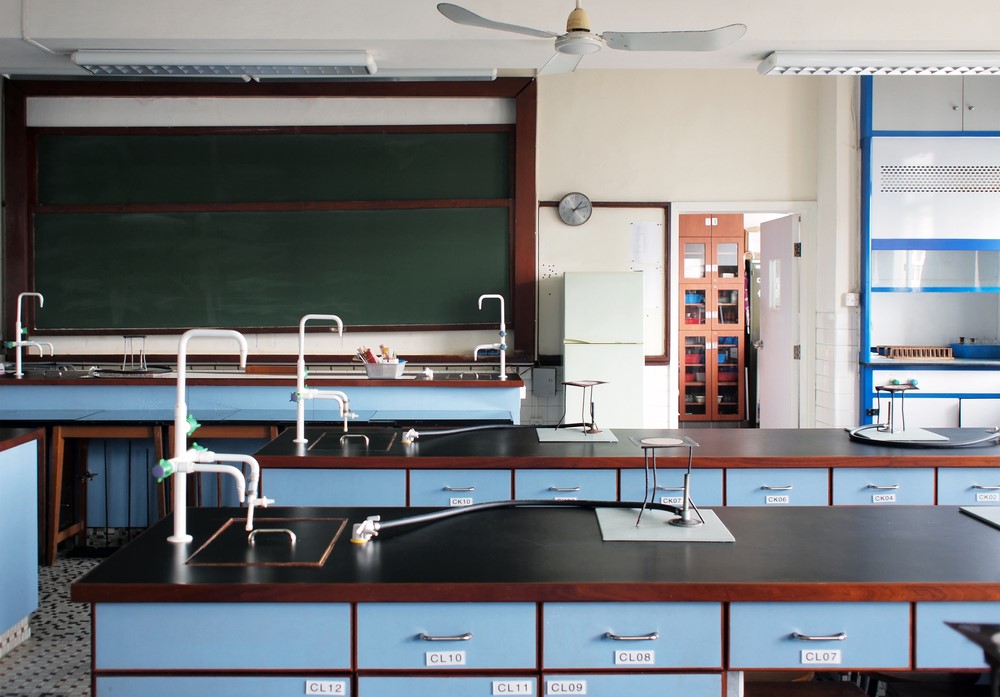 As of this writing, several school districts in the United States have already reopened at some level, but most of the nation’s 40 million school-age children are scheduled to return sometime from mid to late August. One major argument for the reopening is so parents can return to work (assuming there is a job to go to), and help rebuild America’s faltering economy. The American Academy of Pediatrics has also supported this back-to-school movement, though this support concentrates on the emotional and social needs of the students that can be better met by returning to school.

There is, however, one argument against going back to school that few consider: Going back to school amid an epidemic is America’s uncontrolled experiment using our children as the sample. Even the nation’s top epidemiologist, Anthony Fauci, told teachers in a recent interview: “You’ll be part of the experiment in reopening schools.” This experiment is neither scientific, nor ethical.

We scientists live in a world of unknowns, and we traverse that world through the use of the scientific method and research ethics. The controlled scientific experiment goes like this: (1) A research question is formulated when the researcher makes the best “guess” as to what to expect from the data to be collected; this “guess” is based on what is already known about the topic, (2) a sample of people is identified that will participate in the experiment with as little risk to them as possible, (3) variables are identified which, as much as reasonably can be, are controlled for, (4) after considering any risks, and obtaining consent to participate from the sample members, the experiment is run, (5) the data are collected, (6) analyzed, and (7) conclusions are drawn. Through this controlled and ethical study, hopefully we find some answers that can be used to solve the problem at hand. Of utmost importance, however, is that these steps must be accomplished within the boundaries of research ethics. In the field of healthcare, these are typically four in number.

The four basic ethical considerations when doing research in the public health and healthcare arenas in general are (1) autonomy, or the power to make an informed, uncoerced, freely given consent to participate in the research; (2) justice, assuring a fair distribution of risks, benefits, and resources over participants, (3) beneficence, that no harm is done; and, (4) nonmaleficence, keeping participants from harmful situations. These ethical considerations came about after WWII when atrocities of uncontrolled experiments on human subjects by the Nazi regime were discovered. These considerations are now guides in designing ethical research. By carefully adhering to the scientific method and ethical principles of research, controlled experiments can be carried out.

Unfortunately, none of these guidelines are being met in the uncontrolled experiment America is about to run on its children when they go back to school this fall. The assumption is that getting students back in school will help solve the economic problem as well as the social and psychological problems the nation’s children are facing. These are important problems, and there are ethical ways of addressing them; the uncontrolled experiment on which America is embarking is not one of them.

First of all, there is no research question. There is only a hope that things go OK and not too many get hurt. We don’t have enough information about the virus and its effect on children to even formulate a research question. What are we looking for and hoping to find? In essence, we are saying, “Let’s reopen schools, get the economy going, and help meet students’ social and emotional needs,” inferring that this is the only avenue open to us to accomplish these goals.

Secondly, variables such as the age, race, and gender of students, teachers, school staff, and bus drivers — along with their underlying medical conditions — are just some of many variables that are difficult, if not impossible, to control for in the school environment. Even when good-faith attempts are made to control for some of these variables, several ethical problems emerge.

One example is school transportation. The average school bus occupancy is 56; if social distancing without masking is practiced, only 6 students can ride the bus; if masking alone is practiced, only 28 can ride. It costs districts about $1000 per pupil per year to transport students to and from school. Additional costs to the districts by adding routes and making more trips to get students to school using either masking or social distancing, will be a strain on precious resources that could be spent on helping students with the ability to use remote learning.

Additionally, many states have regulations that mandate only students who live beyond a one-mile radius of the school they attend can ride a bus. Others must walk, ride their bikes, or use public or private transportation. Assuming that the family can afford public transportation, or, has a car, lives in a neighborhood that is safe for walking, and has weather that cooperates, these options work. However, marginalized children who live within this one-mile radius (and are thus not candidates for school transportation) may be further marginalized — kept from the emotional and social contacts they need and potentially missing vital instructional activities. These concerns are further complicated when we think about special needs students, whose medical vulnerabilities might put them at-risk in these new school environments.

Thirdly, the sample used (children) is a protected one. The Office of Human Research Protection (OHRP) identifies several protected populations that deserve special consideration when they are involved in research using humans. Pregnant women, prisoners, those with lessened cognitive abilities, and children are a few examples. Extra precautions must be taken to assure these subjects are not simply being used with little protection from specific harms that may come. Children are not mature enough to make their own decisions as to whether they want to participate in a research project. They seldom, if ever, are even allowed to make their own medical decisions. Children have no say in whether they want to go back to school amid a pandemic projected to have taken the lives of more than 180,000 in our nation by the end of August. We are sending this protected group back to school blindly, with few safety precautions. We also know that when schools were closed statewide during the months of March through May, there was a temporal association with decreased COVID-19-related deaths in those states.

Fourthly, how will we be able to keep the participants (children, faculty and staff, bus drivers) from harm? Masking and social distancing can be practiced at school; however, some age groups will be better at that than others. The benefits and risks involved are not spread evenly over the sample of students. Not only the students are at risk, but teachers are, as well.

Education Week recently reported that as many as 1.5 million public school teachers are at a higher risk of contracting COVID-19 due to their underlying health problems. The research on school staff vulnerability is sparse, but, given the law of large numbers, many staff members are at high risk as well when in a building of several hundred children. Children do get COVID-19, and with 5.5 million children suffering from asthma alone this could be a disaster waiting to happen. When race is taken into account, African-American children are 2.5 times as likely to contract COVID-19 as are Caucasian children, and American Indian and Hispanic children are 1.5 times as likely. Schools may be breeding grounds for transmitting the virus to these vulnerable populations. Children have more of the COVID-19 virus in their noses and throats than do adults, which makes children just as likely to spread the disease. They may not get the disease as easily as adults, but they do transmit it just as easily.

Do the benefits of returning to school (and there are many) outweigh the associated costs of spreading the disease?

There are many reasons other than academic ones for children needing to be in school. We know that at least 14 million children do not get enough to eat on a daily basis and this is dependent on race; 30% of these children are Black and 25% are Hispanic, less than 10% are Caucasian. Additionally, when children are home for extended periods of time with adults, the probability of child abuse increases. Yet, during this summer, schools found a way to deliver lunches, if not breakfast also to their students who were in need of that service.

Some local municipality police departments and county sheriffs have instituted a “Drop By” program. In these programs, homes where abuse may be more likely to occur, are irregularly visited as a “Drop By” to see how things are going and if anyone needs anything. During the visits law enforcement officers are able to get a feel for any evidence of domestic violence doing so in a non-threatening and non-accusatory manner.

School attendance both mediates and moderates the potential problems of food insecurity and abuse. But, as seen with programs such as outlined, there are other ways to ameliorate these injustices to our children. A re-allocation of dollars is needed along with creative ways to supply the needed services that children and families need during this pandemic. Sending kids back to school under the current implementation is not the solution. The potential nonmonetary costs are not worth the benefits that may accrue by returning to school under the present conditions.

Eventually, we will have to come to terms with the outcomes of this uncontrolled experiment. Will we have learned that it was a bad idea? That there should have been more planning to control for the safety and well-being for all at school? That we should have controlled for transportation safety? That dollars should have been reallocated for technology and given to those without it for remote learning? That home visits by school personnel to aid those experiencing difficulty learning remotely would have been worth the money?