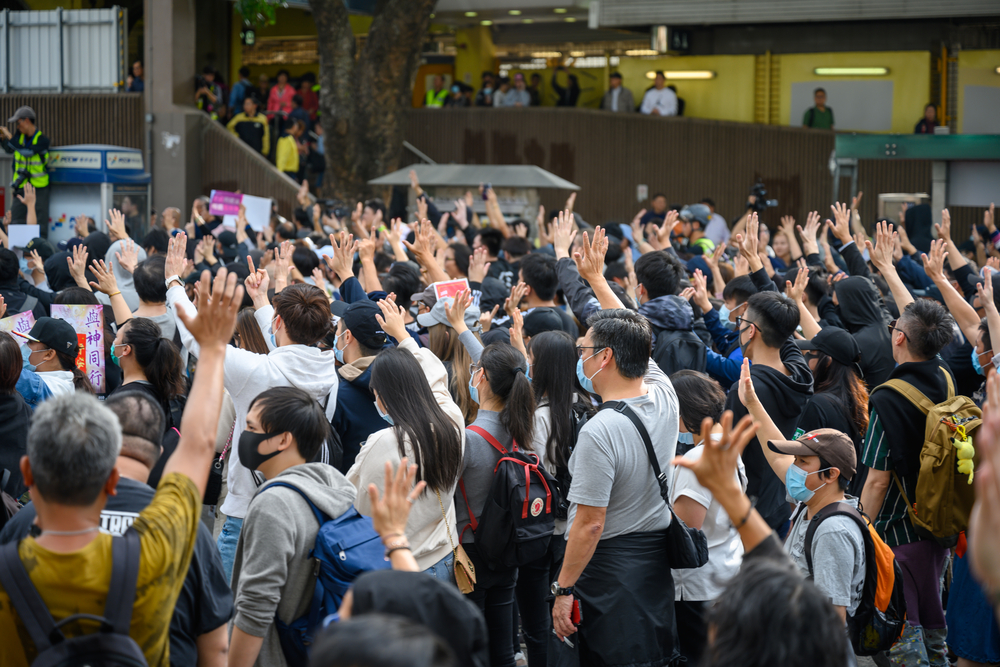 In 1997, Hong Kong, a former British colony, was returned to Chinese possession under the guidelines set forth in the Sino-British Joint Declaration. The Declaration established rules whereby Hong Kong — which would eventually become part of China once more — would retain their legal and administrative systems distinct from those in mainland China known as ‘one country, two systems’ for the next 50 years (from the signing of the treaty).

The one country, two system policy came to a premature and unfortunate end, however, with the recent passage of a new security law in the Chinese legislature that curtails political and civil freedoms — banning secession, subverting state power, terrorism, foreign intervention, and allowing mainland China’s security agencies to operate in the city — the case continues to grow stronger for letting Hongkongers migrate to the United States. This policy would be an economic boon for the United States, help the people of Hong Kong, and stick it to mainland China. Much as we would have a moral obligation to save a small child drowning in a shallow pond — given that we could intervene with little or no risk to ourselves — we have an obligation to offer Hong Kong a hand, contrary to what naysayers may claim. Allow me to make the case.

Many believe there are compelling reasons to favor low levels of immigration because, say, higher immigration would harm workers. But the reverse is true: economists estimate that if rich nations, like the United States and Canada, opened their borders to peaceful, law-abiding immigrants, the world would be trillions of dollars richer. The economic gains of open borders would be so substantial that many costs of such a policy would be minor compared to the gains, as economist Bryan Caplan cleverly argues in his graphic non-fiction book, Open Borders: The Science and Ethics of Immigration. Allowing immigrants, even those from poor nations with lackluster institutions, to emigrate to rich nations with robust institutions would magnify their productivity, and benefit host nations — e.g., just as the same worker would be more productive with a computer than a mere typewriter.

Many critics object that open borders will result in immigrants taking jobs from natives, or that they lack similar political values that would undercut essential institutions like democracy or the market, or even that they would bankrupt social welfare programs. But every objection, unconvincing as it is under ordinary conditions given the vast wealth liberalizing immigration would create, is even more underwhelming when applied to immigration from Hong Kong. We should review these objections to increased immigration generally, and with respect to Hongkongers specifically.

Many critics of relaxed immigration worry it harms workers, especially low-skilled workers — by, in part, increasing the supply of cheap labor. However, the empirical evidence shows that this isn’t true: according to recent U.S. Census Bureau (2011) data, most Americans aren’t low-skilled — many are at least high school graduates — and greater levels of immigration hurt low-skilled workers, but only slightly in the short term, and benefit everyone else. (Most Americans are customers of new immigrants, not competitors). Other critics worry immigrants will take advantage of social welfare programs, thereby straining their limited resources. As it happens though, the evidence doesn’t bear this out either: good evidence of widespread abuse is lacking, and even on the most pessimistic figures, higher immigration would cost American families but a few dollars a month in taxes to fund the welfare state. This number leaves off the sizeable economic gains from liberalized immigration we discussed earlier.

Finally, with respect to immigrants from Hong Kong, some may worry letting Hongkongers in would undercut our political institutions — they may, for instance, hold values that are antithetical to the liberalism undergirding our society. However, based on the available evidence, Hongkongers tend to be pro-democracy. And this trend has been increasing in recent years — presumably in part because of greater pressure Beijing has exerted over the region. In addition, many Hongkongers speak English, and they tend to be well-educated with a high college graduation rate. And finally, their legal system is based on English common law, and local laws codified in the Laws of Hong Kong — both the United States and Hong Kong have similar legal systems as former British colonies. Together, these factors cast doubt on the claim that Hong Kong immigration would be a bad idea, and instead put the onus on critics to explain why letting Hongkongers in would be sufficiently bad to justify keeping them out.

The conflict between the Chinese government and free nations isn’t merely about trade policy or shipping routes in the South China Sea. It includes how other nations, as onlookers, are influenced by China and the US in crafting their internal policies, supporting international law, and securing civil liberties – things like peaceful assembly, freedom of religion, and the right to criticize the government. We often take these things for granted, but events in Hong Kong are a stark reminder that we shouldn’t. Freedom isn’t free, but we can lend it a helping hand, by responding to China’s aggression with a positive-sum approach that would benefit both Hongkongers and the US.