Coronavirus, College Board, and AP Exams 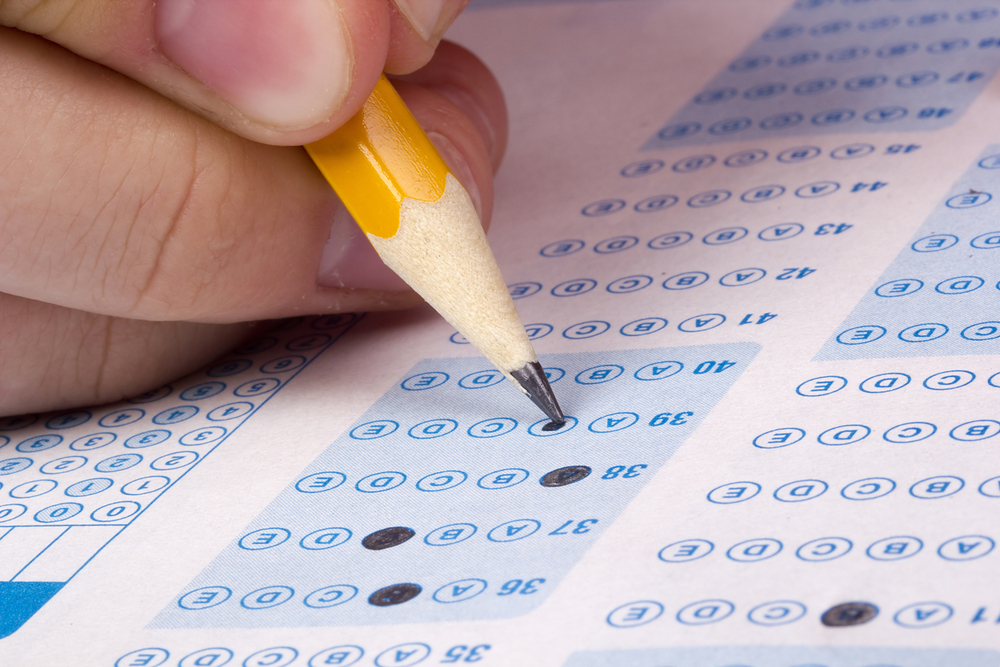 “Taking a Test” by VIPDesignUSA (via depositphotos)

With the last Advanced Placement (AP) exams finished on May 22nd, it marked the end of the jam packed 2 weeks of AP testing. However, this year was no normal year for AP exams. Due to school closures from the coronavirus pandemic, AP tests could no longer be administered in schools as usual, but were instead taken at home. As tests moved online, AP tests were quickly modified in format to significantly shorten the exam. AP tests are usually quite time consuming, with a full exam lasting around 4 hours, but this year’s AP exams were shortened to just 50 minutes. Although this decision was initially praised by many students and teachers, the newly formatted online tests brought with them a number of problems. From technological issues with submitting answers to poorly formatted test questions and unfair testing environments, various issues with the new AP exam consistently arose throughout the two week testing period. Due to this, College Board is now facing a 500 million dollar lawsuit with claims against “breach of contract, gross negligence, misrepresentation and violations of the Americans With Disabilities Act.”

Of the many issues experienced by students during the AP exam, one glaring problem of the newly formatted AP tests seemed to stand out: the high randomness factor in student’s scores. To understand this, one needs to compare the original AP test to the new ones. The original AP tests consisted of a multiple choice and writing section where the multiple choice section represented a larger percentage of the final score. However, this year, the multiple choice was completely eliminated, leaving students with a significantly shortened writing portion. This created a randomness factor where students could not be tested on the full material of the course but only a small selection of the material. This type of testing can often lead to an unrepresentative score of the student’s knowledge if a student is tested on a concept in which the student is considerably weaker or stronger in. Since a small range of random concepts are tested in a shorter exam, exams could not possibly holistically measure the student’s knowledge of the course material.

To add to the randomness in exams, many exams, specifically STEM exams, were formatted in a multipart question where question 1, for example, has parts A through L. One may think that this multipart question format would be better at testing a wide range of concepts. However, there is a catch, the questions are formatted in a way so that the answers are dependent to the previous part. For example, part D of question 1 would need to use the answer from part C to find the correct answer for part D, and part C would need the answer from part B to find the correct answer for C, and so on. So if a student were to get part B wrong, then it would cause a chain reaction causing the student to miss parts B,C, and D. The student could fully understand the concept for answering C and D, but would get it wrong due to a missed answer on part B. On this year’s AP tests, this type of formatting was pushed to the extreme, where 5 following parts would be dependent on the answer for the primary part. If this were to occur on a regular AP test, a wrong answer on these types of exam questions would have a negative effect, but there would always be multiple writing questions and a large multiple choice section to balance out wrong answers to multipart questions. However, on this shortened exam, a wrong answer could lead to an extremely detrimental effect on the final test score, a score not representative of the student’s actual knowledge of the course material.

So why might all this matter? AP exams determine if a student receives college credit for the course and also plays a role in the college admissions process. In most cases, a score above a 3 or 4 (out of 5) on an AP exam will grant college credit for the course. With high stakes on the line as to whether or not a student will receive credit for a year’s worth of hard work, an exam should be randomness-minimizing and be reflective of student’s knowledge on the subject. However, with the multipart questions and a fraction of the course material tested, the exam this year provided unrepresentative exam scores for students. A student, by the chance of bad luck, could be tested on the one concept in which he or she was weak in, which could lead to an exam score that denies a year’s worth of a student’s hard work.

However, College Board’s poorly formatted exams were only the tip of the iceberg for many students. Other factors of randomness and external factors plagued the AP exams this year.

One significant issue was undoubtedly the widespread technological problems, more specifically, students encountering issues with the process of uploading and submitting exam answers. Many videos of students unable to submit exam responses were posted all over social media. Although College Board reported 1% of students were not able to submit their responses, that amounts to almost 10,000 students unable to submit their final exams. Many students, at no fault of their own, now will have to redo the AP exam in early June. Students now have to face the burden of the College Board’s mismanagement of online servers, a burden in which they had no control over.

On top of this, online AP exams were clearly unable to create a fair testing environment. Any test or exam, especially exams which determine college credit, are at minimum expected to provide a fair testing environment. However, online AP exams failed to meet this standard. Critics have argued that online AP tests disregard the fact that many students may not have access to reliable internet. Many low-income students depend on the educational resources (wifi, books, computers) provided by schools and public institutions like libraries, but without access to those resources many won’t even get a chance to take the test. With so many experiencing economic hardship due to COVID-19,  and the further obstacle of inaccessible public educational resources, AP tests cannot adequately or accurately measure students’ knowledge of the course material. The effects of this are that AP scores play a part in college admissions, so unfair AP test environments could disproportionately affect different groups of students thereby ruining our notion of meritocracy in education.

Furthermore, taking tests at home also comes with many other obstacles to creating a fair test environment due to external distractions such as siblings or even something so simple as the time in which AP exams are set. For example, many American international school students across the world are forced to take tests at inadequate times because a 2pm EST test would be a 3am test for international school students in Japan. However, the biggest factor that contributes to an unfair testing environment is the potential for collaboration on these exams. Students can easily obtain a competitive advantage through cheating without the presence of a proctor. With so many external factors complicating online testing, these online AP tests failed to provide a fair testing environment.

So why then did College Board, despite the clear problems regarding unfair testing environments, shortened test formats, and technological problems, decide to continue the AP test? Why didn’t College Board follow suit of other academic organizations such as international baccalaureate (IB) who cancelled their exams and instead used overall quality of coursework throughout the year to assess whether a student qualifies for credit? The truth is if College Board were to cancel AP exams, they would face pressures to return the money back to students. Considering College Board made over 1 billion dollars in revenue, more than 130 million dollars in profit in 2017, and the president of College Board makes over 1 million dollars a year all despite being a supposed nonprofit, it seems quite clear there are incentives in place other than the well-being of students’ education.

In the end, the purpose of AP tests is to provide a measure and representation of the student’s knowledge of the course material. When an AP test is not able to meet that purpose with this year’s online AP exam format, then the AP scores only serve as a number that cannot possibly measure the student’s knowledge of the class material. Despite this, this obsolete number will be the determinant in a student earning college credit and be a factor in the college admissions process.