The Problem and Potential of Provincialism 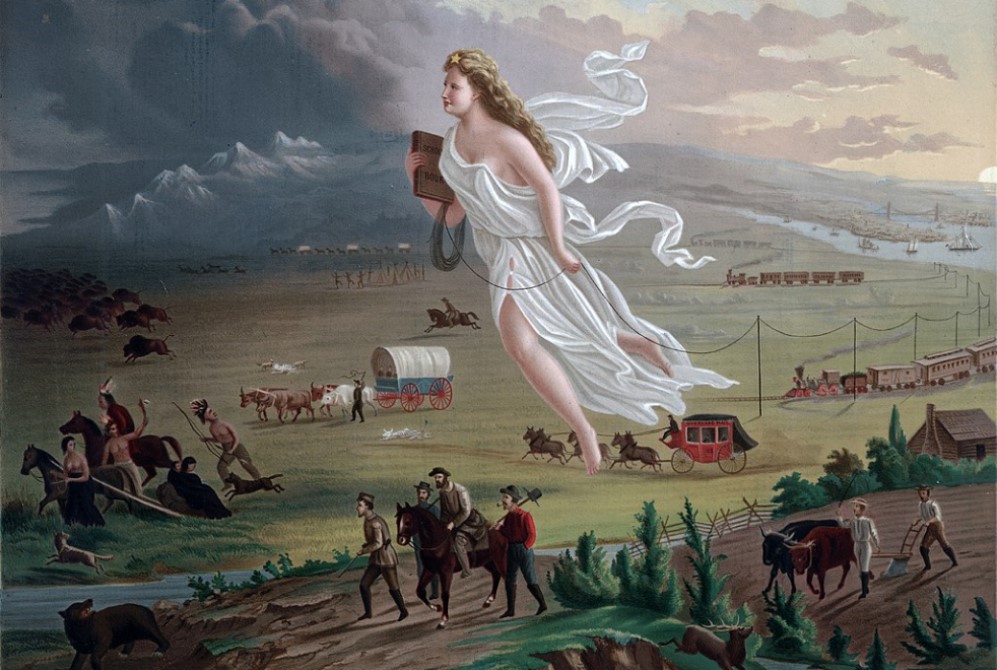 In most respects, the United States is isolated and protected from the problems of the world. While WWI and WWII devastated much of the world, the wars never made it to US soil. The geography and military capability of the United States made sure of that. And, afterward, US economic and political dominance only grew. The US dollar became the world’s reserve currency. Excepting natural disaster, the only structural damage that comes to the US comes at its own hand.

As such, Americans are exceptionally ignorant of world affairs. We may be better informed than the impoverished of many nations in the Global South, but this comparative advantage is easily explained by our increased access to information. Compared to the industrialized nations in Europe, the United States is greatly outperformed in knowledge of world affairs.

The vast majority of the time, Americans have no reason to think or care about the world. This fact is well-known enough to be a subject for jokes. In the very first episode of the YouTube series, Crash Course US History hosted by author and educator John Green, Green comments on his desktop globe, which has every land region painted over in green except the United States. This is tongue-in-cheek of course, but the joke only works because it has truth to it. Though the people of all countries put their domestic affairs ahead of international ones in most cases, Americans are unique in their utter disregard for problems that do not directly affect them. Here, we are safe. Here, we are free.

But in recent times, we have experienced an exception to the rule. Viruses do not much respect borders and tend to ignore the customs agents. So, the global problem of COVID-19 has seeped into even the smallest, most rural towns in the country. In this rare case, the global problem—as John Green would say, the problem of “the green parts of Not-America”—has become a domestic issue. And so, unlike most every problem of Not-America, COVID-19 is getting tons of mainstream news coverage and many Americans are paying attention to what is happening in Italy, in Korea, in China, and elsewhere, if only to get ahead of their own domestic experience of the virus.

The term for this sort of behavior, common to Americans, is “provincialism,” or, less kindly, “parochialism.” And, as I have presented it so far, associating it with terms like “ignorance” and “disregard,” I seem to be presenting it as a moral flaw of the American populace. But, the idea that this is a flaw is not so clear.

The United States government, like increasingly many governments nowadays, is a representative democracy. Because it is impractical for every citizen to vote on every issue, both for logistical reasons and because it is difficult to assure everyone has expertise on every issue, we elect representatives to decide on political solutions for us. And today, our representatives themselves tend to rely on still other people to guide them because the political issues of today, unlike in 1783, are so much more complex. It is quite unreasonable to expect even a representative to form an opinion on how to approach climate change, or the efficacy of different tax incentive structures, based on the raw data. In the United States, the Congressional Research Service provides detailed analysis for our representatives to use in making their decisions. If we have such a resource, why does every citizen really need to know what is happening in Myanmar, Monaco, or Malawi? So long as each of us acts in our self-interest, so long as we elect representatives who act in accordance with those interests, and so long as those representatives are informed by such reputable sources as the CRS, there seems to be no need for widespread citizen awareness of global affairs. Our province is all we need know.

In the ideal case, this argument obtains. But, reality—in all its stubbornness—rarely chooses to conform to our ideals. The problem of idealism failing when met with reality is well encapsulated in a famous quote from Roman poet Juvenal: quis custodiet ipsos custodes? Who watches the watchers? Representative democracy is already nonideal. In the truly ideal society, every citizen would have perfect knowledge, would be able to apply that knowledge to their self-interest, and would vote in accordance with that self-interest. Representative democracy is a compromise. And so is our representatives’ dependence on the CRS. As the knowledge of truth and falsehood becomes concentrated in the hands of the few, there is little room to question the government. For what do you know compared to your representatives, or they compared to the scholars of the CRS?

Thomas Jefferson recognized this problem long before our time. He wrote in a letter to George Wythe that “I think by far the most important bill in our whole code is that for the diffusion of knowlege among the people. No other sure foundation can be devised for the preservation of freedom, and happiness.” In his time, the people were to trust kings and priests and in light of the oppression that came along with that trust he wrote: “Let our countrymen know that the people alone can protect us against these evils” for “kings, priests and nobles. . . will rise up among us if we leave the people in ignorance.” Unfortunately, now we the people have been left in ignorance, by our own hands as well as by the news media who respond to our demand only for news of domestic affairs, unless of course, some bombs are being dropped in some exotic locale.

This is not only worse for us, but for all the people of the world. A focus on domestic affairs encourages Americans and their representatives to value their own interests above those of others, even to the point of taking actions to superficially benefit themselves when, as a whole, those actions hurt them as well as others.

The prototypical example of this can be found in the COVID-19 pandemic. During the pandemic, the United States government has attempted to hoard medical supplies, including N-95 rated masks, particularly by banning their export to other countries. While these bans were partially lifted later on, that they were ever instituted at all—and allowed to persist even in a limited capacity—is testament to our short-sighted self-interest. In a classic case of game theory brought to life, when these bans are instituted, other nations retaliate, and, on the whole, everyone is left worse off.

“But,” you might say, “you’re demanding the unreasonable and the impossible. How are we, a nation of people working so much, to stay up-to-date on global affairs? How are we, as a collective, to ignore our self-interest?” And you would be right to ask these questions. Thomas Jefferson was, for better or worse, fairly idealistic. Some people just don’t care. And we can’t make them care. The issue, then, is better presented as an either-or.

Either we find a way to approach the impossible, perhaps by way of expanded public education and incentivizing knowledge of global affairs, or we find a way to assure our representatives are tied to the truth, unable to act indifferently to it. There are good arguments for a limited sort of parochialism. In practice, market-based economic systems like those of most industrialized countries, do not rely on consumers having perfect knowledge, and yet they seem to work fairly well at efficiently allocating goods.

In a similar way, utilitarianism is often chided for demanding practitioners to consider how their actions could affect the whole of humanity for all time. Not only is it impossible to do so for our finite minds, but any attempt to do so can be paralyzing. There is a great deal of allure to leaders who take decisive action, even if they have not considered the problem they seek to solve at great length, seeking the perfect solution. In reality, decisions have to be made with some rapidity.

The solution to the problem of parochialism is unclear, and though in practice it provides great efficiency, its trade-off is increased uncertainty on the part of most people, and the potential for oppression by leaders whose knowledge greatly exceeds that of their citizens. As the aphorism goes, scientia potentia est. Knowledge is power. And since we also know “Power tends to corrupt, and absolute power corrupts absolutely,” by the transitive property we can deduce, absolute knowledge corrupts absolutely.

COVID-19 has demonstrated some of these flaws, particularly with the more severe parochialism to which Americans are uniquely subject. But due to the rarity of such situations where the global affects the domestic in such an extraordinary way, it is questionable whether Americans will do much to abrogate their parochialism and whether, in fact, they should. Nonetheless, even if the pursuit of knowledge necessary for an ideal citizenry is unobtainable, the citizenry, ideally, will find it necessary to have knowledge of that pursuit. Only then will we know how to go forward, how much we ought to depend on the few holding our collective knowledge, how much we should seek to understand ourselves, and whether our seeking should include global affairs or only those of our own provinces.