COVID-19 to Climate Change: Who Can Act? 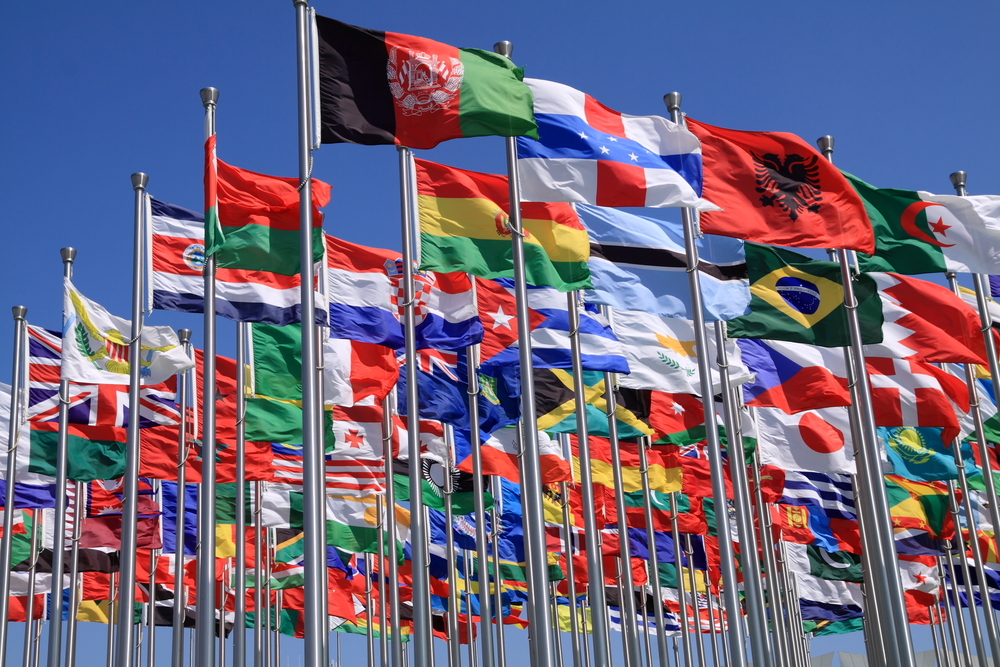 “The national flags all over the world” by Alan (via depositphotos)

Many parts of the world have been isolating for months. These measures have caused a drastic reduction in the processes that represent individual’s impacts on the environment, including gasoline consumption related to commutes and transportation to visit loved ones and eating out. Airlines and cruise ships have not been able to make port calls in the US and have largely cancelled vacations for months. The unprecedented human isolation has led to a number of reports about how cities are “returning to nature,” running the gamut of dubious to reliable (no, dolphins weren’t returning to the canals of Venice, but some penguins and goats hopefully had a fun time exploring their local cities free of humans noisily lugging ourselves about).

However, a number of expert trackers report that all of these different and dramatic behaviors on our part have made only a slight impact on the climate efforts that nations have been pushing for in the recent decades. If this were true, we could be dispirited – even with this much change in our behavior, perhaps there is no hope in fixing or altering our climate reality. Luckily, environmental ethics have been framing this question for decades with this very assumption in place.

There are two issues related to individual impact on climate change: empirical issues and normative ones.

The empirical question is whether individuals contribute to the current issues we are seeing affecting the environment? This question gets at the sort of behaviors that are making changes for flora, fauna, and climatic conditions on our planet. For instance, we see plastics in the ocean killing turtles and altering their habitat. We see the Great Pacific Garbage patch, making a huge impact on untold oceanic conditions. We see the deep sea fishing trawlers disturbing seabeds that make up habitats of a great number of creatures and disturb the water conditions that go on to impact many more.

When we look at these issues from the lens of individual behaviors, we think that to help the number of plastics in the ocean killing sea turtles, for instance, we should use sustainable straws; to help the Great Pacific Garbage patch, we should recycle and create less waste. To reduce the impact of deep-sea fishing, we should be mindful of our seafood consumption. The underlying assumption there is that individual behaviors contribute to the current conditions, and therefore altering them can make a difference to them. However, evidence is mounting that individuals will not resolve the climate issues we are facing. Individuals recycling and reducing plastic use will not make a sufficient dent in plastic pollution, for instance. According to Ted A. Warfield in “Eating Dead Animals,” the individual choice to refrain from consuming or purchasing meat will not make a significant difference in the damages of the meat industry.

These adjustments have largely been hypothetical—it’s hard to get masses of people to change their habits. Let’s turn to the current impact of isolation—one of the most drastic mass adjustments to individual behaviors in this generation. Consider the amount that carbon emissions have actually dropped since isolation measures began in the US: they are down approximately 6% according to some sources, a feat that regulations and treaties have failed to accomplish. Significantly, this drop in emissions seems to be the result almost solely of individual behavior shifts. However, it is important to note that this drop is STILL lower than the goals set by the Paris Climate Agreement, and according to the UN we need to cut emissions by 7.6% every year to stand a chance of avoiding the catastrophic heating of our planet. As Guardian correspondent George Manbiot says, “The lockdown exposes the limits of individual action. Travelling less helps, but not enough. To make the necessary cuts we need structural change.”

The second, normative, issue related to the individual impact on climate change is the extent to which individuals are responsible or the ones at fault for the current issues we are seeing affecting the environment. Walter Sinnott-Armstrong argues that it is not the responsibility of the individual to reduce the impact humans are having on climate change. Because climate change is a global challenge, groups that exist at the global level hold the responsibility for addressing it: governments. The way that governments can address climate change include enforcing regulations on corporations and industries that have high carbon emissions (airline and cruise companies), that create waste that harms biomes (chemical, paper, and paint manufacturing), and whose practices inhibit the healthy functioning of habitats (deep sea fishing, intensive animal farming).

When governments fail to address these global, shared problems, the responsibility for fixing them does not necessarily disseminate to individuals. Problems that exist that require more than individual efforts to solve, like repairing bridges and tunnels, and building roads, create group responsibilities. The fault for not addressing climate change is at the level of governments and members of international communities that are in a position to regulate the operation of corporations and industries that are causing damage to our collective resources.

Thus, the implication of the empirical issue is that the contribution of individual behaviors to mitigate or reverse climate change is minimal. The implication of the normative issue is that it is the responsibility of governments and international organizations to mitigate or reverse climate change. Hopefully, one of the results of this time of international crisis can be the realization that it is not just pandemics that require the development of international will and coordination in times of global need.