The Pandemic and the Threat of Income Inequality 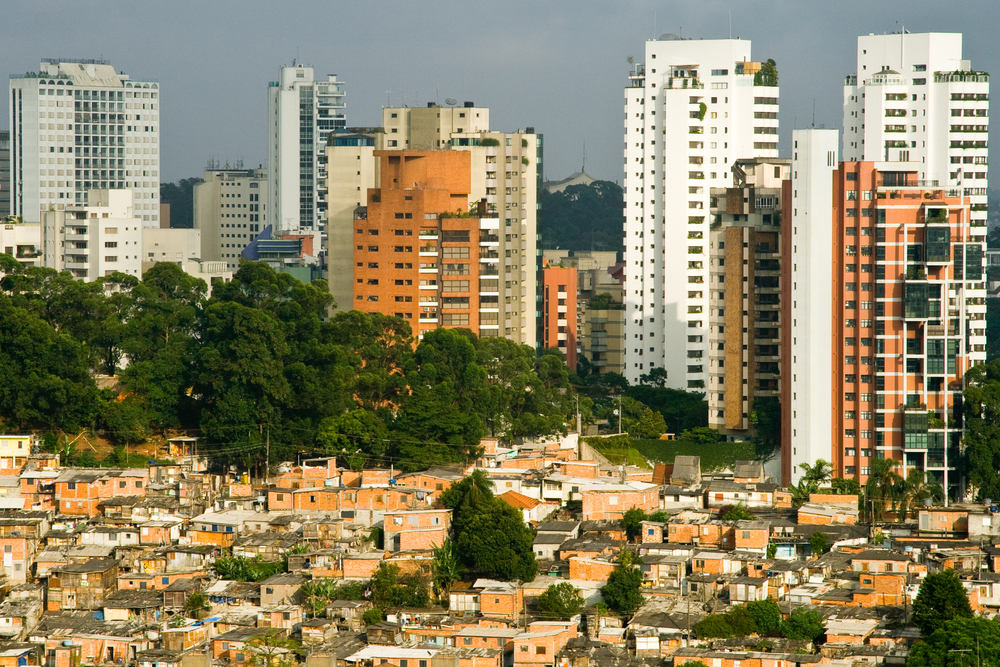 “Social Contrast” by CelsoDiniz (via depositphotos)

The United States has one of the highest levels of wealth inequality in the developed world. It is not new information to most people that the top 1% of income earners make 30 times the income of those in the middle. The top 10% of families held 76% of the wealth in the United States in 2013. Over the past ten years many have tied this information to national security. An article from 2013 notes that this disparity, along with a lack of employment, could lead to an increase in youth gangs, property crime, and higher prison populations. Another from 2018 similarly points to the potential for higher crime. Despite these concerns, others have argued that we should not see income inequality as a problem. In 2013, the Cato Institute argued that the threat of civil unrest owing to income inequality is negligible and has no relationship to the concept of national security, noting “it is difficult to credit the view that inequality poses a security threat unless ‘security’ is completely redefined.” In 2017, the Heritage Foundation published a report arguing that there is little evidence that the very rich and the very poor have significantly divergent interests or influence over policy.

Yet, one event that the articles I have cited did not seem to see coming was an existential threat like a viral pandemic. It is well known from past cases that viral outbreaks can be particularly harsh on the poor. During the 1918 Spanish flu epidemic, the poor were significantly affected by the first wave. During the current COVID-19 epidemic we see this pattern repeating. Given that many people are now staying and home and not working, income is falling. Half of the nation would not have $400 if needed for an emergency which means that they are going to have a difficult time paying their rent and other living expenses. The result is going to be that millions will not be able to pay and could face evictions. While some politicians and governments are working to prevent this, that hasn’t stopped the calls for rent strikes during the pandemic. This means that during a time when social distancing is necessary, evictions and increases in the number of homeless will make the spread of the virus more difficult to contain.

In addition, wealth inequality is having a direct effect on healthcare. Roughly 10% of Americans did not have health insurance before the pandemic and most of these are likely to live in poverty. Without insurance, people are more likely to want to treat themselves at home or to avoid seeing a doctor. Now, millions of Americans who rely on employment benefits for coverage may now lose it. As many as 14 million may lose their jobs by summer. Those most vulnerable for losing their jobs are likely to work in the service and retail industries and are more likely to be low-wage workers. The cost of treatment for COVID-19 can be up to $35,000. This means that millions of Americans who could already not afford to pay rent can definitely not afford the potential cost of treatment. Indeed, there are already reports of potential deaths owing to lack of insurance.

What this means is that you now have large numbers of people who, despite the risk of increasing the spread of COVID-19, now still need to work in order to prevent losing their homes and their coverage. You have people who have now lost their jobs and their healthcare coverage less likely to seek medical care if they need it or to follow health protocols prescribed by governments to prevent the spread of the virus. This means that less will come forward for testing and less treatment of those who may have contracted COVID-19. As Joseph Eisenberg, chair of epidemiology at the University of Michigan notes, “People will go a lot longer since they don’t have access to healthcare…that both means they’ve been in the community more and been transmitting more, and when they get to the hospital their prognosis is going to be a lot worse.” So, in addition to a health crisis, there will also likely be an insurance crisis and a housing crisis owing to the economic situation of those worse off.

In addition, many of the jobs now deemed essential to keep supply chains going are those filled by the working poor. These include those who work in the food industry, custodial staff, many others including grocery stores staff. These people, in addition to staff employed in Amazon warehouses, are worried about a lack of protection against the virus. Amazon workers are calling for a strike to demand protection. Grocery store staff are worried about a lack of protective equipment as well. Despite efforts to protect these employees, several of them have now contracted the virus. At first many of these employers were not even offering paid sick leave and now that they are, there is still confusion. While many of these employers are now offering pay raises in response to the crisis, this still means that we are in a situation where most of us are now depending on low income workers to keep deliveries coming and to ensure that there is still food on the store shelves. These individuals are the very same who are now at a higher risk of contracting the virus and simultaneously less likely to seek treatment for it.

How does all of this relate to national security? Income inequality has exacerbated the healthcare crisis, will contribute to the eventual economic and financial crises, and has resulted in a situation where society is now counting on many of the poorest people to continue to risk their health in order to ensure supply lines continue to function, all while being more likely to be hurt by the pandemic. Now only does this increase the risk of social unrest, it makes handling the pandemic more difficult. Income inequality is now an existential threat to national security. While it may be easy to think that once the pandemic ends this threat will pass, a warming climate means the range of disease-carrying animals is increasing; this may not be the last major pandemic we will face. While it is cynical to think that we should only deal with a problem like income inequality because of this, the fact that the disparity between the rich and poor is a national security threat reminds us that there is a moral significance for everyone to do something about it.