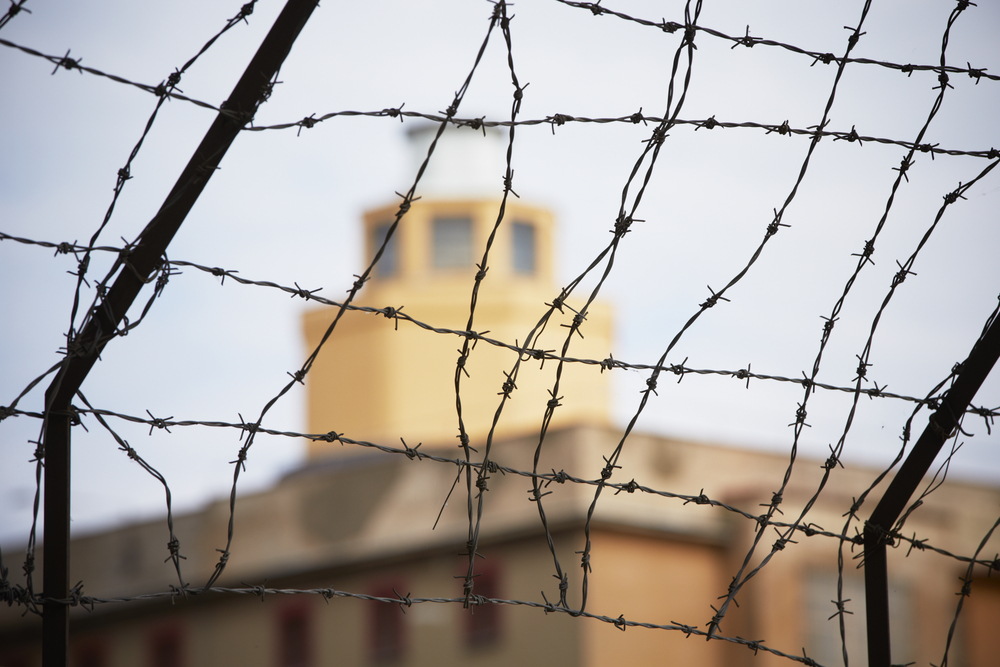 “Prison” by Chalabala (via depositphotos)

More people per capita are incarcerated in the United States than in any other country in the world—698 out of every 100,000 people are currently incarcerated. Many jails and prisons in the United States are overcrowded. This means that the number of people they have detained exceeds their safe carrying capacity both in terms of space and resources. As the COVID-19 threat intensifies, people across the planet are being strongly encouraged, and in some cases ordered, to stay at home and to practice social distancing. This advice is impossible to follow in a jail or a prison, especially one that is overcrowded. At the time of this writing, hundreds of inmates and prison staff have tested positive for COVID-19.

Conditions in jail and prison are far from ideal for preventing and responding to infectious disease. To fight the spread, people are being asked to wash their hands regularly. Detention facilities are often set up in such a way that regular hand washing is not easy. In many institutions, hand sanitizer is considered contraband because of its high alcohol content. Inmates found in possession of it face disciplinary action. The same bathrooms are used by many people, and toilet paper and tissue are limited. To complicate matters, healthcare services in detention facilities are often shorthanded and of poor quality. These elements of detention environments create extremely unsafe conditions not only for incarcerated people, but also for staff at those institutions.

In response to these concerns, authorities at both state and federal levels have ordered the release of incarcerated individuals. On March 27th, Attorney General William Barr directed the Federal Bureau of Prisons to release some of their prisoners that are sick or elderly, depending on the nature of their crimes and their record of behavior while incarcerated. He asked federal prisons to consider whether confinement at home might be the best option for these prisoners.

State systems are also taking steps to reduce the number of prisoners at their facilities. For example, in Utah, prison officials are expected to release at least 80 inmates by Thursday, April 2nd. They are focusing their attention on people whose parole or release dates were set to take place in the next few months.

The COVID-19 crisis in United States detention facilities highlights a troubling fact about the criminal justice system in the United States. Across the country, 555,000 people are detained in prison who have been arrested but not convicted of any crime. What’s more, 25% of people in jails are being held for low-level offenses like jaywalking or sitting on the sidewalk. The average cost of bail in the United States is $10,000, and those who remain in jail until their trials are people who cannot afford to pay that bail. In the current context, the result is that poor people who are arrested but who have not yet had their day in court are forced to remain in an environment in which social distancing is impossible. Many of these people may well be innocent of the crime for which they are accused.

Some states are taking preventative action to reduce the number of people being held in jail during the COVID-19 emergency. For example, in the case of misdemeanors, officers across the country are being asked to give citations rather than make physical arrests.

Critics of the decision to release inmates argue that, at the very least, victims of accused or convicted persons should be made aware of the release before it happens. After all, in at least some cases, the released individuals might pose a threat to the person they victimized. Some argue that victims have a right to secure conditions in which they feel safe before inmates are released. One ready response to those that have these concerns is that most of the people who are being selected for early release are non-violent offenders, or offenders who for reasons such as age or infirmity are unlikely to perpetrate a violent crime upon release.

Many applaud the decision to release incarcerated individuals but are concerned that the process isn’t moving anywhere near quickly enough to prevent the spread. The delay that notification of victims would cause could make the situation much worse.

Others are concerned that release of convicted criminals and those arrested under suspicion of committing a crime is a miscarriage of justice and may constitute a significant threat to public safety. A pandemic doesn’t nullify the crimes that were committed, and criminals shouldn’t get off easy because we’re going through an international emergency.

In response, some argue that this line of thought expresses a purely retributivist attitude toward criminal punishment. This attitude is tremendously common in the United States, but there are good reasons to think that it is misguided. In an ideal world, our response to criminal behavior shouldn’t simply be to put offenders in prison and throw away the key; instead it should be guided by more holistic and evidence-based considerations about what would be best both for the offender and for society at large. People who commit crimes are still human beings deserving of moral consideration and concern.

People who commit crimes do so with full awareness that there might be legal consequences. That said, the decision to commit a crime does not translate into a decision to be locked up in close quarters with people who carry a deadly infectious disease. No person deserves that; it’s inhumane. If all goes well, we’ll deal with the spread of COVID-19 in jails and prisons as best we can. Going forward, we are morally obligated to take preventative and proactive measures for dealing with this kind of thing in the future, knowing full well that prison populations are hotbeds for the spread of infectious disease.

Finally, our response to COVID-19 highlights something significant about criminal justice policy in this country—mass incarceration is not a practical necessity. There are steps that we can take to incarcerate fewer individuals. We know this because we are currently taking those very steps. This pandemic has the potential to teach us many lessons. With any luck, it will cause our culture to be more reflective about our incarceration practices.