Hydroxychloroquine and the Problem of Expert Disagreement 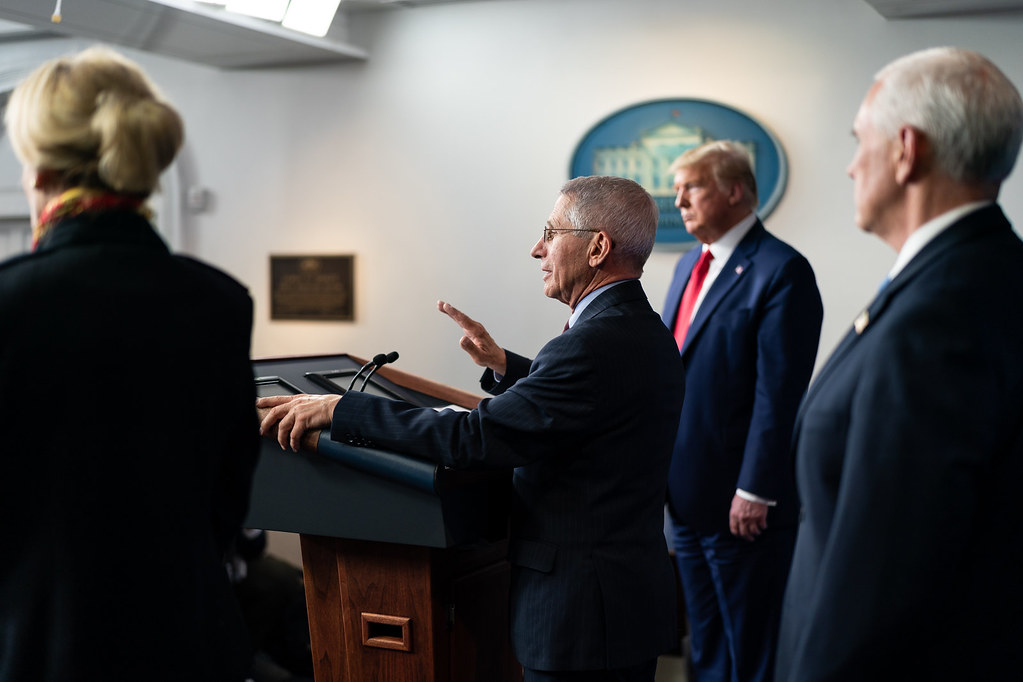 On April 5th, after promoting the use of an anti-malarial drug to (possibly) help stem the tide of the coronavirus outbreak, President Trump commented, “What do I know? I’m not a doctor, but I have common sense.” According to Trump, even though we still lack conclusive evidence that hydroxychloroquine is an effective treatment for COVID-19, there is no reason not to try using it: the medication has been prescribed for other reasons for years and some preliminary results suggest it might also help diminish the effects of the novel coronavirus.

In contrast, Dr. Anthony Fauci, the director of the National Institute of Allergy and Infectious Diseases and member of the Coronavirus Task Force assembled by the White House to combat the outbreak, has repeatedly cautioned against counting on a treatment regimen that, based on what we know at this point, may not actually work; speaking to Fox and Friends on April 3rd, Fauci warned “We’ve got to be careful that we don’t make that majestic leap to assume that this is a knockout drug. We still need to do the kinds of studies that definitely prove whether any intervention is truly safe and effective.”

What should the average American (who, presumably, knows next to nothing about hydroxychloroquine) make of this disagreement? In most cases, we have reason to believe that the President of the United States – whoever that person happens to be – is in a position to be well-informed and trustworthy. Similarly, we have good reasons to think that doctors who have been appointed to lead federal research institutes (like the NIAID) – not to mention medical doctors in general – are believable experts about medications and prescription practices, as well as other matters of healthcare. How is a non-expert supposed to know who should be believed when purported experts disagree?

This is what philosophers sometimes call the “problem of expert disagreement” – if a layperson needs the insight of an expert to make a reasonable judgment about a claim, but two potential experts disagree, how can the layperson decide which expert to believe? Although the answer here might initially seem trivially easy – the layperson should just listen to whichever expert has more relevant knowledge about the claim – things aren’t so simple: how can the layperson know what counts as “relevant knowledge” if they are, in fact, just a layperson?

So, instead, we might look to the credentials of the two experts to see what sort of education or experience they might be employing when making their recommendations. If we know that one expert graduated from a well-respected university that specializes in the relevant field while the other received a degree from a university that does not train experts in the specific domain, then we have some reason to trust the first over the second. Ultimately, though, this test might not be much better than the first option: it requires the layperson to be able to judge the relative merit of credentialing institutions rather than credentialed individuals and this also seems unrealistic to expect actual laypersons to be capable of doing.

It’s worth noting, though, that this is exactly what laypersons think they’re doing when they simply assert that someone “went to Cornell” or “is the President” – they’re citing some person as an authority in virtue of credentials that they hold, regardless of whether those credentials are actually relevant to the question up for debate. In the worst cases, this isn’t just some misleading effect of celebrity, it’s actually the fallacious “argument from authority” (or an argumentum ad verecundiam, if you prefer): this example of bad reasoning occurs whenever a bad argument is grounded on the basis of someone’s authority in an irrelevant area of expertise.

Finally, laypersons might judge between two disagreeing experts by investigating which expert agrees with the standard consensus of other experts in their field. By increasing the sample size of experts beyond just the original two, the layperson can feasibly judge whether or not a particular person is an outlier among their peers. Presumably, a majority of experts will hold the most credibly supported position in the field (indeed, it’s not clear what else would constitute such a position). Of course, there are problems with this method too (experts in a field might agree with each other for all sorts of reasons other than a concern for the truth, for example), but it’s worth noting that this technique can be used even by the most ignorant of laypersons: all we need to know to judge between two experts is which expert’s peer group is bigger.

Typically, the problem of expert disagreement is debated among philosophers interested in social epistemology – the study of how knowledge works in group contexts – but when expert testimony bears on moral matters then ethicists should be concerned with it as well. It’s general epistemological doctrine that thinkers should believe what’s true, but (even if you deny this) it’s straightforwardly (or at least pragmatically) clear that people interested in protecting themselves and their loved ones from a pandemic should listen to the best medical experts available.

All of this is to say that, in the case of hydroxychloroquine and its purported role in fighting COVID-19, Fauci’s expertise (if you’ll forgive me for putting it this way) clearly trumps Trump’s. In the case of the first test, Dr. Fauci’s position as a medical expert gives his opinion immediate priority for medical questions over that of President Trump (whose job often entails seeking the expert advice of specialists like Fauci). For the second test, Dr. Fauci’s educational and professional career are clearly more relevant to medical questions than President Trump’s history of making real estate and television deals – and no amount of “common sense” matters here, either. Finally, although Trump has repeatedly referenced a survey of medical professionals in support of his position, Fauci’s insistence on controlled testing is simply the standard vetting process scientists seek to ensure that new treatment regimens are safe; the group Trump appeals to (based on that survey) numbers around 2300 individuals, whereas Fauci’s is something on the order of “most every medical researcher who has practiced in the last century.” United States presidents command many things, but the scientific method is not one of them.

Which might also be why Trump now appears to be actively censoring Fauci during press briefings, but that’s a topic for a different article.