COVID-19 and the Ethics of Belief 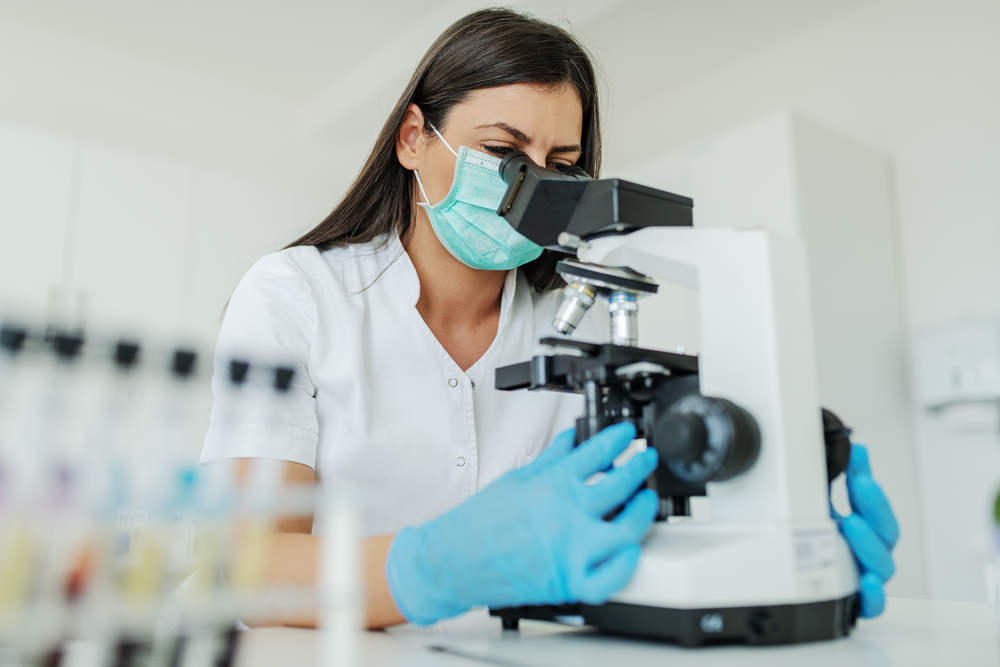 “Testing and prevention …” by dusanpetkovic (via depositphotos)

The current COVID-19 pandemic will likely have long-term effects that will be difficult to predict. This has certainly been the case with past pandemics. For example, the Black Death may have left a lasting mark on the human genome. Because of variations in human genetics, some people have genes which provide an immunological advantage to certain kinds of diseases. During the Black Death, those who had such genes were more likely to live and those without were more likely to do die. For example, a study of Rroma people, whose ancestors migrated to Europe from India one thousand years ago, revealed that those who migrated to Europe possessed genetic differences from their Indian ancestors that were relevant to the immune system response to Yersinia pestis, the bacterium that causes the Black Death. It’s possible that COVID-19 could lead to similar kinds of long-term effects. Are there moral conclusions that we can draw from this?

By itself, not really. Despite this being an example of natural selection at work, the fact that certain people are more likely to survive certain selection pressures than others does not indicate any kind of moral superiority. However, one moral lesson that we could take away is a willingness to make sure that our beliefs are well adapted to our environment. For example, a certain gene is neither good or bad in itself but becomes good or bad through the biochemical interactions within the organism in its environment. Genes that promote survival demonstrate their value to us by being put to (or being capable of being put to) the test of environmental conditions. In the time of COVID-19 one moral lesson the public at large should learn is to avoid wishful thinking and to demonstrate the fitness of our beliefs by putting them to empirical testing. The beliefs that are empirically successful are the beliefs that should carry on and be adopted.

For example, despite the complaints and resistance to social distancing, the idea has begun to demonstrate its value by being put to the test. This week the U.S. revised its model of projected deaths down from a minimum of 100,000 to 60,000 with the changes being credited to social distancing. In Canada, similar signs suggest that social distancing is “flattening the curve” and reducing the number of infections and thus reducing the strain on the healthcare system. On the other hand, stress, fear, and panic may lead us to accept ideas that are encouraging but not tested.

This is why it isn’t a good idea to look to “easy” solutions like hydroxychloroquine as a treatment for COVID-19. As Dr. Fauci has noted, there is no empirical evidence that the drug is effective at treating it. While there are reports of some success, these are merely anecdotal. He notes, “There have been cases that show there may be an effect and there are others to show there’s no effect.” Any benefits the drug may possess are mitigated by a number of factors that are not known. Variations among the population may exist and so need to be controlled for in a clinical study. Just as certain genes may only be beneficial under certain environing conditions, the same may be true of beliefs. An idea may seem positive or beneficial, but that may only be under certain conditions. Ideas and beliefs need to be tested under different conditions to see whether they hold up. While studies are being conducted on hydroxychloroquine, they are not finished.

Relying on wishful thinking instead can be dangerous. The president has claimed that he downplayed the virus at first because he wanted to be “America’s cheerleader,” but being optimistic or hopeful without seriously considering what one is up against, or by ignoring the warning signs, is a recipe for failure. The optimism that an outbreak wouldn’t occur delayed government action to engage in social distancing measures in Italy and in the U.S. and as a result thousands may die who may not have had the matter been treated more seriously sooner.

As a corollary from the last point, we need to get better at relying on experts. But we need to be clear about who has expertise and why? These are people who possess years of experience studying, researching, and investigating ideas in their field to determine which ones hold up to scrutiny and which ones fail. They may not always agree, but this is often owing to disagreements over assumptions that go into the model or because different models may not be measuring exactly the same thing. This kind of disagreement is okay, however, because anyone is theoretically capable of examining their assumptions and holding them up to critical scrutiny.

But why do the projections keep changing? Haven’t they been wrong? How can we rely on them? The answer is that the projections change as we learn more data. But this far preferable to believing the same thing regardless of changing findings. It may not be as comforting getting a single specific unchanging answer, but these are still the only ideas that have been informed by empirical testing. Even if an expert is proven wrong, the field can still learn from those mistakes and improve their conclusions.

But it is also important to recognize that non-medical experts cannot give expert medical advice. Even having a Ph.D. in economics does not qualify Peter Navarro to give advice relating to medicine, biochemistry, virology, epidemiology, or public health policy. Only having years of experience in that field will allow you to consider the relevant information necessary for solving technical problems and putting forward solutions best suited to survive the empirical test.

Perhaps we have seen evidence that a broad shift in thinking has already occurred. There are estimates that a vaccine could be six months to a year away. Polling has shown a decrease in the number of people who would question the safety of vaccines. So perhaps the relative success of ending the pandemic will inspire new trust in expert opinion. Or, maybe people are just scared and will later rationalize it.

Adopting the habit of putting our beliefs to the empirical test, the moral consequences of which are very serious right now, is going to be needed sooner rather than later. If and when a vaccine comes along for COVID-19, the anti-vaccination debate may magnify. And, once the COVID-19 situation settles, climate change is still an ongoing issue that could cause future pandemics. Trusting empirically-tested theories and expert testimony more, and relying less on hearsay, rumor, and fake news could be one of the most important moral decisions we make moving forward.