The Ethics of Panic Hoarding 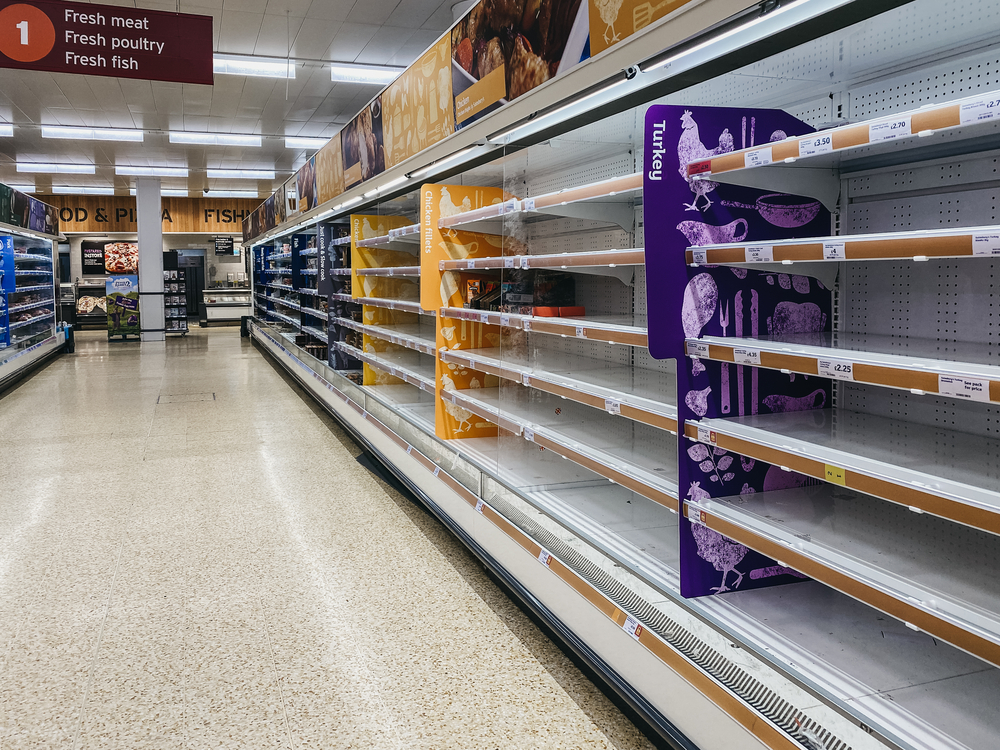 Future historians are going to face a difficult time figuring out whether our current times should be called the coronavirus epidemic of 2020 or the great toilet paper shortage of 2020. Amidst the WHO’s declaration that the COVID-19 outbreak now constitutes a pandemic, border closings, and “self-isolation” in order to prevent the spread of the virus, many have decided that the prudent thing to do is to purchase large amounts of toilet paper in addition to hand sanitizer, and non-perishables. In the United States the run on toilet paper has caused shortages. In Canada, despite attempts to prevent similar outcomes, grocery stores were flooded with consumers buying entire shelves. Marc Fortin of the Retail Council of Canada advised customers that “You don’t need a supply of toilet paper or rice for months,” adding, “Let’s not fall into panic mode.” Certainly, some of what we have seen this week is panic, and an important issue we should consider is when panic regarding the outbreak is morally acceptable and when it is not?

First, we must consider what we mean by the term “panic.” Typically, acting in a panic is contrasted with acting reasonably. As I write, the US government recommends cleaning your hands often, using hand sanitizer, avoiding close contact with people that are sick, and distancing yourself from others if the virus is spreading within a given community. They also recommend staying home if you are sick, covering your coughs and sneezes, and disinfecting touched surfaces daily. The Canadian government recommends similar measures; wash your hands frequently, and cover coughs and sneezes. They also suggest changing routines to help prevent infection; shop during off-peak hours, exercise outdoors rather than indoors. We could assume that recommendations of the government, often made on expert advice, are a reasonable standard. However, the government also specifically recommends purchasing essential materials without “panic buying.” This includes having easy-to-prepare foods like dried pasta, canned soups and vegetables, as well as having extra hygiene products. Unfortunately, they do not explain what is meant by “panic.” How does one know if purchasing that 10th bottle of hand sanitizer or that 5th pack of toilet paper constitutes panic buying?

One way to understand panic is that it is a way of acting without reason. For example, if one is driving and faces an oncoming car that has suddenly swerved towards them and they close their eyes and turn the wheel in any direction hoping to avoid an accident, this could be called panic. In his study of practical reasoning, philosopher John Dewey defined reasonableness or rationality as an affair of understanding the relationship between means and the ends they produce. If one pursues goals, for instance, with no connection to the means available and without reference to the obstacles that will prevent one from meeting said goal, they are acting unreasonably. By contrast, we could define panic as an action that does not consider the relationship between means, goals, and obstacles.

Therefore, if one goes into a grocery store upon hearing about the dangers of COVID-19 and because of this they purchase items at random because they feel they need to, this would constitute panic. Certainly, there are at least some people who chose to purchase large amounts of toilet paper or food they would never eat simply because of sheer panic. Some have suggested that this kind of behavior may be caused by anxiety combined with a desire to copy the behavior of others. Such action, while understandable, is not reasonable. While this definition of panic would preclude the idea that such actions are justified, they aren’t necessarily ethically wrong. According to Michael Baker, a professor of public health, hoarding and bulk purchases may be a way of handling anxiety by establishing a feeling of control. While there is nothing ethically wrong with falling into this pattern, panicked shopping can lead to shortages of important items for others. We can end up purchasing things we do not need and, in the process, make things worse off for others in legitimate need.

However, it is not likely that the vast majority of such cases are sheer mindless panic. After all, if one does purchase excessive accounts of food or toilet paper, they could still be considering how these can serve as means to goals like potentially having to quarantine oneself. One may act with a certain degree of reason and still potentially panic. As mentioned, the Canadian government suggested that one may wish to stock up on certain items, not necessarily because they will need to self-isolate but in order to ensure one doesn’t unnecessarily expose oneself if they are sick. However, there is a difference between making sure that one has a few days of food and toiletries and hoarding. One can “do the math” behind such considerations, establishing a relationship between means and ends, but could still go overboard.

While the concept of “moral panic” is generally tied to cases like the Salem Witch Trial or the panic of Satanism in the 1990s, it was originally defined in the 1970s in a broader way to include reactions to peoples, groups, and events. A common feature to these definitions of panic includes the idea of disproportionality; one may act in a panicked way if their actions are disproportionate to what is needed. Of course this is difficult to measure as well. It certainly requires an adequate idea of the problem, and this can be difficult in the case of the epidemic because of the “overabundance of information” available. Regardless, given that toilet paper is not especially more important than other general household items that governments and other institutions are suggesting that people stock up on, it is still unclear why there is a disproportionate demand for it.

There is also the matter of inductive risk. What if the experts are wrong? What if the outbreak gets unexpectedly worse? What if grocery stores close? As some have pointed out, making sure that one has toilet paper if they have to be confined to their house (in other words, planning for the worst) may not be unreasonable. This, in addition to the unclear relevance of information and inconsistent messaging, has led to calls that we should not mock those who engage in hoarding. While mocking may not be the most helpful or considerate reaction, that doesn’t mean that panicked hoarders should be let off the hook either.

Hoarding, whether understandable or not given the anxiety and stress of the situation, still leads to harmful effects. For example, empty food shelves have made it difficult for charities to get food to the disadvantaged. It has also opened room for price gouging, something that again will hurt those worst off. While things could get worse, purchasing enough cans of tomato soup to last for years is not proportionate to the problem, nor is purchasing food that you would never eat anyways. Worse yet, by purchasing things you do not need while making others worse off, and only to help ensure that you feel more secure against unlikely outcomes, is an act of selfishness. Anxiety, stress, and fear do not absolve people from the moral consequences of their panicked behavior. If you are buying for a potentially long stay in your home, ask yourself questions like “Will this item actually help if I get the virus?” “How much will it help?” “How long should I reasonably expect to have to stay at home and given that, how much food and household items will I need?” And “Can I imagine others need these things more than I do?”