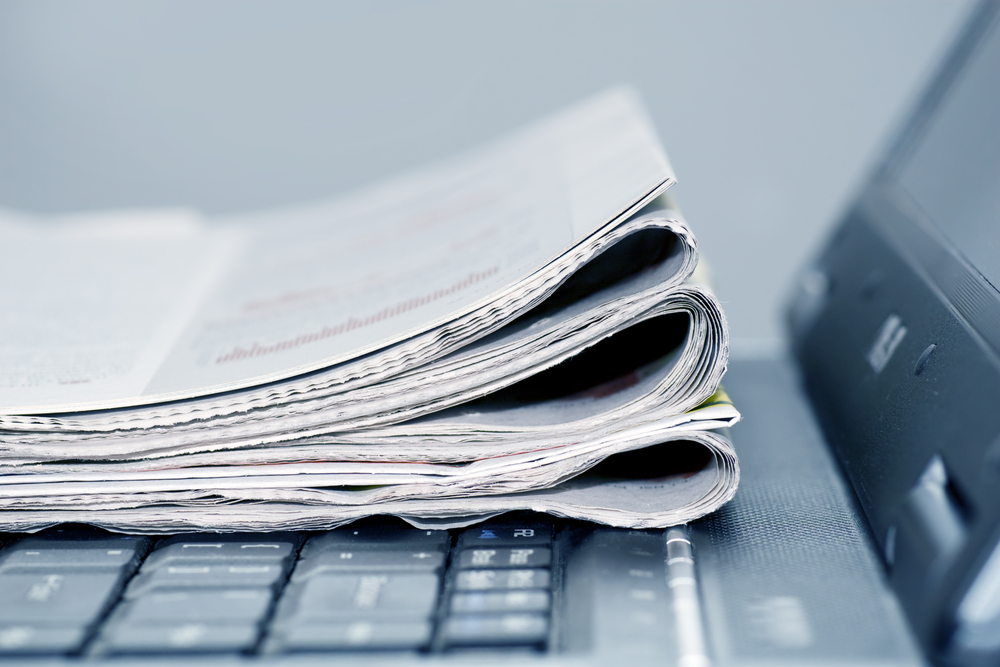 “Online news” by REDPIXEL (via depositphotos)

Every day the media are awash with new information about coronavirus. And with good reason: people are worried and want to know the latest developments, what they should do, and how bad things could get. News is coming in not only locally, but globally: my current news feed, for example, has been providing me with information about the coronavirus in the US, Canada, Italy, South Korea, Australia, Spain, among other places. And not just about the spread of the virus itself, but about the consequences thereof, specifically the many events that have been canceled globally, as well as the financial ramifications. It is on everyone’s mind, and everyone is talking about it.

We are, of course, no exception here. But with one story dominating the headlines, there are two phenomena that we should watch out for: the first is swamping, in which other important news stories are, well, swamped by one story occupying everyone’s attention; and the second is epistemic trespassing, in which people who aren’t experts chime in on issues as if they were. Let’s look at these both in turn.

Consider the first problem: news of the coronavirus is so prevalent that it’s easy to lose track of news of anything else going on. For instance, in the US there are reports that a number of senators are currently trying to get a bill passed that would put limitations on websites and users to encrypt their data, and thus have potentially serious ramifications for data privacy in the US. Reddit users have also compiled a list of news stories that people may have missed because of the deluge of information about coronavirus, some that may have made the physical or virtual front page if there weren’t other matters occupying our attention. Important information can be more easily missed, then, if it is swamped by a singular issue.

This is not to say, of course, that it is a bad thing to get a lot of information about coronavirus. Nor is it to say that it is not an important issue that deserves our attention. We should, however, be vigilant both with regards to other important news stories, as well as the possibility that unscrupulous individuals may be using the pandemic as a distraction.

The second problem is a version of what some philosophers have called “epistemic trespassing”—a phenomenon in which someone weighs in on an issue outside of their area of expertise. For instance, if I, as a trustworthy and trained philosopher, were to write an op-ed about some matter in astrophysics—a topic I know almost nothing about—then I would be epistemically trespassing. It seems that as a general rule that one ought not epistemically trespass: you should know something about a subject before commenting on it, and you should not rely on unrelated expertise to be taken seriously. That is not to say, however, that one should avoid learning about and engaging in discussions concerning topics one is interested in: even though one might not be able to be an expert in everything, one is free to learn about subjects that one is unfamiliar with. The problem, then, is not with going where one doesn’t belong, so to speak—we don’t want to say that chemists can’t learn about or comment on art, or that physicists can’t learn about or comment on philosophy, nor that one cannot be knowledgeable about multiple different kinds of fields. The problem is presenting oneself as an expert in some domain that one is not an expert in.

You have no doubt come across some forms of epistemic trespassing with respect to coronavirus news in the form of friends and relatives suddenly becoming armchair epidemiologists and weighing in on what people should be doing and how concerned people should be. It is easy to find examples of such instances online, even from otherwise reputable sources.

Consider, for example, a recent article on The Verge. This piece by Tomas Pueyo argues persuasively that the United States is currently seeing exponential growth in the number of people contracting the disease, and that hospitals are likely to be overwhelmed. Pueyo’s background is in growth marketing, not in epidemiology. While there may be some similarities between marketing trends and the spread of viruses, there is clearly some amount of epistemic trespassing going on here: it seems like it would be better for someone who specializes in epidemiology to comment on the spread of virus instead of someone who works in marketing.

We have, then, two potential pitfalls when it comes to staying vigilant about knowing what’s going on in the world at this point in time: that a singular focus on coronavirus reporting could swamp other news, news that could also have important ramifications if missed, and with so many people weighing in on the pressing issue of the day that we risk running into epistemic trespassers, namely those people who might speak with the authority of an expert, but really don’t have much of an idea of what they’re talking about. As has been discussed here before, an epidemic can impact not just our physical lives, but our epistemic lives, as well.