Economic Privilege and Prepping in a Pandemic 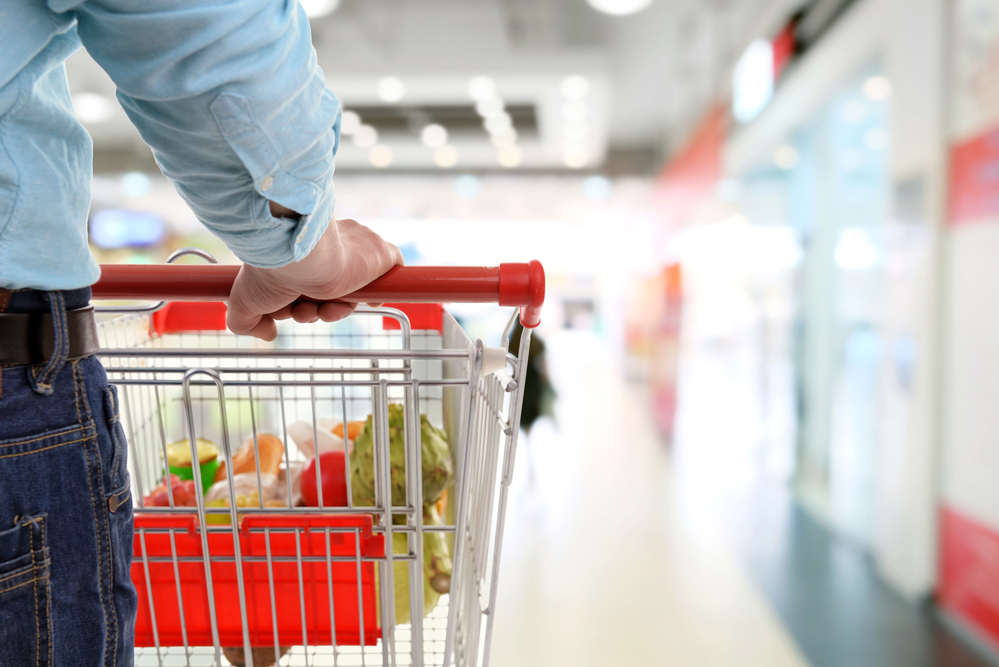 “Young man with shopping cart in store” by belchonock (via depositphotos)

Preppers around the country are feeling somewhat vindicated. Once mocked, they are now turned to as experts. The first and most basic advice given is to have a two week supply of food, water, and other essentials. I went out two weeks ago and did that. A video I watched advised to stick to the things you would normally eat.

One of the humorous things to come out of this pandemic are all of the social media posts highlighting what people won’t buy even when they are out panic buying. Gluten free flours, pasta made from chickpeas, and Dasani water. When I went to the store, I was similarly amused by the things that seem so foreign to people that they simply won’t buy. But then I had a more sobering realization: A lot of the stuff left on the shelf were things that people couldn’t afford to buy. The shelves were empty of cheap necessities. Ramen noodles and big bags of rice were gone. In the produce section potatoes and bananas were gone except for the organic ones which were also the most expensive. The same was true in the dairy aisle. I heard a woman next to me exclaim, “They’re all out of milk.” She and I were standing right in front of gallons of the more expensive organic milk.

There has been much written about the ethics of hoarding in this pandemic, but there is a different consumer ethics issue that this brings to mind. I don’t think anyone would regard it as hoarding to have a cache of basic necessities. But even when building out that short-term stockpile, I think we need to be conscious about sticking to the kinds of things we would purchase under normal circumstances.

It would be tempting for a family of means to go straight for the cheaper staples, but if the cheaper staples aren’t something you would normally buy, I think you have good moral reasons to not go for those to make building your stockpile cheaper. I’ll call this staying in your consumer lane when possible.

Beyond the potentially disastrous consequences of buying outside of your consumer lane, there are several moral principles that would provide a well-off family with reason to not suddenly resort to purchasing the cheapest staples they can buy.

You Caused the Grocery Store to Stock The More Expensive Food
Our groceries stores are a reflection of the preferences of a community. There’s a reason you can always find those organic apples and cartons of milk you love even though they stock way less of them, because you are one of the few people who buy them. Your shopping habits directly impact what food is available to buy when the pandemic strikes. It can be significantly disruptive to the supply chain if groups of consumers suddenly decide to buy outside of their economic lane.

Treating Yourself as a Special Exception
Even Kant would balk at the idea of buying outside your consumer lane in a pandemic. He thought it was wrong to act in ways that treated ourselves as special exceptions to rules that we hope everyone else follows. We see this all the time in ways that outrage us. Littering is like this. We have set up society so that we think it is shameful to litter. When people litter, they know full well that it would be bad if everyone did it. But they feel okay with littering because they hope everyone will stick to the plan of not littering. It would be tempting for someone with means to buy cheaper staples with the hope that most people of means would not. That is a temptation that Kant really wants us to avoid.

Social Agreements
Relatedly, I think we can be morally bound by agreements we expect reasonable people would have agreed to if given the opportunity. Suppose every town in America had been given a chance to come together and reach a mutual understanding concerning what our spending habits should be in the event of a pandemic. I think we would agree that it would be okay to stock up to what the CDC recommends. I also think we would agree that people with the means should not all go for the cheaper staples that they wouldn’t normally buy.

I know that in this crisis everyone’s individual circumstances will be different and well-off families might have reason to play things safe and be more economical in these difficult times. So we should be careful not to judge any particular individual who has decided to leave their consumer lane. But as individuals, I think we should all personally consider whether or not we need to do it. If it’s not imperative, then there are several good reasons to stock the staples with a long shelf life that we’ve always bought.