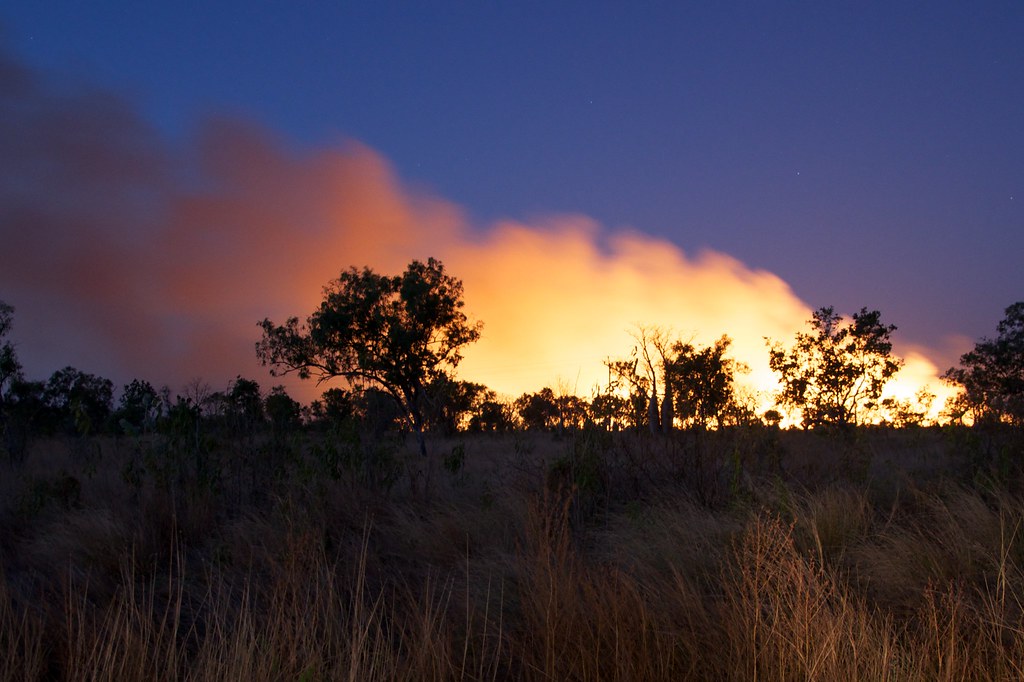 Summers in Australia are always hot. During the break over Christmas and New Year tens of thousands of people are abroad, traveling to holiday destinations up and down the coast. Mallacoota on the east coast of Victoria, is one small seaside town among hundreds whose numbers swell with holidaymakers at this time of year.

In Mallacoota on New Year’s Eve of 2019 an escalation in Australia’s month-long bushfire crisis gave rise to truly horrifying scenes when thousands of tourists and locals were forced to flea and shelter on the beaches as bushfire ravaged the town. As the sun rose on December 31, the sky was glowing orange. Some observers described the scenes that followed as Armageddon. At around 9am the sky blackened, to the visibility of midnight, and for the next four hours those who had fled to the waterfront huddled as fire ripped through the town and burned forest virtually up to the water’s edge.

The devastation wrought on this small town was so severe that all roads in and out were, and remain at the time of writing, closed. Advice for those still trapped in Mallacoota is that roads may not be reopened for up to two weeks. Many thousands of people remain on the beachfront. The Australian Navy have sent a vessel to collect just under one thousand people, an operation which is currently underway at the time of writing. This was just one town, similar scenes were repeated up and down the south east corner of the country.

Tens of thousands of people are, at the time of writing, attempting to evacuate coastal towns in Victoria and New South Wales ahead of a weekend during which even more dangerous conditions loom, as temperatures are set to rise to up to 44C (112F) in places. Many are trying to exit areas already hit by fires, with highways closed, and stores running low on food and petrol supplies dwindling.

Emergency services are struggling to cope. Three volunteer fire-fighters have been killed in extraordinary fire conditions. One fire-fighter was killed when a cyclonic weather system created within the fire overturned an 8-ton truck. Where previous fire seasons have seen large-scale disasters, they are normally single events. Never has there been a situation like this with multiple emergency level fires burning simultaneously in every state.

Australia is the driest inhabited continent on Earth, and has always been fire prone, but this is different. After three years of severe drought, the air and the land is so dry that it is literally combusting. We are in no way prepared or equipped to deal with the scale of this event, which has overwhelmed emergency services. The descriptor we are hearing over and over again, from emergency workers, is “unprecedented.”

This is the very outcome climate science has been warning about for at least 2 decades. And, more recently, this is the hellish scenario that a group of fire and emergency chiefs have been trying to warn the current government about. Back in April 2019 a group of former fire chiefs tried and failed to get the attention of the Prime Minister, Scott Morrison, in order to warn that the coming fire season would be the most severe the country has ever seen by a long way. The Prime Minister refused to meet with them. The reason is that the Australian government does not want to talk about climate change.

I wrote a several articles for this publication in 2019 about the climate emergency, examining the issue from different ethical angles. I emphasized how dangerous the situation is becoming, and how urgent is the need to act. I discussed Australia’s inadequate climate policy, the current government’s refusal to acknowledge the problem and its addiction to the coal industry. I wrote about the new generation of civil disobedience and community mobilization in the face of government inaction and the moral case for nonviolent disruptive tactics. I have argued there should not be a moral conundrum here, and in my most recent piece I noted that moral arguments seem simply not to be working.

Yet nothing has prepared me for the severity, the shock, of what is happening here right now, and even with what I understand about the Morrison Government’s intransigence, yet I am still shocked by its lack of empathy and understanding in its response to the crisis.

The Prime Minister refuses to call the crisis ‘unprecedented,’ saying that we have always had fires and recalling smoke in Sydney when he was a child. This belies what everyone else acknowledges: that it is totally outside our past experience of the bushfire season. Morrison cheerfully suggested that Australia is ‘the best place to bring up kids’ while picture after picture emerged of children fleeing holiday houses, or worse, picking through the wreckage of their own family homes; of melted bicycles, pools filled with ash and kids playing on swings wearing masks to filter out the hazardous air. He has counseled people not be anxious and doubled down on his blithe defense of Australia’s climate policy. He continues to suggest that the cost, to the economy, of a more ambitious climate policy is greater than the the cost of inaction:

“…our policies remain sensible, that they don’t move towards either extreme, and stay focused on what Australians need for a vibrant and viable economy, as well as a vibrant and sustainable environment. Getting the balance right is what Australia has always been able to achieve.”

I can offer no further analysis of these remarks. The country is burning and the whole world should take a look in our direction, because this is what the cost of inaction really looks like.

Eventually economics will catch up, and the economic costs of global warming will overtake those of the transition to clean energy and carbon abolition. If such considerations are the only factors that can motivate some leaders (like Morrison) then how long that takes will determine how much worse this gets.

What is certain is that it is going to get worse, and soon such events, in Australia and elsewhere, will indeed no longer be unprecedented.