Climate Emergency and the Case for Civil Disobedience 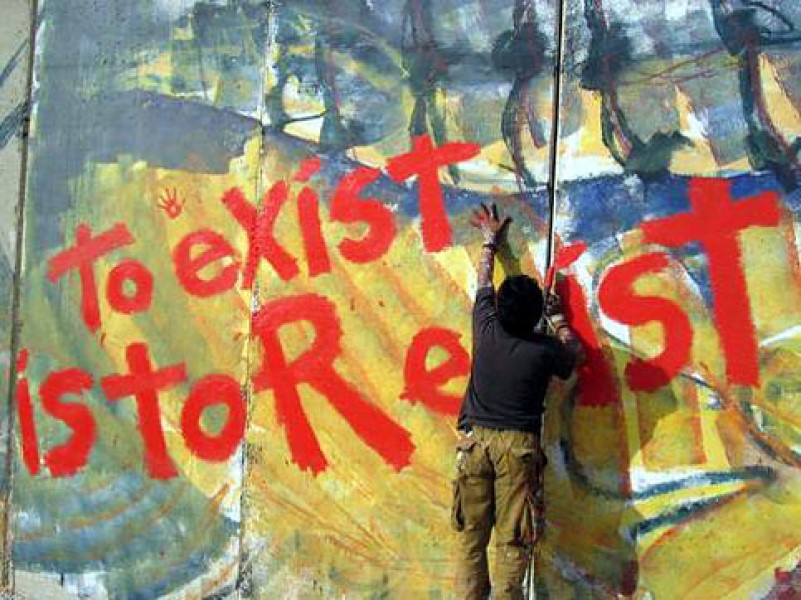 In Plato’s Republic, during a sustained dialogue on the nature of justice and the structure of a just society, Socrates remarks that we are talking of no small matter, but of how we should live. If that question remains central to moral philosophy, any contemporary answer the question of ‘how we should live’ must acknowledge that to ask it in ‘our’ time is fundamentally different from asking it in any other time in history. The question of what a good human life is in an age of environmental crisis cannot be answered without considering our individual and collective responsibility to mitigate the damage which no longer lies ahead of us, but which is happening now.

Governments, policy makers, corporate institutions, et al, have failed to respond to decades long warnings from scientists that CO2 emissions from industrial and domestic activities pose serious risks to human life and human society, to the world’s ecosystems and perhaps ultimately to much of life on Earth. Those scientists, conservationists and activists who have understood this, have nevertheless failed to effect the change necessary to prevent an ecological and climate emergency. There are complex reasons for these failures, and though it is vitally important that we try to fully understand them, I will not speak to them here.

I want to focus on the urgent question ‘what do we do now?’ by considering the response emerging from the new and quickly growing environmental mobilizations such as Extinction Rebellion in which people are beginning to resort to techniques of disruption and civil disobedience in the face of governmental and systemic inaction. Are these measures necessary, are they are morally justified, and are they perhaps even morally required?

Civil disobedience (which I shall assume is necessarily non-violent) has historically played an important part in effecting change, as for instance in the suffragette and the civil rights movements. In one of the most famous endorsements of civil disobedience, Henry David Thoreau (in 1849, after refusing to pay taxes to a government which legally sanctioned slavery) wrote:

“All men recognize the right of revolution; that is, the right to refuse allegiance to and to resist the government, when its tyranny or its inefficiency are great and unendurable.”

Thoreau’s point is simple and obvious: morality or justice does not necessarily line up with the law.  Are we reaching a point now at which the inefficiency of governments and the tyranny of corporate interests have become unendurable; where the refusal to adequately address the climate emergency can no longer be tolerated?

A brief (and incomplete) survey of where we are paints a sobering picture: The latest report published by the Intergovernmental Panel on Climate Change (IPCC) warns that countries must triple their emissions reductions targets to limit global heating to below 2C. Even a 2C increase is not safe, but on the current trajectory heating is likely to result in an increase of between 2.9C and 3.4C by 2100. This will bring about catastrophic climate change globally. The social and geopolitical outcomes of such a scenario are deeply frightening. Rising seas will displace billions of people. Not only will costal habitations be inundated, arable land will be poisoned by salinity and made barren by drought. The effect will be devastating, widespread famine, which, along with water scarcity, will almost certainly cause political instability and conflict. It is likely that humans cannot adapt to an increase of 4C.

Clearly, urgent and serious action is needed. Two of the things that most threaten the possibility for action lie at opposite ends of the spectrum of responses to these predictions. The first is climate denialism  – including the views that climate change is not real, is not caused by human activity or that the likely effects are being wildly exaggerated. The other is climate defeatism – the view, (espoused by Jonathan Franzen in a recent article) that we are already too late. However, many argue that there is still a cause for hope because there is still a window in which to act to keep warming below 2C. Scientists and activists including Tim Flannery and Naomi Klein, are calling for radical action because that window is small, and vanishing quickly.

The question of what kinds of radical action we need brings us back to the question of what role acts of disruption and civil disobedience can play, and how those actions are to be morally reckoned with, given the situation we face.

Civil disobedience can be defined as “a public, non-violent and conscientious breach of law undertaken with the aim of bringing about change in laws or government policies.” The main objection to engaging in civil disobedience is that in a stable, functioning democracy there are effective and non-disruptive pathways to change through campaigning and electoral process. Indeed, the democratic system itself is based on the principle that citizens hold a type of sovereign power in that governments receive their legitimacy through ‘the will of the people.’

But what if democracy is not functioning properly? What if politicians, rather than representing the views and interests of their constituents, seek to dictate those views and interests. And what if they do so to advance their own views and interests? For democracy to function properly, for a citizenry to be self-determinate, citizens need the opportunity to make informed choices about their own welfare. People can only make informed choices if they are in fact informed, and governments have a responsibility, which they are currently abrogating, to tell the truth.

The Australian government is not telling the truth about the climate emergency, and has absolutely no intention of addressing the problem. It is resisting and frustrating renewable energy investment while actively pursuing new fossil fuel projects, of which coal is a major part. In Australia (as elsewhere) the powerful vested interests of the fossil fuel lobby have direct lines to government. The country’s policies and laws under these circumstances do not represent the best interests of the people but rather, at their expense, advance the interests of the few. This triple whammy of government obfuscation, policy inaction, and active support of heavy carbon emission activities is creating intense anger and frustration for climate realists from across the political and social spectrum, and support for disruptive, direct action is rapidly growing.

There is, of course, the question of how creating disruption by, for example, blocking bridges, swarming intersections and surrounding government buildings or corporate offices, would achieve the desired results. On one hand it is unlikely that the government will cave to the demands of protestors. On the other hand, Extinction Rebellion’s sustained protests across London in October 2018 resulted in the UK government declaring a climate emergency. Some dismiss this as merely symbolic, as indeed without meaningful policy change it is – but nevertheless, it is not nothing, and it has given impetus and hope to the movement for solving the climate crisis.

Those engaging in acts of civil disobedience do not know with any certainty if these tactics can or will work, but they do know that ordinary, legal forms of protest can not now be effective enough quickly enough. In this sense civil disobedience is a resort taken by people to express their anger and frustration at a destructive and intransigent system. Disruptive action has a cost – to the individuals risking arrest by disobeying the law and also to society. Those taking such action recognize that the stakes are very high, and that the costs of inaction are far greater.

I do not think it is difficult to make a case that under these circumstances civil disobedience is morally justified. Can we, though, defend the stronger claim that it is morally required?

Ahead of the September 20 School Strike for Climate, an open letter was published from over one hundred Australian academics from a variety of disciplines and universities endorsing and supporting Extinction Rebellion and its activities. The letter concluded that:

“When a government willfully abrogates its responsibility to protect its citizens from harm and secure the future for generations to come, it has failed in its most essential duty of stewardship. The ‘social contract’ has been broken, and it is therefore not only our right, but our moral duty, to rebel to defend life itself.”

This statement clearly makes the move from acts of civil disobedience being justified to their being required – as a moral duty. Though I agree with the claim, its defense is trickier.

For example, exactly whose duty is it? Who is morally required to engage in civil disobedience? Even if someone feels that they, morally, have no choice – are they justified in making that demand of others? Our moral intuitions would suggest that there are reasons for rejecting that inference. And this appears to put it – as a moral duty – into conflict with one of the fundamental features of moral duties, which is that they are universal. If I recognize something as a moral duty for myself, then, all things being equal, I recognize it as such for others as well.

I do not see this as an insurmountable problem for the claim that we have a moral duty to rebel against a fundamentally unjust system in the face of looming existential catastrophe. Perhaps one way of fleshing out an answer would be to return to the ‘all things being equal’ clause. Perhaps also there is a way to acknowledge that while each person must freely choose – and be free not to choose – to take such action, there is still a collective responsibility governing the moral musts. These are difficult philosophical issues and they require further reflection.

I began by saying that at the core of ethics is the Socratic question of what it means to live a good human life. Humanity is at a crossroads, and how we understand Socrates’ question, and how we choose to respond to what it asks of us, needs to be reassessed in light of where we are. It seems clear that, given the current situation, living a good human life cannot mean going about one’s business as if the world might not be ending.