What’s In a Name? The Morality in “Meat” 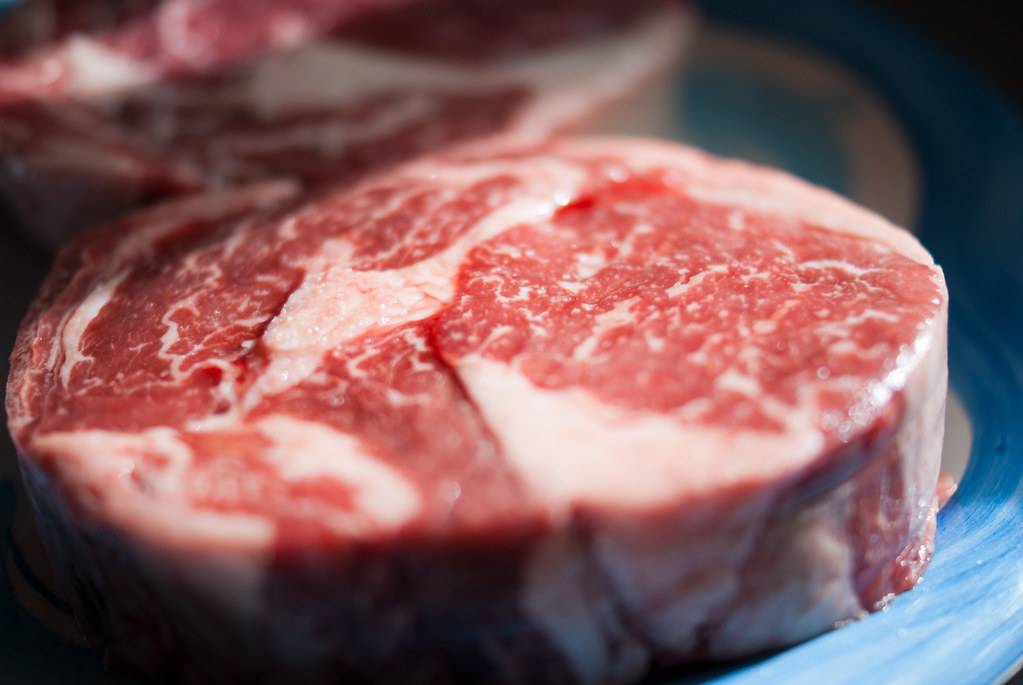 In 2018, Missouri banned the use of the word “meat” to describe products that are “not derived from harvested production livestock or poultry.” As punishment, “Violators are subject to up to one year in prison and a fine of as much as $1,000.”  The law was written in response to the rise in popularity of realistic meat substitutes such as Impossible Burger and Beyond Meat and to the emerging technology of cell cultured meats. Similar laws followed in states such as Arkansas, Louisiana, Mississippi, Nebraska, and South Dakota.

The concerns don’t stop with use of the term “meat.” Last summer, FDA commissioner Scott Gottlieb expressed concerns about the use of “milk” to describe products like soymilk, almond milk, and oat milk. Such terms are misleading, he claims, because “An almond doesn’t lactate.”

Supporters of these laws offer a range of arguments, some of which appear to be in better faith than others. The first argument is that use of terms like “meat” and “milk” to describe products that are plant- rather than animal-based is misleading and perhaps even deceptive. Consumers have a right to know what they are putting in their bodies. They need to make nutritional decisions for the sake of their health, and the labeling of products like “meat” and “milk” may get in the way of their ability to make such choices effectively.

Opponents of the legislation are unconvinced by this argument for several reasons. First, this kind of figurative language has been used to describe replacement products for many years, and consumers are well aware of this. There is no reason to believe that they arrive at their grills angry and nutritionally deprived when they realize that their “veggie burger” isn’t made from a cow. Furthermore, there is no evidence that the new legislation came about because lawmakers were receiving letters or calls of complaint from confused consumers. Instead, they seem to be motivated by complaints that they are hearing from the animal agricultural industry—an institution that is understandably nervous about the rising success of meat replacement products. What’s more, these products are not packaged in such a way that would render consumers unable to tell that the “burger” they are consuming does not come from a slaughtered cow. They say “vegan” or “vegetarian” in no uncertain terms on the package. They also include a list of ingredients and nutritional information. Consumers know how to access nutritional information. There’s no plausible reason why confusion should exist. There is also no deception if there is no intent to deceive. These products do not claim, in any way, to be animal-based. What’s more, many opponents of this kind of legislation argue that it’s the industry of animal agriculture that is not transparent with consumers about the nature of the products that they sell. The conditions under which these products are produced—in factory farms—are neither appetizing nor ethical.

One argument in favor of the legislation is more straightforward: these labels harm the agricultural industry, and that might be a very bad thing. Animal agriculture is important for the economy. It is also important on a more personal level. Farmers and ranchers have families to support. The labeling of these products hurts their bottom line and, as a result, has a real impact on the quality of their lives. There is nothing wrong with plant-based food, but such products should stand on their own merits, rather than riding the coattails of popular animal-based products by using the same language.

In response, opponents argue that, though it is unfortunate that people might lose their livelihoods, society has no duty to protect this industry in particular. Some ways of earning a living are harmful, and moral progress requires that we get rid of them. For example, if we let concerns regarding the livelihood of slave traders and slave owners win the day, we’d still have slavery. What’s more, no one is trying to go this far. Animal agriculture isn’t being shut down, it’s simply competing against other products in the marketplace that use some of the same words as part of their marketing and advertising campaigns.

Legislation restricting the use of the “meat” label also faces constitutional challenges. The American Civil Liberties Union, along with The Good Food Institute, and the Animal Legal Defense Fund filed suit on behalf of Tofurky in response to the law passed in Arkansas. The lawsuit contends that the legislation was constructed to protect the business of animal agriculture in violation of the first and fourteenth amendment rights of the producers of other kinds of food. So long as they aren’t misleading consumers, they can exercise their rights to name their product whatever they want.

Complicating the issue is in vitro meat—a new product that has many meat producers very concerned. The current system of animal agriculture is cruel and inhumane to the animals involved, it contributes substantially to climate change, and it delivers a product that can be unhealthy for consumers. In vitro meat can potentially solve all of these problems. Instead of producing, raising, and slaughtering animals in order to consume their flesh, in vitro meat is produced by taking a biopsy from an animal and then culturing the cells. In this way, meat can be created without causing animals any significant harm.

Legislators are eager to ban the use of the word “meat” for this kind of product as well (though it is not yet on the market). But it’s harder to see the rationale here. After all, cell cultured meat is meat, if what it is to be meat is to be animal flesh. Despite this fact, the Missouri law, for example, bans the use of the word “meat” for in vitro meat as well as for vegetable-based meat products. The takeaway seems to be this—if the product isn’t part of the corpse of a slaughtered animal, it isn’t properly designated as “meat.” This is much harder to defend. Meat produced in a lab could be engineered to be much healthier, so concerns about consumer nutrition and health wouldn’t apply. Transparency concerns may make it important that the product is labeled as cultured, but perhaps, for similar reasons, the conditions under which factory farm meat is produced should also be listed on the package.

The existence of this legislation, and of other proposed legislation like it, speaks to the power that animal agriculture wields in state legislatures. The fear that motivates these legislative changes may also clue us into something about the future of food.