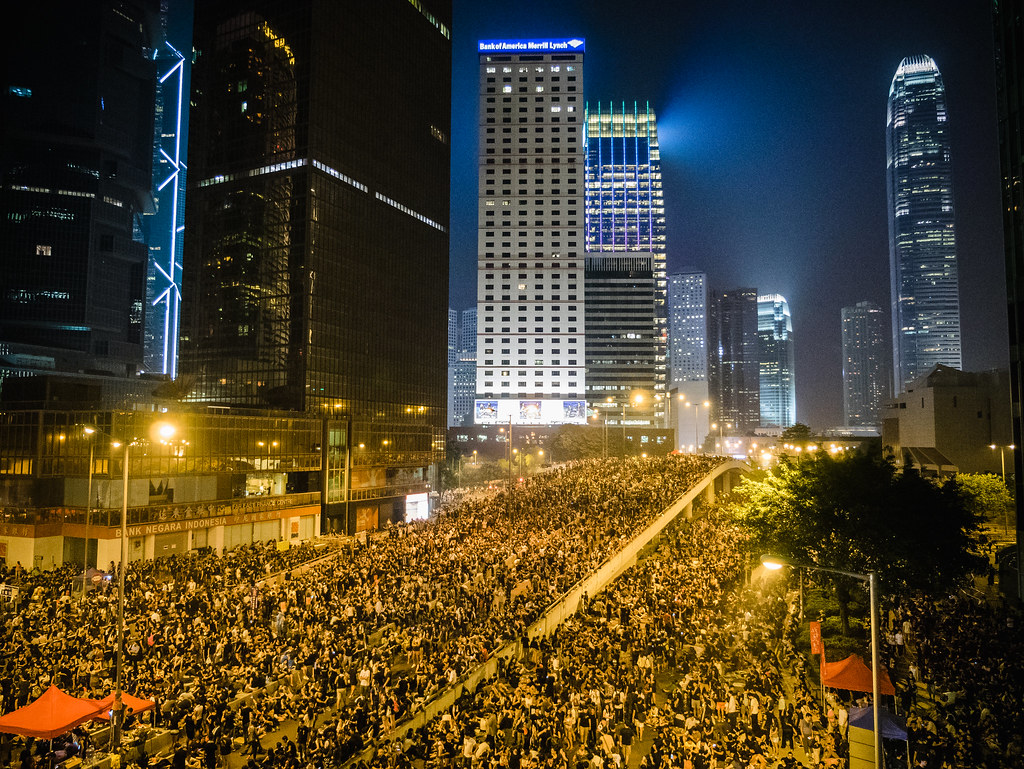 It’s tempting to regard the Hong Kong protests as a family dispute; an unsettling scene to be sure, but a private matter to be handled in-house. This has been the position of the White House, for example, with President Trump saying, “We’ll see what happens but I’m sure it’ll work out. I hope it works out for everybody — including China, by the way.” He’s also suggested that if China’s leader, Xi Jinping, “sat down with the protesters […] he’d work it out in 15 minutes.”

The trouble with this response is that the Hong Kong protests are not a simple standoff with local government. Embedded in the three months of protest is a plea to see the Joint Declaration between the British Empire and the People’s Republic of China enforced and the “one country, two systems” principle protected. The protests are a response to the perceived infringement on the autonomy promised Hong Kong until 2047 when the region is set to be subsumed by China. Protesters see the rights, liberties, and freedoms unique to Hong Kong eroding; the judicial, legislative, and executive powers meant to be separate from the People’s Republic of China being undermined; and the vague lines meant to establish autonomy becoming increasingly blurred. And all this twenty years into a fifty-year arrangement.

Much of this current round of protests, just as those that came before, is about representation. Hong Kong is not a democracy; its inhabitants have never possessed the power to directly elect officials, either now as part of China or before as part of the British Empire. Hong Kong Basic Law established in the joint declaration gestures at political participation through local elections, but not any concrete framework for what that system might require. Beijing has translated this commitment as the choice between party-approved candidates, whereas protesters assert the right to genuine universal suffrage. Negotiations have been stalled for some time, and neither side has incentive to compromise.

As stalemate has continued, the nature of the Hong Kong protests has grown increasingly international. Protesters sing the US national anthem and rallies have been organized in Taiwan, Japan, the UK, Sweden, Finland, Denmark, Germany, France, New Zealand, Australia, Canada, and the US. This is no accident; international support is Hong Kong’s only remaining method of exerting pressure on China to respect the terms of the treaty.

Even the disinformation campaign by China has expanded beyond feints and posturing on state-run media to include coordinated efforts on Facebook, Twitter, and YouTube. This isn’t merely about the PRC’s image; it’s an attempt to shut down Hong Kong’s Hail Mary and discourage outside meddling.

Given the power discrepancy, this dispute over autonomy is not a matter to be settled by Hong Kong and the People’s Republic of China privately; they can’t simply work it out for themselves. Hong Kong lacks the standing to protect or even assert its interests, and its government is not accountable to its people. That makes the international community the only backstop to possibly ensure the freedoms and protections laid forth in the joint declaration.

This begins with challenging China’s shifting position. The PRC has previously claimed that “Now that Hong Kong has returned to the motherland for 20 years the Sino-British Joint Declaration, as a historical document, no longer has any realistic meaning,” and that “Britain has no sovereignty, no governing power and no supervising power over Hong Kong.”

But the international obligation runs deeper than merely Britain’s role in negotiations as co-signator. While the international community has no clear mandate to ensure a right to democracy — understood as genuine universal sufferage — in Hong Kong, it does have reason (legal and moral) to see that China’s criminal justice system does not swallow up the autonomous territory and continue to disappear activists and other opposition forces. At the very least, our moral responsibility extends to intervening in human rights abuses. (A spokesperson for the UN High Commissioner for Human Rights said last week that there was “credible evidence” that in responding to protests law enforcement had used measures “prohibited by international norms and standards.”)

The threat of violence is escalating. The PRC has moved quickly from branding protesters as “rioters” (a designation the carries significant jail time) and intimidating and harassing journalists to tear gas, water cannons, and drawn weapons. Relying on economic considerations or a loss of national credibility to stay China’s hand is no substitute for holding China accountable for flouting human rights, international norms, and the rule of law.