Is the Filibuster Democratic? 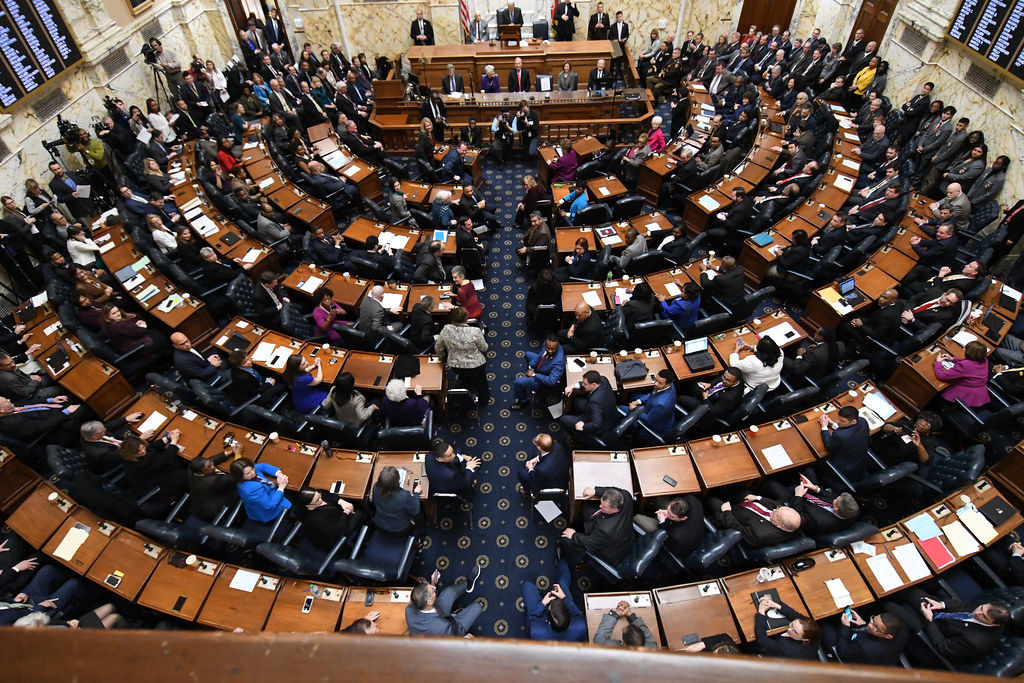 A wide range of policy debates has already dominated the front lines of the 2020 Democratic Primary over proposals including Medicare for all, raising the national minimum wage, and mandating an increase on teachers’ salaries. However, another emerging policy proposal that has gained some attention in recent months is abolishing the use of the filibuster to block legislation in the senate.

Filibustering is a tactic frequently used by senators in which they can prolong debate over a bill almost indefinitely simply by holding the debate floor for as long as they can, thus effectively blocking the bill. A filibuster may be sustained even if the senator is discussing a topic other than the legislation at hand. For instance, in 2013 Sen. Ted Cruz held a filibuster against a version of the Affordable Care Act for 21 hours and 19 minutes by doing things such as reading bedtime stories to his two young daughters and announcing messages that had been sent to his Twitter account. The only formal way to stop a filibuster is for the senate to vote in favor of “cloture,” which requires a three-fifths supermajority vote (or 60 votes out of 100). A filibuster may also be stopped by more informal means if a senator must stop debating to use the bathroom or to sit down.

As a function of the senate, the filibuster is very well-established, making it a tradition that is rarely evaluated. However, new Democratic candidates are beginning to question whether or not the filibuster truly helps senators represent their constituents. Answering this question may require consideration of historical context.

The first effective filibuster was “discovered” in 1841 by Alabama Senator William R. King when he threatened an indefinite debate against Kentucky Senator Henry Clay over the creation of a Second Bank of the United States. Other senators realized there was no rule mandating a time limit for debate and sided with Senator King. Although it had been discovered, this did not make filibustering a common practice in the senate. Indeed, the cloture rule was not established until 1917 when a group of just 11 senators managed to kill a bill that would have allowed President Woodrow Wilson to arm merchant vessels in the face of unrestricted German aggression at the dawn of U.S. involvement in World War I. Even so, filibustering still did not establish itself until 1970 when the “two-track system” was implemented in the senate. The two-track system allows for two or more pieces of legislation to be on the senate floor simultaneously, with debate divided up throughout the day. This made filibustering much easier for senators to maintain, as they could filibuster one bill without halting Senate activity altogether. From this point forward, filibustering became increasingly more common in the U.S. Senate. However, from its history, it is clear that the filibuster is not a long-time tradition of the senate, but rather a loophole in senate rules that gained popularity as a strategy for obstruction of bills. Yet, many believe it to be an indispensable function of senate rules.

Many senators would argue that filibustering is necessary to adequately representing their states’ policy needs. Its primary purpose is to balance tyranny by the majority and preserve minority rights in the senate. Take the gun control debate as an example. Senate Democrats have long pursued reforms on gun laws through the senate but have had little to no success due to Republicans holding the senate majority and not allowing gun reform legislation to even reach the floor for a vote. Therefore, Democratic Senator Chris Murphy of Connecticut filibustered for 14 hours and 50 minutes in the wake of a mass shooting at Pulse nightclub in Orlando, Florida. The filibuster swayed Senate Majority Leader Mitch McConnell to hold two votes on gun reform: one proposal to expand background checks for potential gun owners, and another proposal to block suspected terrorists from purchasing guns. In this case, the senate minority was able to come together and prevent cloture on an issue that they could otherwise not have pursued due to senate rules. It is instances like these that lead many to call the filibuster the “Soul of the Senate” and praise the filibuster’s ability to encourage more in-depth debate on highly-contested issues. However, others take issue with the the way the filibuster is used.

While the filibuster balances the power of the senate majority, this function can also be limited. This is because the Senate Majority Leader must approve bills before they are brought to the floor, meaning that senators in the minority must beg the Senate Majority Leader to introduce a piece of legislation to the floor before they can even initiate a filibuster. In a highly polarized senate, where current Majority Leader McConnell controls the floor ruthlessly, even getting a filibuster started is extremely difficult. Despite this, there are still some who argue that the ability to filibuster gives the senate minority too much power. The primary reasoning behind this argument is that cloture and its 60-vote requirement are difficult to acquire, especially through rampant hyperpartisanship that currently exists in the senate. The possibility of a filibuster essentially sets a supermajority requirement on all major pieces of legislation, thus hindering congress’s productivity. The senate minority’s ability to filibuster also gives unpopular policy proposals more time over senate proceedings than they should have. A prime example of this was in 1964 when a small coalition of Southern Democrats filibustered the Civil Rights Act for 75 hours.

Beyond giving the senate minority too little or too much power, it is also alleged that the filibuster is applied unevenly between political parties. While filibustering does alternately inconvenience one side or the other depending on which party holds the senate, fundamental parts of Democrats’ and Republicans’ platforms allow the filibuster to disadvantage Democrats more in the long run. The modern Democratic party tends to push policy that introduces new or enhances existing government programs, while the Republican party leans on a platform of blocking these programs and cutting taxes. Republican policies of blocking social welfare and cutting taxes are more compatible with the budget reconciliation process than are Democratic policies. Because filibustering is not allowed in the budget reconciliation process under senate rules, Republicans can easily push their agenda through reconciliation, while Democrats are left to struggle for a 60-vote supermajority to advance most of their legislation.

Whether it should be retained or scrapped, what is most important is that the filibuster is under public scrutiny by high-profile politicians. As injustices in America’s legislative mechanisms become more apparent, public criticism of these mechanisms has also become more popular. Along with debating over the pros and cons of the filibuster and its implications for democracy, presidential candidates for 2020 are also entertaining drastic structural reforms such as doing away with the Electoral College, increasing the size of the Supreme Court, and offering statehood to Washington, D.C. and Puerto Rico. Whether people believe these reforms are operational or not, the public discussion around taking fundamental action to make the U.S. legislative process more democratic and representative is one that is well worth the nation’s effort.