Dockless Electric Scooters and the Ethics of City Design 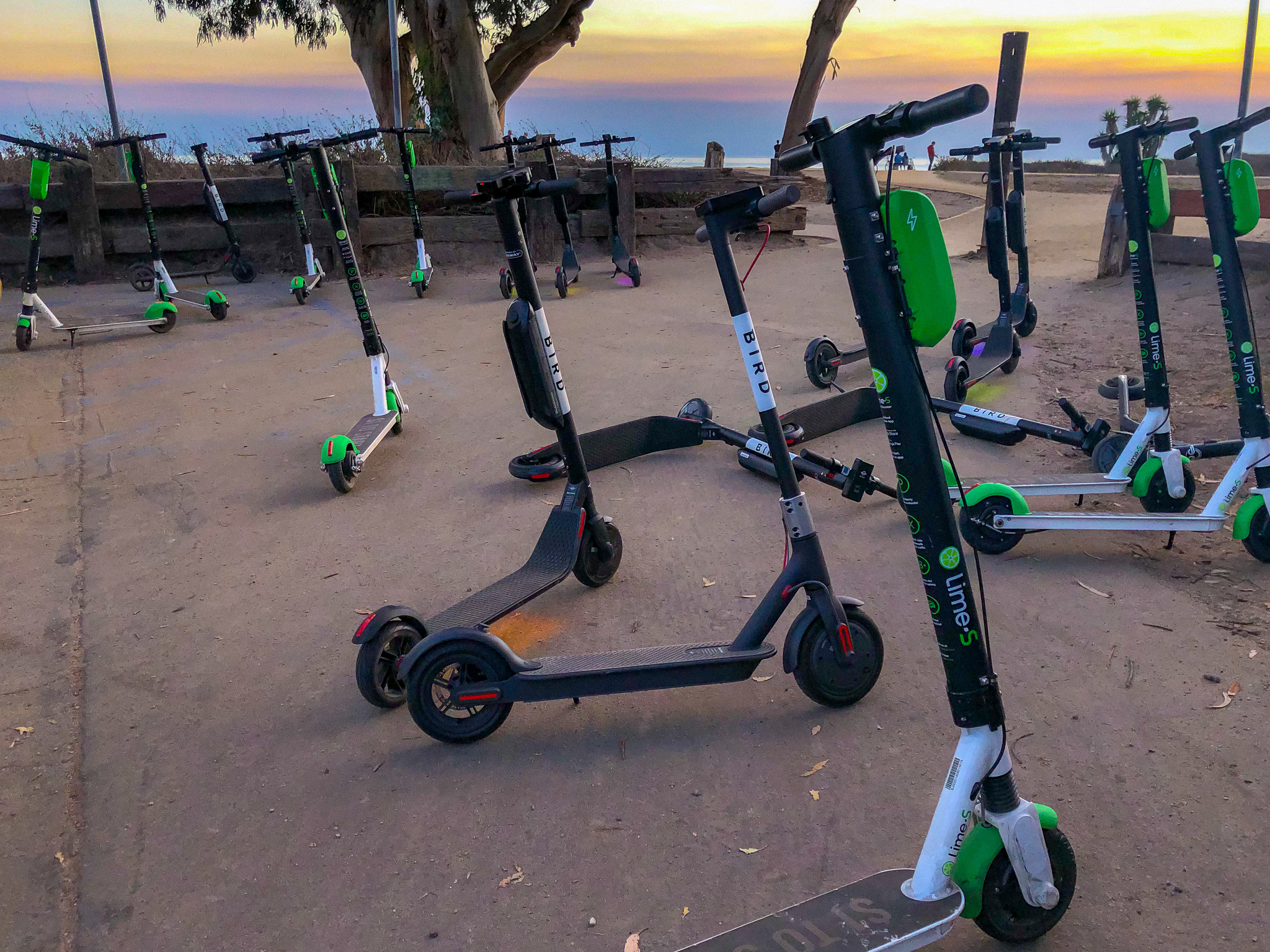 One of the surprising trends of 2018 was the rise of dockless electric scooter rental companies like Bird and Lime. Like Uber and Lyft in the ride-hailing market, Bird and Lime have taken their market by storm, moving into one hundred cities each and tallying millions of rides within a year—often without the approval of local regulators and municipal officials. The scooters are convenient, easy to use, and apparently very popular, but their arrival has been accompanied by numerous problems and opposing voices. Business owners and pedestrians complain about the scooters accumulating on sidewalks and in front of storefronts. Emergency room doctors have noted the high risk of injury associated with the use of the scooters, including two fatalities. As was the case with Uber and Lyft, many cities have resorted to bans on the scooters, at least until appropriate legal regulations can be put in place. The controversy surrounding these scooters is part of a larger question about cities and street design: who has the right to the use of streets, and how should street design and transit infrastructure reflect this?

Besides the immediate argument of convenience, proponents of the electric scooters regard the vehicles as a potential solution to the “last mile problem”. In searching for the most efficient means to move people around, public transit systems often fail to bring people exactly where they need to go; a significant subset of the population, physically unable or otherwise restricted from travelling the “last mile” between their public transit stop and their final destination, resort to driving the whole of their trip, resulting in harm to the environment and increased traffic congestion. The use of electric scooters to cover the last leg of intra-city commutes could open the use of public transportation to these people. Additionally, some people might choose to use the scooters instead of their own cars or taxis for the entirety of trips. Therefore, supporting the expansion of these scooter services would seem to be a positive step for the environment as well as reducing traffic, ultimately contributing to a better quality of life for citizens of a given city.

While the electric scooters have benefits both to the common good and to the individuals who rely on the vehicles for mobility, they also come with a host of problems that must be addressed. Some issues, like vehicle malfunction, are primarily the responsibility of the companies that manufacture and maintain the scooters—as well as city officials charged with regulating transportation services. Other issues, like the accumulation of scooters on sidewalks and the danger to pedestrians, would seem to require an intervention on the part of city planners. Some have suggested expanding bike lanes to accommodate the rise in scooter usage—such a change would also encourage bicycling, a mode of transportation which solves the last mile problem in a similar way to the scooters.

The main reason for the lack of sufficient space for pedestrians and scooters is the dedication of more and more road space to automobile usage. Considering again the environmental angle, it would seem that designing roads to privilege cars would be as unethical as using cars in general—if not more so: while driving a car is an individual choice, often influenced by restricting factors such as a lack of viable alternatives, road design is a choice made by city planners which affects every resident of that city. Outside of environmentalism, some have argued that expanded bike lanes and pedestrian zones promote civic and social engagement.

The environmentalist argument only holds if one assumes that government agencies have an ethical obligation to combat climate change and promote environmentalism. This issue has been covered in many previous Prindle Post articles, so it is not necessary to rehash those arguments here. However, all of these factors—environmental protection, reduction of traffic congestion, safety during daily transit, and civic and social engagement—relate to the quality of life enjoyed by residents of a city. Given the possibility of improving quality of life, the most ethical course of action would seem to be not only to allow the use of electric scooters, but to promote their safe use through expansion of bike lanes and the reduction of road space afforded to automobile traffic.

On the other hand, narrowing roads and restricting car traffic would not be without detrimental effects. Returning to the argument for efficient public transit, one of the most prolific forms of public transit, the city bus, relies on the same roads as cars, and would have difficulty travelling narrower roads. Additionally, the physically unable may not be properly served by scooters, bikes, or public transit, and may be dependent on their personal cars for transportation. Restricting cars in favor of bikes, scooters, and pedestrians could mean a complete denial of freedom of movement for wheelchair-bound individuals. In this case, a decision on the issue involves weighing a severe affront to a small number of people against a milder affront to a much larger group. From an ethical perspective, if one is primarily interested in the overall net cost and benefit, it would seem rational to favor the larger group; however, if one is interested in creating equal opportunity for all members of the group, then the smaller group must be favored.

The ultimate solution to these problems will be inevitably complicated and filled with compromises. Some combination of rentable scooters, public transit, personal automobiles, sidewalks, bike lanes, and roads will certainly factor in to any well-designed city. As regulators work to catch up with new developments like Bird’s and Lime’s electric scooters, they will need to decide between policies which favor different constituencies; simultaneously preserving individual freedom and the common good may cease to be an option.