Uighur Re-Education and Freedom of Conscience 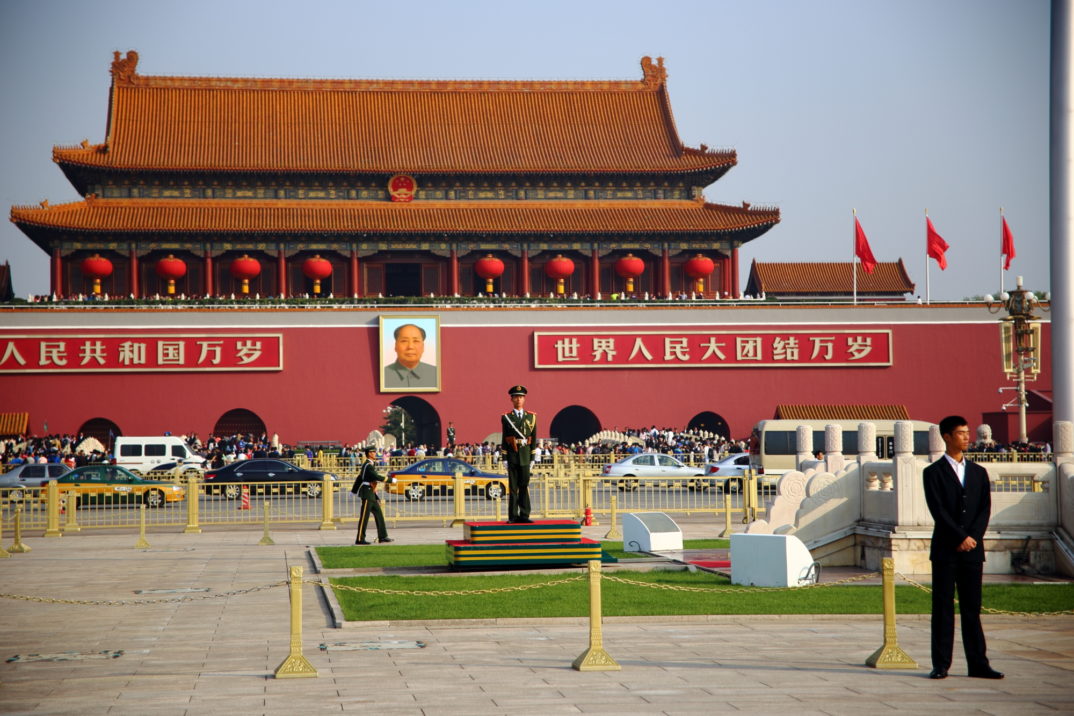 In August, UN’s human rights committees received credible information about abuses in the Xinjiang region of China. In this large, supposedly autonomous region in the west of China, there are about 11 million Uighur Muslims who speak a language similar to Turkish. The concerns raised to the UN committee included biometric testing, surveillance, and re-education programs against this significant minority population. Human Rights Watch reported that citizens that had family members living in any of 26 “sensitive” countries were being detained. The surveillance is said to include tracking people using coded entry to buildings and facial recognition technology, and the use of WhatsApp is being tracked. Credible reports to the UN claim that an estimated 1 million Uighurs are in camps undergoing torture and forced to praise the president while renouncing their religion.

Xinjiang, the largest region in China, is being compared to a large internment camp. The BBC reports, “Former prisoners told us of physical as well as psychological torture in the camps. Entire families had disappeared, and we were told detainees were tortured physically and mentally.” In August, China denied actions being taken in the region.

The extreme surveillance and lack of due process before detaining individuals in the camps is problematic from a human rights perspective, of course. Here I will focus on the conversion efforts and why they are uniquely problematic.

The Chinese government is coercing a group of people away from sincerely held ethical or religious beliefs and thereby violating a right to freedom of conscience. Why might we think this is a human right, or perhaps less stringent, a value that ought to be prima facie respected?

Historically there have been a few different angles to defend the freedom of conscience. Typically, they center on a descriptive fact of human nature: people have a plurality of ethical and religious perspectives.

A defense based on (lack of) effectiveness suggests that when you coerce ethical or religious conversion, at most you will alter external practices while the individual’s internal commitments will remain unchanged. Political coercion, in other words, is not effective in altering ethical and religious outlooks. You are, in effect, creating a group of hypocrites who have a comprehensive moral view that conflicts with their outward behavior.

There have, of course, been faiths that have at particular times doubted this ineffectiveness. The Catholic Church in Europe considered violence at times to open heretic’s eyes to the “truth,” and thus coercion was justified (Augustine argues this case in the fifth century, and others take up this tack centuries later during the Reformation). To justify this conversion, the coercive group has been committed to a notion that they have the truth, or the correct ethical view, to the point that making people believe the truth outweighs respecting their personal convictions.

Another defense of freedom of conscience originates from what could be seen as the opposite temperament – an epistemic humility about one’s own ethical or religious perspective. When we recognize that our commitments are just one set among many different sets of ethical and religious outlooks on the world, one response might be that there isn’t sufficient justification to move someone from what they believe to one’s own perspective. We can see this defense of freedom of conscience again in the Protestant Reformation (for instance, by Pierre Bayle), when some philosophers and religious scholars saw insufficient reason to adopt a Protestant or Catholic framework aside from conviction.

Both of these defenses of the freedom of conscience take it that people adopt different ethical orientations that differ substantively. In the first, the freedom is defended out of practical considerations doubting this purported fact can be altered. In the second, the freedom is defended on the grounds that the presences of a plurality undermines strong enough justification in any particular perspective to coerce conversion. John Rawls, a political philosopher in the 20th century in the US, was committed to what he called a “reasonable pluralism,” which can be seen as a mix of these defenses.

Rawls developed a theory for a just government that would have legitimate authority over its citizens and thereby be structured to promote the primary goods of the people. On Rawls’ view, there are a number of ethical and religious perspectives that one could “reasonably” adopt; people reasoning in good faith will inevitably come to different conclusions about deep, philosophical questions because of their own unique set of experiences and values. While not all determinations will be morally defensible, there will be a range of convictions that might be deemed justifiable epistemically and sufficiently tolerant of others’ views. Given this range of reasonable ethical and religious worldviews, it would be presumptuous and intolerant for a practitioner of one comprehensive moral system (say, Buddhism) to expect a practitioner of another (say, Islam) to conform to his or her own (Buddhism).  So, at the level of government it would be unreasonable to include mandatory commitment to a particular comprehensive ethical or religious perspective (tenets of Buddhism, Islam, atheism, or any system that one would reject if didn’t share the ethical or religious perspective). The members of other ethical systems could reasonably reject such a government, which would undermine its legitimacy.

It is again worth noting that there are substantive commitments underlying the pluralist commitments of Rawls’ view. There have been political philosophies that do not take pluralism to be a necessary tenet of a legitimate government while accepting the descriptive fact that people may adopt many different ethical views.

Mozi, a philosopher from the Warring States Period of Chinese history, was concerned about pluralism. He agreed with the descriptive commitment that where there are many people there are many ethical and religious commitments. However, he saw this is as something to tackle rather than to accept because of the discord that foments as a result. In a “state of nature” argument that justifies the legitimacy of a very different government structure than Rawls’, Mozi argues that an authoritarian government that speaks with one ethical voice and is free of corruption will inspire ethical monism and prosperity among the people. He thus disagrees with the first defense of the freedom of conscience and considers it possible to influence the population’s ethical perspective; roughly, he recommends having those in positions of power reward and honor individuals in line with the ethos of the government and suggests that an ethical monism in the nation will follow.

In political philosophy, the problem of descriptive pluralism is a complicated one as it involves empirical questions regarding what it takes to alter someone’s deepest ethical conviction as well as normative ones concerning which ethical convictions are justified and when influencing the convictions of others is justified. Today, the government crackdown in Xinjiang involves such an intersection of rights abuses that it is clear that many injustices are being committed. In the US, members of Congress has pressed for Trump to intervene in China to discourage their treatment but as of the second week of October, the Trump administration has not responded.