Opinion: To Face Climate Change We Need the Arts and Humanities 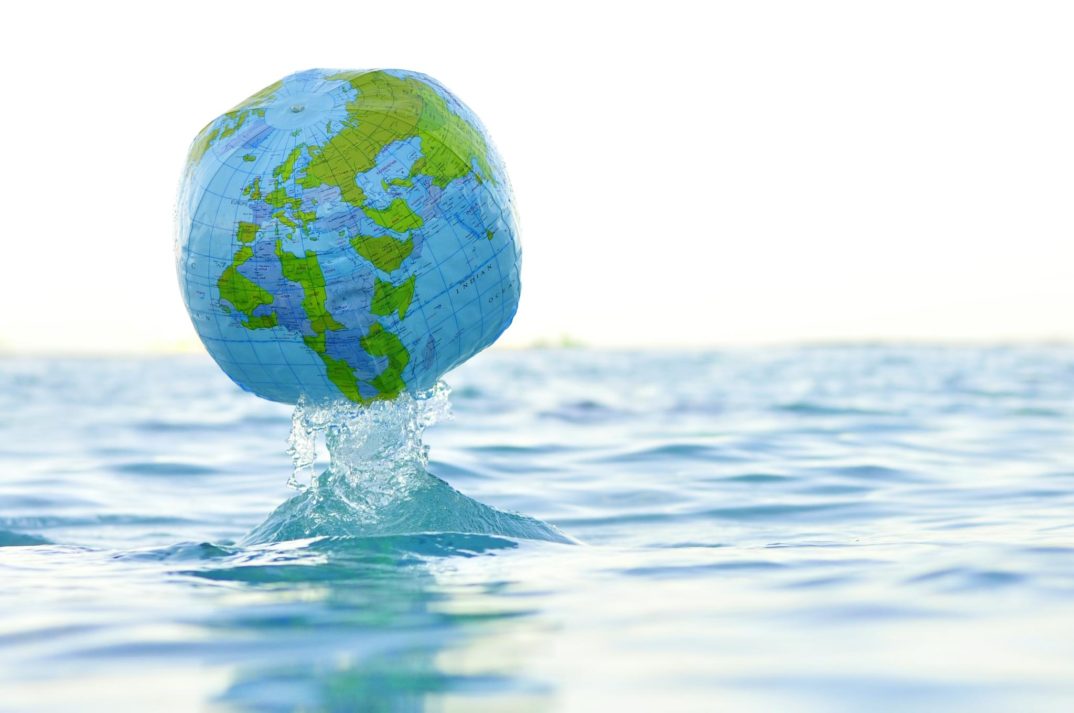 “Not only our island nation that is sinking” by Nattu licensed under CC BY 2.0

On October 11, 2018 Kate Marvel, a climate scientist at Columbia University and NASA, published a fairy tale in Scientific American titled “Slaying the Climate Dragon.”  The fairy tale is a warning about climate change “whose ending, still unwritten, is by no means guaranteed to be happy.” The tale describes a magic elixir responsible for “the source of all the kingdom’s power and wealth” that also has a dangerous side-effect of waking slumbering dragons. When dragons awake, readers witness a metaphorical political turmoil evocative of the current climate crisis play out in a few lines. The dragons are first ignored, then recognized but said to be harmless. Dragon-fire consumes more of the villages, but the King and his counselors decide “the high walls of their castle could withstand any dragon attack, and if a few peasants were eaten or incinerated, what was it to them?” The fairy tale concludes with three possible endings, some better than others, but all are plausible and may yet be written.

Why is a climate scientist writing a fairy tale? Kate Marvel has spent a great deal of her career trying to explain the cause and effects of a warming Earth to other people. Marvel says, “What I wanted to do was tell a story about climate change because it’s really hard to relate to things that we can’t tell stories about. And climate change is big. It’s diffuse. It’s slow-moving. And there are no heroes. And we’re kind of all the villains.” Marvel’s attempt to explain climate change in a creative, literary way is part of a growing trend in the arts and humanities to take up the challenge of addressing a threat that much of humanity struggles to even conceptualize. It is in this processes of conceptualizing, thought-making where the art and humanities finds potential for helpful responses to climate-change.

Take for example, the problems of individual freedom and morality in the face of climate change. No one directly caused global warming so why should anyone care to take responsibility for it?   Timothy Morton, an English professor at Rice University and member of the object-oriented philosophy movement, takes up this problem with the idea of “hyperobjects”, which he calls “entities of such vast temporal and spatial dimensions that they defeat traditional ideas about what a thing is in the first place.” A hyperobject could be something like a black hole or ecosystem. Morton argues that to be human is to be part of a hyperobject—the human species. He writes in Dark Ecology (2018), “You are a member of a massively distributed thing. This thing is called species.” Every time you start your car you don’t mean to harm Earth; in fact, the turn of your key is statistically insignificant and harmless on its own. “But go up a level and something very strange happens . . . scale up these actions to include billions of keys turning . . . harm to Earth is exactly what is happening. I am responsible as a member of this species for the Anthropocene.”  Climate change challenges our understanding of individual responsibility—philosophy can help construct new answers.

The American public is becoming increasingly numb to the scientific evidence supporting anthropocentric climate change. A study by Julia Corbett and Brett Clark titled “The Arts and Humanities in Climate Change Engagement” notes that people find it difficult to accept climate change because it “is a so-called wicked problem, given that it is socially complex, has many interdependencies, and lacks simple solutions.”  On its own, science is unable to fully illuminate a conceptual understanding of the implications of living on a warming planet. A January 2018 study published in the Current Opinion in Environmental Sustainability journal asserts that the International Panel on Climate Change should seek to actively include arts and humanities disciplines in the process of societal transformation, which is a necessary step in moving towards effective solutions. The power of the arts and humanities lies in the ability to combine analytical and creative thinking to promote world-views that incorporate the phenomena of climate change.

Author of the 2016 book The Great Derangement, Amitav Ghosh, points to literary fiction as having the potential to re-conceptualize life in terms of climate change. Gosh says, “what fiction makes possible is to approach the world in a subjunctive mode, to conceive of it as if it were other than it is: in short, the great, irreplaceable potentiality of fiction is that it makes possible the imagining of possibilities. And to imagine other forms of human existence is exactly the challenge that is posed by the climate crisis.” If we are to move society to a sustainable, responsible position in relation to Earth we must first imagine such a world.

Poetry too can play a vital role in addressing the “wicked” problem of climate change by nurturing a sense of kinship with the natural world. An introduction to the multidisciplinary anthology Arts of Living on a Damaged Planet affirms, “creative writing invites us to imagine the world differently, to listen beyond headlines to hear those quiet stories about the Anthropocene whispered in small encounters.” In a talk titled “Deep in Admiration”, writer Ursula Le Guin says, “Poetry is the human language that can try to say what a tree or a rock or a river is, that is to speak humanly for it in both senses of the word for.” Guin also notes how “Science describes accurately from outside and poetry describes accurately from inside . . . Science explicates, poetry implicates . . . We need the language of both science and poetry to save us from ignorant irresponsibility.”

Not only does art let us imagine what the world could be if we moved in a right direction, but it also lets us imagine what the world will be if we do not. “Unmoored” is a downloadable app featured in a New York Times Style Magazine’s 2018 showcase titled: “12 Artists on Climate Change.” The app, created by digital artist Mel Chin, “places the phenomenon of rising sea levels within our electronic devices” by inserting apparitions of the future on a real world backdrop. “Those who download the app and look up through their phones in Times Square can experience an incoming flotilla of boats of all kinds make its way around existing buildings and create a nautical traffic jam above.” The app provides an uncanny glimpse into the state of our future home if the current trajectory of climate change remains unchanged.

Art does more than help us imagine a future, it helps us face the present. Thinking about climate change can be scary and downright depressing; to the point that the likelihood of an ecologically dismal future is causing people to consider not having children. Jonathan Franzen’s climate-change-focused collection of essays, titled “An End to the End of the Earth,” asks, “How do we find meaning in our actions when the world seems to be coming to an end?” In a review of the essays, Sarah Crown says, “[Franzen’s] acknowledgment that the macro problem is beyond him allows him to start thinking more creatively about micro solutions: what can be achieved here, now, today.” In a blog post, Dr. Rod Lamberts, Deputy Director of The Union for Concerned Scientists, says that “If your goal is to engage people on climate change, and perhaps goad more – or different – action,” science information should move to the wayside. Instead, Lamberts points to the power of comedy: “Humour engages and excites us. It lets us play and explore ideas. It allows us to challenge the status quo in ways other interactions and communications rarely do.” Bringing together comedy and climate change is the goal of Randy Olson’s 2008 Sizzle and John Oliver’s display of an actual ‘debate’ between 3 climate-change deniers and 97 scientists. Art can help us to think and feel our way through fear.

The conundrum of climate change demands creative responses from a diverse set of disciplines and perspectives. Deborah Coen, a professor at Yale University, describes how “climate change presents a problem of scale for democratic politics” and “demands that citizens think about their place in history in a new way.” She warns us not to assume “planetary science must be ‘translated’ for public consumption” but instead a mediation “between abstract, planetary physics and everyday human needs” should be sought. An imaginative shift is required to move beyond the hollow accumulation of scientific data and towards new ways of thinking about life on Earth—a shift that can be greatly facilitated by the arts and humanities.