Is Google Obligated to Stay out of China? 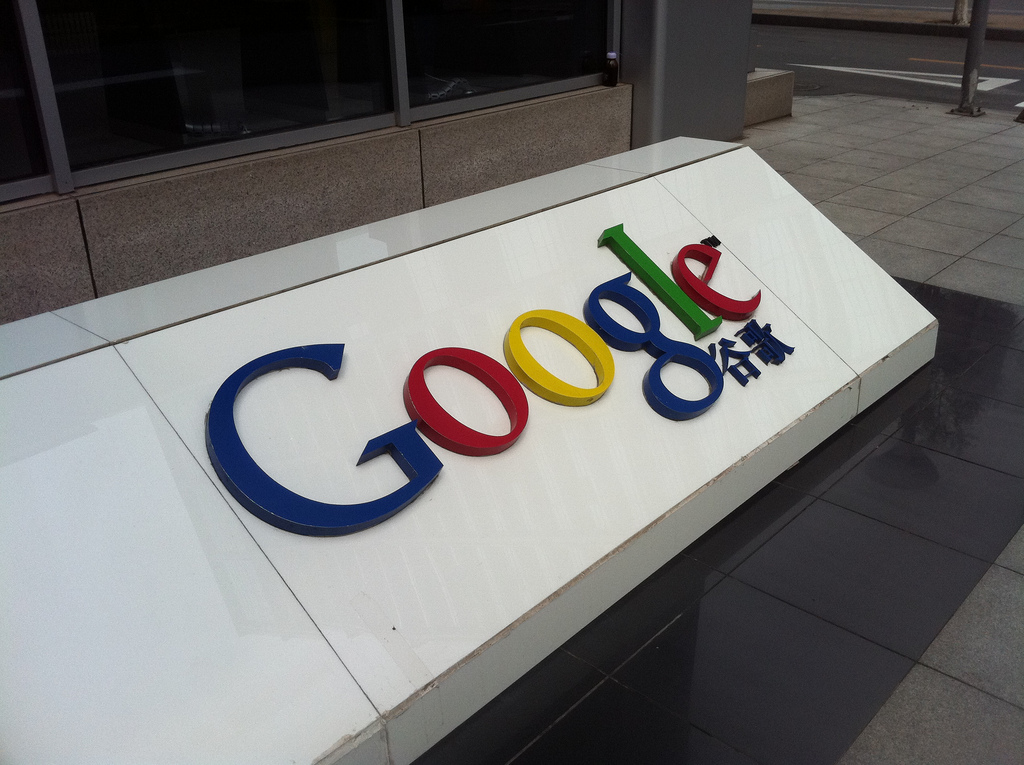 Recently, news broke that Google was once again considering developing a version of its search engine for China. Google has not offered an official version of its website in China since 2010, when it withdrew its services due to concerns about censorship: the Chinese government has placed significant constraints on what its citizens can access online, typically involving information about global and local politics, as well as information that generally does not paint the Chinese government in a positive light. Often referred to as “The Great Firewall of China”, one notorious example of Chinese censorship involves searches for “Tiananmen Square”: if you are outside of China, chances are your searches will prominently include in its results information concerning the 1989 student-led protest and subsequent massacre of civilians by Chinese troops, along with the famous picture of a man standing down a column of tanks; within China, however, search results return information about Tiananmen Square predominantly as a tourist destination, but nothing about the protests.

While the Chinese government has not lifted any of their online restrictions since 2010, Google nevertheless is reportedly considering re-entering the market. The motivation for doing so is obvious: it is an enormous market, and would be extremely profitable for the company to have a presence in China. However, as many have pointed out, doing so would seem to be in violation of Google’s own mantra: “Don’t be evil!” So we should ask: would it be evil for Google to develop a search engine for China that abided by the requirements for censorship dictated by the Chinese government?

One immediate worry is with the existence of the censorship itself. There is no doubt about the fact that the Chinese government is actively restricting its citizens from accessing important information about the world. This kind of censorship is often considered to be a violation of free speech: not only are Chinese citizens restricted from sharing certain kinds of information, they are prevented from acquiring information that would allow them to engage in conversations with others about political and other important matters. That people should not be censored in this way is encapsulated in the UN’s Universal Declaration of Human rights:

Article 19. Everyone has the right to freedom of opinion and expression; this right includes freedom to hold opinions without interference and to seek, receive and impart information and ideas through any media and regardless of frontiers.

The right to freedom of expression is what philosophers will sometimes refer to as a “negative right”: it’s a right to not be restricted from doing something that you might otherwise be able to do. So while we shouldn’t say that Google is required to provide its users with all possible information out there, we should say that Google should not actively prevent people from acquiring information that they should otherwise have access to. While the UN’s declaration does not have any official legal status, at the very least it is a good guideline for evaluating whether a government is treating its citizens in the right way.

It seems that we should hold the Chinese government responsible for restricting the rights of its citizens. But if Google were to create a version of their site that adhered to the censorship guidelines, should Google itself be held responsible, as well? We might think that they should not: after all, they didn’t create the rules, they are merely following them. What’s more, the censorship would occur with or without Google’s presence, so it does not seem as though they would be violating any more rights by entering the market.

But this doesn’t seem like a good enough excuse. Google would be, at the very least, complicit: they are fully aware of the censorship laws, how they harm citizens, and would be choosing to actively profit as a result of following those rules. Furthermore, it is not as if Google is forced to abide by these rules: they are not, say, a local business that has no other choice but to follow the rules in order to survive. Instead, it would be their choice to return to a market that they once left because of moral concerns. The fact that they would merely be following the rules again this time around does not seem to absolve them of any responsibility.

Perhaps Google could justify its re-entry into China in the following way: the dominant search engine in China is Baidu, which has a whopping 75% of the market share. Google, then, would be able to provide Chinese citizens with an alternative. However, unless Google is actually willing to flout censorship laws, offering an alternative hardly seems to justify their presence in the Chinese market: if Google offers the same travel tips about Tiananmen Square as Baidu does but none of its more important history, then having one more search engine is no improvement.

Finally, perhaps we should think that Google, in fact, really ought to enter the Chinese market, because doing so would fulfil a different set of obligations Google has, namely towards its shareholders and those otherwise invested in the business. Google is a business, after all, and as such should take measures to be as profitable as it reasonably can for those who have a stake in its success. Re-entering the Chinese market would almost certainly be a very profitable endeavour, so we might think that, at least when it comes to those invested in the business, that Google has an obligation to do so. One way to think about Google’s position, then, is that it is forced to make a moral compromise: it has to make a moral sacrifice – in this case, knowingly engaging in censorship practices – in order to fulfil other obligations that it has – those it has towards its shareholders.

Google may very well be faced with a conflict of obligations of this kind, but that does not mean that they should compromise in a way that favors profits: there are, after all, lots of ways to make money, but that does not mean that doing anything and everything for a buck is a justifiable compromise. When weighing the interests of those invested in Google, a company that is by any reasonable definition thriving, against being complicit in aiding in the online censorship of a quarter of a billion people, the balance of moral consideration seems to point clearly in only one direction.