The Right Side of History: A Case for Basic Income 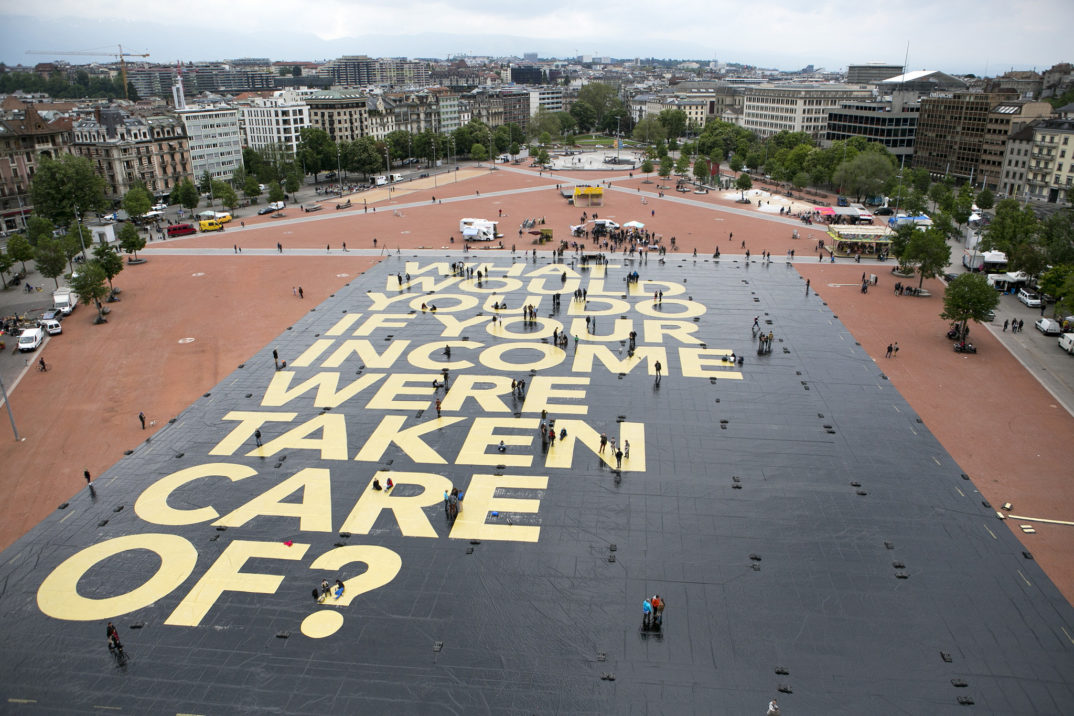 Doug Ford’s recently elected Conservative government has announced withdrawal of a province-wide basic income pilot that they had pledged to maintain during their campaign. Many see this basic income project not only as a lifeline for struggling workers, but the future of redistribution under late capitalism.

Prior to the recent announcement, positive reports were emerging during the first pilot year of an unconditional basic income for low-income residents in Ontario. In April 2017, the Canadian province had joined a global wave of basic income pilot projects, including Finland, Brazil, Namibia, and the Netherlands. Canada was no stranger to the notion of a basic income, as a similar scheme was undertaken in the city of Dauphin, Manitoba in 1974. Participants received an unconditional transfer of the equivalent of $16,000 CAD at current rates for four years. The study found that this income did not undermine work incentives, but provided a safety net for participants in times of illness or economic instability, lowering both hospitalization and mental health events. It also enabled high-school aged children to remain in school instead of joining the workforce, and permitted new mothers longer maternity leaves.

The idea of a universal basic income extends some centuries. Thomas Paine, Condorcet, Bertrand Russell, Martin Luther King Jr., Milton Friedman, and more recently, Philip van Parijs, founder of BIEN (Basic Income Earth Network) have endorsed the idea that a just society requires a guaranteed income for its members. Even Richard Nixon was prepared to pilot the notion of a “negative income tax.”

These proposals would also have been hailed by Henry George, a 19th century American populist thinker more known among the discontented American precariat in the early 1900s than Karl Marx. George argued that humans share equal entitlement to natural resources, noting the thinness of justification for private ownership of a communal Earth. To remedy the injustice of private land ownership, George proposed a radical, single land tax as a means to eradicate poverty by redistributing the unearned increment of rent back into the community. Alaska’s “Permanent Fund” operates on a principle akin to Georgism, distributing an annual dividend from oil and gas revenues to individual residents.

Basic income addresses some deep ethical issues confronting capitalist societies. From a Marxian perspective, a universal basic income can address capitalism’s worst excess: an unemployed or precariously employed reserve driven to work for low wages that do not sustain life. Basic income undercuts the suffering of those most burdened by capitalism: those who engage in forced, unremunerative, undignified labour, or are excluded from wages altogether.

While pilot projects have focused on low income populations, BIEN advocates for a universal basic income, arguing for the greater feasibility and wide-ranging benefits of an entitlement approach to a minimal income for life. This idea has great transformational potential against the exploitation of the capital-worker relationship, re-framing the necessary means to sustain life as a right instead of something that must be earned, no matter the exploitative conditions under which one must scrape a living. Thus, a basic income has transformative potential regarding the commodification of human labour, as noted by sociologist Erik Olin Wright.

Given how we have come to articulate many basic human capabilities and needs under the framing of “rights” and “entitlements” such as healthcare, education, and housing, classing a minimal income to sustain life as among these rights has the merit of consistency from a deontological perspective. Nobel-award winning economist Amartya Sen and philosopher Martha Nussbaum have more recently articulated a normative theory of human capabilities as a basis on which to shape national policy. A nation’s wealth, argues Sen, should not be measured in terms of GDP, but in terms of what its citizens are actually able to be and to do. Kathleen Wynne, Ontario premier speaking for the Basic Income pilot, seemed to evoke this capabilities perspective in her account of the project: “We want to find out whether a basic income makes a positive difference in people’s lives. Whether this new approach gives them the ability to begin to achieve their potential.”

The recent mainstreaming of the idea of basic income has an urgency in addition to its moral force. People from all ideological quarters note that recent and future shifts within Western capitalism require innovative responses. The ideologies which framed economic success or precarity in terms of individual virtue or vice have been deeply shattered. In the wake of 2008, contemporary discourses are shifting instead towards identifying systematic causes of economic inequality and instability. In the uncertainties of the future glimpsed within the radical next stages of capitalism, basic income may be the way in which individuals and societies can adapt and prosper to an increasingly mechanized and digital world that will entail greater dependence on the widespread cultivation of human capital. The Ford government’s proposed cancellation of the basic income pilot is not only a breach of faith with the people of Ontario, it appears to be on the wrong side of history.