The Moral Legacy of Karl Marx 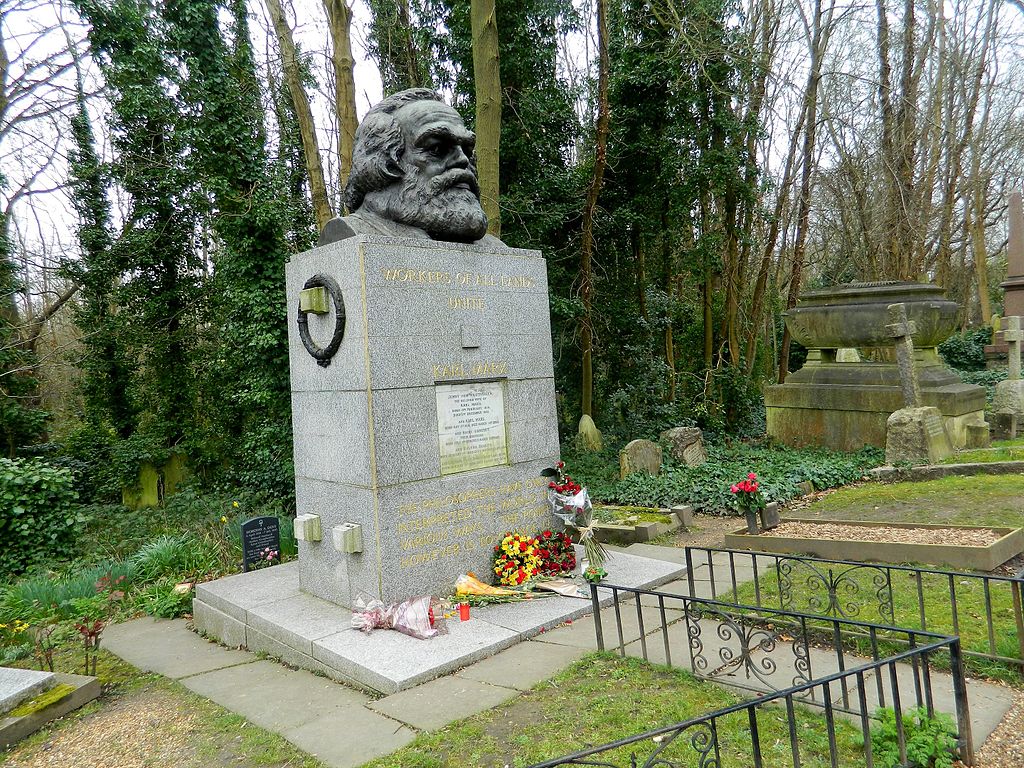 “Grave of Karl Marx Highgate Cemetary London” by Stas1995 is licensed under BY CC SA 4.0 (via Wikimedia Commons)

2018 is the 200th anniversary of Karl Marx’s birth. There have been some celebrations throughout the world (especially in his home city, Trier), but there have also been protests against it. Marx is accused of having been the ideologue of a system that ultimately murdered millions of people, and therefore, so the argument goes, he deserves no celebration.

Was Marx guilty of such crimes? Of course not. Marx was merely a theoretician. Yet, as Richard Weaver famously warned, ideas have consequences. And, it is absolutely certain that Marx’s ideas had some profound negative consequences throughout the history of the twentieth century. Yet, even if ideas do have consequences, it is still not clear that the original formulator of those ideas is responsible for the harm they may cause. Much religious violence has been carried out in the name of Jesus, but it would grossly unfair to blame him for that. Perhaps the same could be said of Marx.

Marx was legitimately concerned with the horrendous working conditions of the Industrial Revolution in the 19th Century. In this regard, he may be compared to Dickens and other Victorians, who were passionately disturbed by child labor, 12-hour labor shifts, and so on. But, Marx’s intellectual contribution went beyond, inasmuch as he sought to analyze how economic relations work in capitalism.

This analysis seems very appealing at first. Under Marx’s view, capitalists exploit laborers by profiting from their work. Surplus value, according to Marx, should go to its real producers (the workers), and not the lazy and greedy capitalists who just sit and watch as they effortlessly get richer.

Yet, Marx relied on a deeply flawed economic conception, the labor theory of value. According to this theory, the value of commodities depends on the amount of labor that goes into it (measured by number of hours and number of workers). Economists now know that this is not the way value works. A commodity’s value is mostly subjective, and the amount of work that goes into it does not necessarily influence its price. A good product (in the sense that it is sought by consumers) may be produced in just a few hours, whereas a bad product may be produced in months. Regardless of the hours of production dedicated to it, the good product will be more valued in the market.

If, as we now know, value is not exclusively dependent on labor, then perhaps capitalism is not oppressive as Marx believed it to be. Capitalists, on account of their business creativity, may actually play a bigger role in the production of surplus, and as a result, they may deserve what capitalism allocates them.

The problem with this argument is that it seems to accept the growing inequality that is shaping social life in industrialized nations, and that is a moral problem of its own, for inequality has some devastating effects. Marx had little patience for inequality, and he seemed to be mistaken in his economic assumption as to why capitalist inequality is immoral. But, inequality in its current form seems also very immoral. Although his economic ideas were deeply flawed, Marx may have offered the necessary counterview in order to balance the abuses of capitalism today. Perhaps that is his most enduring moral legacy.

What about the crimes done in his name? Marx had very little to do with that. He certainly called for revolutions, armed struggle and a “dictatorship of the proletariat”. But, one must not lose sight of the fact that Marx himself was persecuted in various European countries, and voting rights were very limited. His call for revolution and armed struggle, at least in that context, was legitimate, as no democratic options for social transformation were truly available. He never endorsed terrorist tactics targeting innocent civilians. As for political repression, Marx never really laid out how a Communist society would work; his concern was almost entirely a critique of capitalism, not the political organization of Communism. Thus, the Communist crimes committed in his name relied more on other theoreticians’ ideas (such as Lenin or Mao), than on Marx himself.

Perhaps a stronger moral indictment of Marx may rely more on his actions than on his ideas. Although he ultimately lived in atrocious conditions of poverty, Marx never ceased to be part of the bourgeoisie that he so vehemently hated. He was economically supported by his friend Engels, but Engels himself was a capitalist who never contemplated distributing his wealth amongst his victims of exploitation. In a sense, Marx was complicit in this. Even more so, Marx critiqued the Victorian hypocrisy of bourgeois men, in taking mistresses of lower socio-economic status in order to dominate them, but he himself fathered an illegitimate child with his family’s servant.

This hypocrisy has been a major problem of the Communist left in our times, as a common Venezuelan saying goes: they speak like Marx, rule like Stalin, and live like the Rockefellers. Contemporary Marxists such as Gerald Cohen have addressed this issue (in a book with a self-explanatory title, If You’re an Egalitarian, How Come You Are So Rich?), and has urged rich Communists to, indeed, give some of their wealth away. However, the hypocrisy lingers on, and Marx seems to be more popular in the college classroom than at the bank.