In the Boy Scouts, Making Room for More than Just Boys 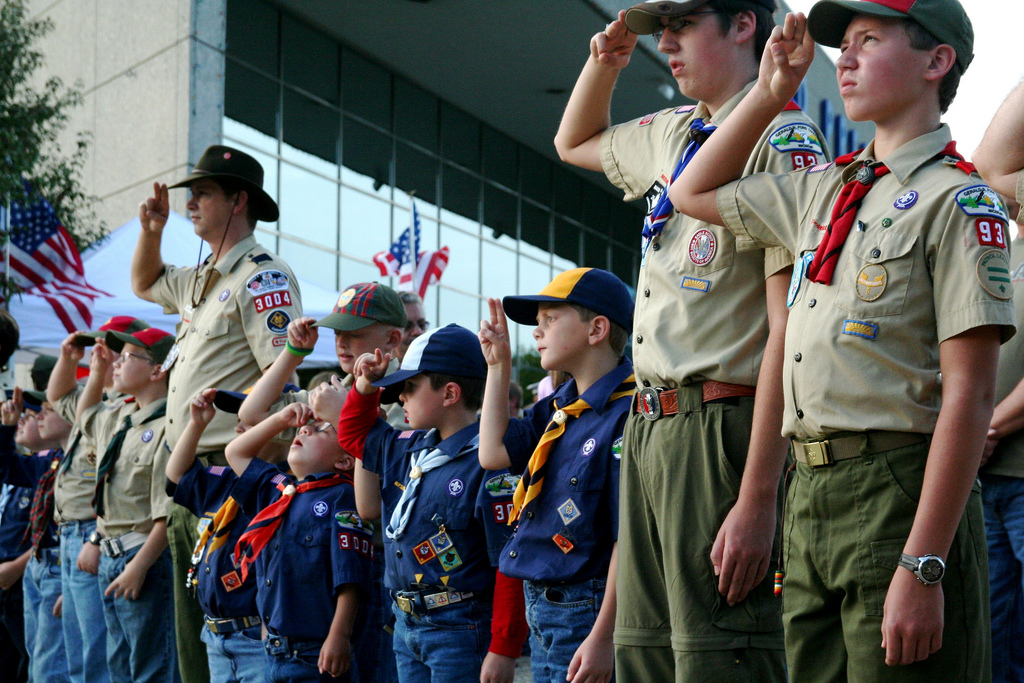 In October of last year, the Boy Scouts of America announced that the organization would begin admitting girls.  Cub Scouts, the organization for youths 7-10 years old, will begin welcoming girls this summer.  The program for youth 11-17—The Boy Scouts—will change its name to Scouts BSA and will begin accepting girls, providing a pathway for young women to become Eagle Scouts.

It may seem obvious that the motivation for the change in policy is a desire to be more inclusive.  It does appear that inclusivity has been a recent goal of the organization.  In 2013, the organization lifted its ban on gay scouts, in 2015, it ended its ban on openly gay scout leaders, and in 2017, it allowed transgender youth who identified as male to join the organization.  On the other hand, it may well be that the organization has changed its policies in a desperate attempt to survive.  The Boy Scouts has recently seen a substantial decline in membership.  At its peak, the organization had 4 million members. Five years ago, membership sat at 2.6 million, and it has now declined to 2.3 million.  Opening the door to a wider range of members makes sense if they want to increase membership.

Increased inclusivity in response to social pressures makes good sense generally, but it also poses a fairly unique and substantial challenge to membership numbers for the Boy Scouts in particular.  In May of this year, the Mormon Church announced that it would end its more than 100 year-long relationship with the organization. Many think that the termination of the relationship is explained, at least in part, by the fact that the Boy Scouts is changing in response to social pressures in a way that the LDS Church is not. This parting of ways will likely result in a substantial decline in membership.  This seems to constitute all the more reason to open the organization up to the other half of the American youth population.

One common response to the change in policy is concern about mixing genders in these kinds of activities at this particular age.  Some people are concerned that scouts might be less interested in earning merit badges or achieving Eagle Scout status if members of the opposite sex distract them.  As it turns out, however, this concern is largely unfounded. The organization will largely be divided along gender lines with dens for boys and dens for girls.  Even so, the change in policy is very controversial.

At the heart of this debate are questions pertaining to gender difference.  Do organizations that divide people along gender lines make sense? Are they valuable? Are they harmful?  Emotions run high on all sides when it comes to these topics. Some people argue that differences in skills, talent, and interest between genders that may appear to exist can largely be explained by social conditioning.  There is nothing about being a young man rather than a young woman that makes a person more likely to be interested in camping, fishing, or hunting. If boys are more likely to be interested in these activities than girls are, that is simply because society has encouraged that behavior in men more than in women.  Some argue further that the socialization of gender roles is harmful for everyone. Members of both genders are prevented from developing certain interests because they are either perceived as socially strange if they do so. Historically, they have been outright barred from organizations that develop those skills.  The set of traits that are developed in the Boy Scouts are generally perceived by society as traits that young men excel at. This judgment becomes a self-fulfilling prophecy when women aren’t allowed into the organizations in which these skills are developed.

Others perceive that there is a cultural trend toward denying any and all natural difference between men and women.  Some see this change in policy as just another step in the demolition of traditional attitudes about gender. Those who argue for this position maintain that certain features of biology make it the case that boys and men are likely to have certain kinds of interests and skills.  These interests and skills can be encouraged and developed by older men who have themselves perfected them.