The Return of the Race Debate 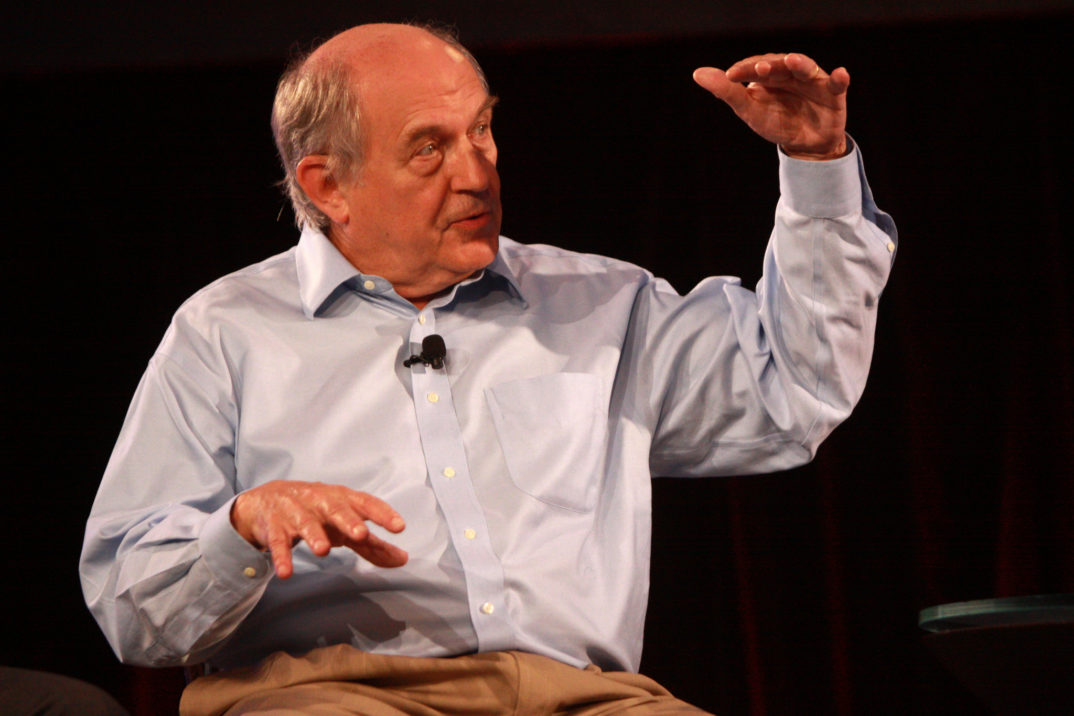 There seems to be a rule among American intellectuals: every five years everyone has to have a huge fight about whether there are innate differences of intelligence that separate the races, and whether there actually are races to begin with.  The most recent version of the fight centers around an op-ed in The New York Times by Harvard geneticist David Reich.

The article stirred up a battle between two outspoken public intellectuals—the liberal website editor Ezra Klein and the often-contrarian author and podcaster Sam Harris.  The debate goes back to the book that led to the mother of all battles about race and intelligence: The Bell Curve, by Charles Murray and Richard Herrnstein. This is the same Charles Murray who recently tried to give a talk at Middlebury College, and not only got shouted down but had his campus escort assaulted.

The issue separating Klein and Harris is whether good, liberal, egalitarian people ought to have any truck with people who see racial differences as both real and significant.  Klein: we should beware when science seems to lead to tired justifications for bigotry. Harris: we should follow science wherever it leads. Plus, there’s all the sniping and snark that makes the internet so fun.

Stepping away from the wrestling match, the article by Reich is fascinating for the way it attempts to woo liberals to the science of racial differences. First, Reich concedes that race is socially constructed.  If Barack Obama is considered black in the US but not black in Brazil, clearly varying standards are at work. Nevertheless, there are innate differences between self-identified blacks and self-identified whites in the US, he says.  How can that be? According to Reich, it so happens that those who self-identify as black in the US have different ancestry than those who self-identify as white. The former, but not the latter, derive 80 percent of their genes from sub-Saharan African ancestors.

Some will say Reich’s concession to social constructionism isn’t necessary or even coherent.  Race realism is an option, despite the varying criteria in different cultures. We shouldn’t fear it, because it doesn’t have to entail the antiquated and repulsive views of “racialists.”  Race realists think that race is real, but not necessarily deep-seated, life-shaping, and hierarchical. In fact, some race realists vehemently reject all three of those adjectives.

As an example, Michael Hardimon argues for a view he calls “minimal race realism” in his book Rethinking Race: The Case for Deflationary Realism (Harvard 2017).  Minimal race realism says that there are racial groups in the following sense.  “A race is a group of human beings (C1) that, as a group, is distinguished from other groups of human beings by patterns of visible physical features, (C2) whose members are linked by a common ancestry peculiar to members of the group, and (C3) that originates from a distinctive geographic location” (Rethinking Race, p. 31).

Another sort of race realism sees races as subspecies of a single species.  Richard Dawkins compares races of human beings to subspecies of a single salamander species in his book The Ancestors’ Tale (an excerpt is here). Among the species Ensatina, there are the yellow-spotted croceater sub-species, the red-spotted platensis sub-species, and several others.  These superficial differences are adaptations to different environments; racial differences between humans are no more profound. Again, he vehemently rejects racialism.

Whatever you think race is—socially constructed, minimally real, or equivalent to biological subspecies—it’s a further question what differences there are between racial groups.  It’s just that on social constructionism, there has to be a relativization to social context. Brazilian blacks and whites may differ in different ways than American blacks and whites, because of the distinctive way race is socially constructed in Brazil.

Now, Hardimon and Dawkins, though race realists, are at pains to say that racial differences are superficial. What’s notable about Reich is that he doesn’t agree. In fact, he “goes there”: to the idea that innate differences might explain differences in educational attainment. But first, he tries to warm us up to the idea that racial differences are not entirely skin-deep.  They include differences in susceptibility to diseases like prostate cancer, multiple sclerosis, and end-stage kidney disease. Forget about salamander spots if you want to understand what separates different human races!

The possibly innate trait that Reich links to educational attainment is nothing so crude and toxic as IQ.  That’s not going to be swallowed by the liberal readers he’s trying to reach—folks who have decided Charles Murray was wrong and Steven J. Gould was right (see The Mismeasure of Man).  Instead, he focuses on a feature indirectly related to educational attainment: postponement of childbearing. In one study of Icelanders, genes for postponing having children were associated with spending more years in school.  Maybe, he seems to be saying, that will turn out to be a racial difference, and one that anti-racists can live with.

Anti-racists may say “no thanks,”  but Reich writes that if people don’t pay attention to good science, that creates a vacuum that tends to be filled by the wrong voices.  He cites bad research that supposedly shows that people with sub-Saharan ancestry don’t work as hard (Harry Harpending) and have lower intelligence (James Watson). The bad researchers take advantage of liberal reluctance to discuss racial differences to resurrect “hateful ideas” and “racist stereotypes” and “old racist canards.”

I wonder, though, whether Reich has steered clear of racist stereotypes. Isn’t it, in fact, one of the usual stereotypes about African Americans that they have too many children, too fast?  Should we not be at all troubled if genetic research shows there’s more of a genetic propensity to postpone parenthood among American whites than among African Americans?

If the science Reich cites is good science, then we’ve got to live with it, but for the layman, it’s just about impossible to tell what’s good science.  In Reich’s article, he says that Watson’s (and Murray’s) claims about blacks having lower intelligence are “backed by no evidence.” On the other hand, Sam Harris (who has a Ph.D. in neuroscience) asserts that the claims about intelligence in The Bell Curve are impeccable: “there is almost nothing in psychological science for which there is more evidence than these claims. About IQ, about the validity of testing for it, about its importance in the real world, about its heritability, and about its differential expression in different populations.” (This is from his podcast interview with Charles Murray, and also quoted by Klein.)

In principle, Harris is right: we’ve got to go where the science leads. But where does it actually lead? We can actually agree with Harris and also with Klein: we should beware when science seems to lead to tired justifications for bigotry.