Opinion: A Moral Defense of Monogamy 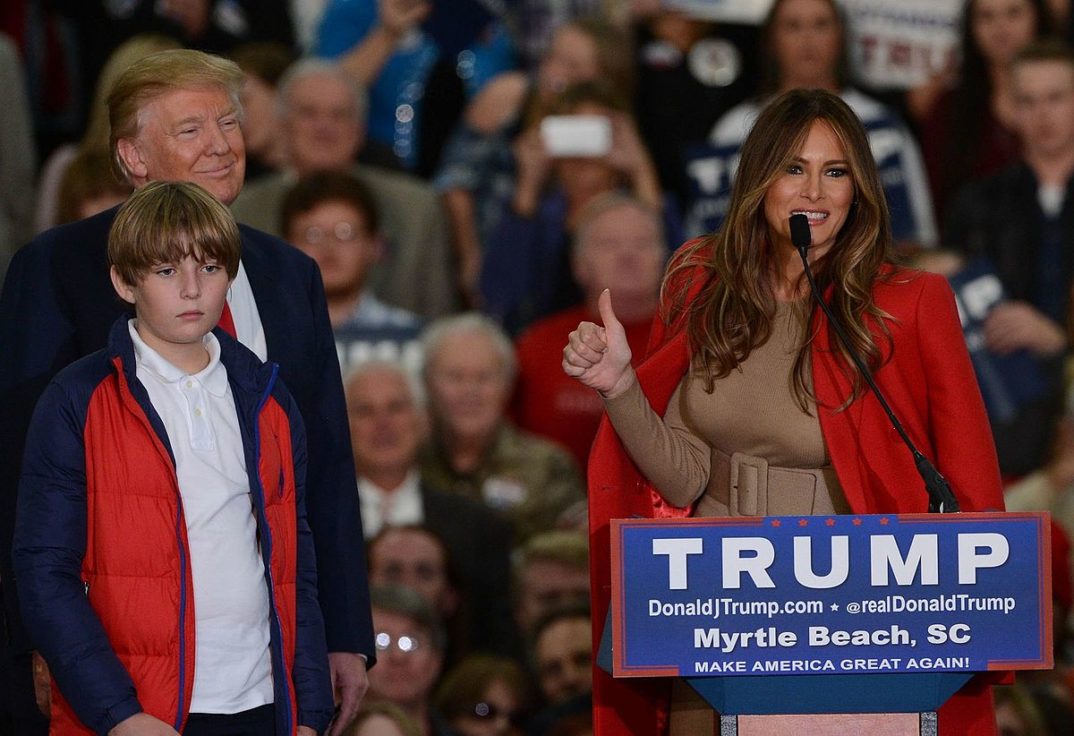 “First Lady Melania Trump Speaking in 2015” by The White House is licensed under CC BY 3.0 (via Wikipedia)

But, aside from the legal technicalities, this affair should also elicit moral comments. Trump’s behavior with women has been notoriously faulty, as the infamous revelations about his conversation with Billy Bush makes clear. Back then, he claimed it was “locker room talk,” just words, but not real deeds. Yet this time, it seems to be more than just words. If the allegations are true, the relationship with Stormy Daniels would have been adulterous, a clear moral wrong.

Adultery is unmistakably unethical because of its deceitfulness. The person being cheated on suffers the consequences of the deceit and the betrayal, and this harm makes adultery morally objectionable. Western civilization has placed great emphasis on the sanctity of monogamous marriage, and although this protection is mostly religious, traditionally it has also had secular moral support.

Yet, some wonder if there is any moral way to have multiple sexual partners. Janet Hardy believes it is indeed possible. In her popular book, The Ethical Slut, she lays out how to do so. Her basic argument relies on consent and respect. Polyamory can be ethical, as long as it is not deceptive, rules are well established from the outset, and equality is thoroughly applied (it would be unfair for someone to be jealous, and at the same time, require her partner not to be jealous).

If we accept John Stuart Mill’s harm principle, then it seems that consensual non-monogamy is fine. And, ever since the end of the 19th century, monogamy itself has been under intellectual attack by authors who consider it contrary to human nature, and hence an oppressive institution. Marx and Engels, for example, believed it was a bourgeois invention formulated to oppress and control women and secure the unity of private property in the passing of patrimony as inheritance. Marx was especially critical of the hypocrisy of Victorian aristocrats who publicly defended the virtues of monogamy, yet privately had multiple mistresses (ironically, Marx himself was one of these hypocrites, as he secretly had children with his maid).

The element of hypocrisy denounced by Marx is clearly present in many monogamous relationships (astonishingly, evangelicals refuse to withdraw support from Trump, despite his obvious adulterous behavior). Yet, the baby should not be thrown out with the water. Even if surrounded by massive hypocrisy, monogamy still deserves a moral defense.

Monogamy should have the support of ethicists because it seems that it is our natural disposition (although, admittedly, the naturalness of things is not a guarantee of its moral worth). For most mammal species, the norm seems polygyny, in which one male controls a harem of females. Inasmuch as in every species, there is an even proportion of males and females, for every additional female that is incorporated into the harem, one male is excluded from sexual access. This leads to more competition, and in these species, sexual competition amongst males has eventually given rise to large canine teeth, and prominent sexual dimorphism.

Humans do not have large canine teeth, and sexual dimorphism is not very striking, although admittedly, men are on average larger than women. Sexual competition has a place in the human species, but not to the degree that it is found in polygynous mammal species. There are two important evolutionary reasons why, as opposed to most mammal species, humans became monogamous. First, humans were vulnerable to many predators, and their survival hinged upon the cooperation of groups. Intense sexual competition would have shattered group cooperation, which proved to be crucial in the harsh conditions of the African savannah. Second, humans are born in a much more vulnerable state than other species. This required an extreme care of the young that the mother alone could not have provided. Thus, those males who were more dedicated to their offspring by concentrating care on the offspring of a particular mother (i.e. monogamy), increased their chances of passing on their genes.

Whenever human societies have moved away from monogamy, and have established harems, conflicts arise. Females dispute their place in the harem, and excluded males fight for sexual access. This has the potential for great violence. Perhaps the prototypical example is the Ottoman Empire, with all its harem intrigues. Polygyny has strong correlations with inequality and violence. In polygynous societies, the powerful are in a better position to take additional women (it is thus not surprising that various American Presidents have engaged in this type of behavior, not just Donald Trump), and excluded men go to great lengths (often violently) in order to have access to women. Monogamy solves this problem by assigning one woman to one man, and thus, making sure no one is excluded.

This has been long acknowledged, but some authors have proposed that the way to overcome sexual competition is by having some sort of sexual communism. In another popular book, Sex at Dawn, Christopher Ryan and Cacilda Jetha proposed that the natural disposition of humans is actually the sort of sexual communism that is typical of bonobos. This takes care of the exclusion and violence problem, without having to recur to the control typical of monogamous relationships. In Ryan and Jetha’s estimation, monogamy arose in pair with private property, thus making marriage a sort of exclusivist relationship akin to property, a view originally held by Lewis Henry Morgan in the 19th century, and favored by Marxists in the 20th century.

Yet, this view is wrong. Jealousy seems to be deeply enshrined in our biological nature, and this jealousy is incompatible with sexual communism. It is true that one of the species closest to us, the bonobos, do practice some form of sexual communism. Yet, bonobo offspring are not as vulnerable upon birth, and males do not dedicate the same effort to the care of the newly born and offspring, as in the human species. This makes evolutionary sense. For a male’s effort to pay off, there needs to be parental certainty. Sexual communism takes away parental certainty. The effort of the human male in taking care of the offspring has to be compensated with the assurance that the offspring is really his, and this can only be done with monogamy.

It is true that the control and jealousy typical of monogamous relationships are frequent motivations of divorce, and divorce rates are high in Western monogamous countries. By comparison, countries that are more tolerant of polygyny, such as in the Middle East, divorce rates are not as high. Yet, ethicists should still value monogamy as a protection against the explosiveness of marginalized youth; and monogamy should also be valued as the type of pairing that best ensures the proper care of offspring.