Is the Media to Blame for Police Brutality? 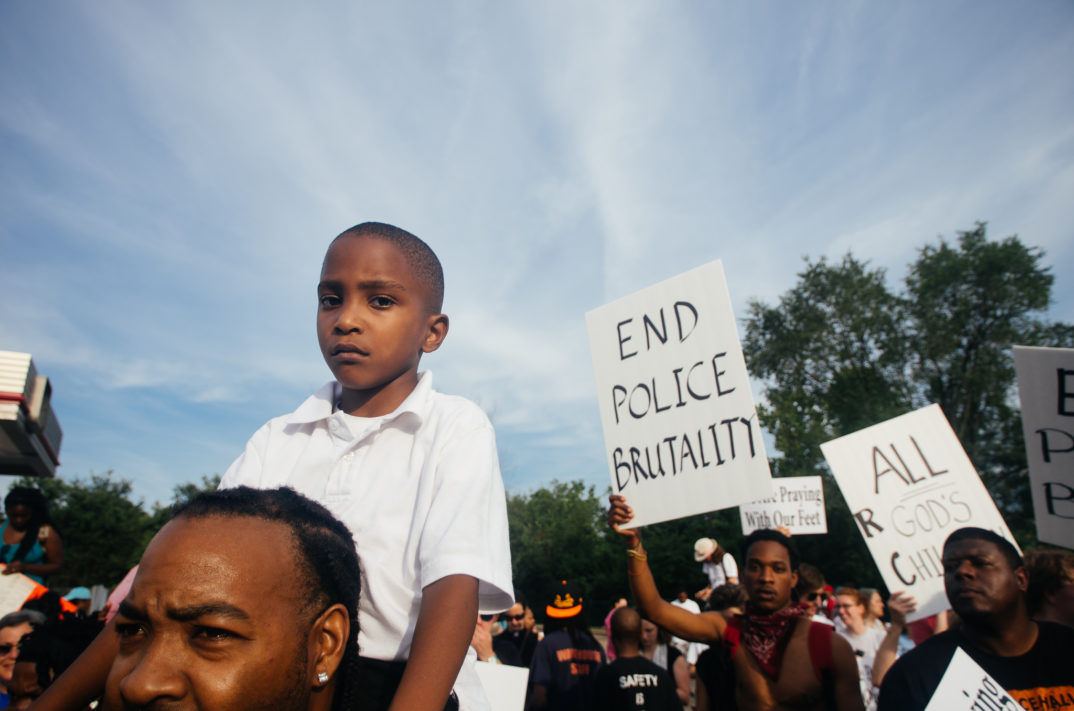 Police brutality is a painful and all-too-familiar concept when the plight of black people is brought up. Although police abuse of African Americans has been prevalent in the United States for decades, the years 2012 and 2013 are especially significant. It was in 2012 that Trayvon Martin was murdered by George Zimmerman. The following year, Zimmerman was found not guilty of second degree murder and was acquitted of manslaughter. Since then, there’s been a trend of police killing unarmed black people. Since Martin’s death, African American males such as Tamir Rice, Michael Brown, Philando Castile, and most recently, Stephon Clark have lost their lives because of police brutality. After so many lives lost, one might wonder why there is no solution to prevent the police from killing unarmed African American men. Police departments have tried retraining their officers with the hopes of them making the right decision when dealing with suspects– particularly suspects of color. Yet black men still lose their lives. Perhaps, in order to solve the issue of police brutality, we need to truly understand it. Although police brutality stems from bigotry and carelessness, especially the former, the key to why police officers kill black males might be rooted in how they developed their racist conventions. Could it be that the contemporary media landscape is contributing to the death of black males by police officers?

Black disenfranchisement has been prevalent in the media for over a century. It began with minstrel shows, where white actors would dress in blackface and act ridiculously on stage. It was their rendition of what they believed to resemble black behavior. The introduction of film and television only gave this racist media a bigger platform to show their images. Movies and cartoons now included the racist caricatures of black people that were shown in minstrelsy that dehumanized African Americans.

In today’s mainstream media sphere, the disenfranchisement of black people is not as blatant as it was in the 20th century, but it is disenfranchisement nonetheless. In 2011, The Opportunity Agenda, a social justice communication lab, conducted a study on media portrayals of black men. According to their study, negative mass media portrayals were strongly linked with lower life expectations among black men. Such a result could be a reflection of black men are stereotyped to criminals in media. For instance, in the 2001 film Training Day, Denzel Washington’s character is an enduring portrayal of black men being depicted as violent criminals. Such portrayals of black men are also displayed in The Wire through the unforgettable, shotgun-toting character Omar.

In addition to rendering black men as criminals, mainstream media promotes the negative image of a black male. The Opportunity Agenda study also showed that there is a overwhelmingly exaggerated amount of cases where black men are associated with drug-related crime, unemployment, and poverty. Although there are black men who fit into these categories, it does not mean that all black men do, and The Opportunity Agenda study shows how black men in states of unemployment, poverty, and crime overrepresent those that are not.

In comparison, the media fails to depict black men in a more positive light. They are not often shown as reliable and relatable characters with fully developed backgrounds in film and television. Rather than an emphasis on black men as lawyers, doctors, and scientist, consumers of mainstream media are exposed to a more negative side of black men.

Perhaps it is the negative portrayal in mainstream media that contributes to police killing black men. When we consume media, it can often influence our thinking, creating biases and affecting how we interact with our environment and those around it. Maybe, police officers who witness content that negatively portrays black men have taken these stereotypical images and attributed them to the black people in real life. These negative images might prompt them to assume that every black person they interact with possesses some kind of malicious intent, which causes the abuse of black men. That might be why a police officer shot twelve-year-old Tamir Rice, who was playing on a playground with a toy gun. It could be why an officer shot and killed Philando Castile when Castile was trying to explain that he had a firearm in his vehicle. The media’s portrayal of black men could make these officers see thugs and criminals rather than normal citizens.

At the same time, the media’s portrayal of black males affects black men themselves. There’s a chance that black men, especially young black men, witness people that look like them on television as gangsters. They can internalize these images and be influenced by them, prompting them to become the very thing that these trigger-happy police officers think they’re up against everyday.

Now, is this to say that police officers don’t take as much of the blame for killing unarmed black males? Absolutely not. At the end of the day, these police officers consciously made the decision to draw their guns and fire at unarmed citizens. However, the factors that make these officers fire their weapons at young black men should be explored. Their possibly racist sentiments combined with the mainstream media image of black men could, at least in part, be at the root of the violence done against black men.