Ethics in CultureOpinionTV and Film

Three Billboards Outside Ebbing, Missouri, and the Ethics of Black Humor 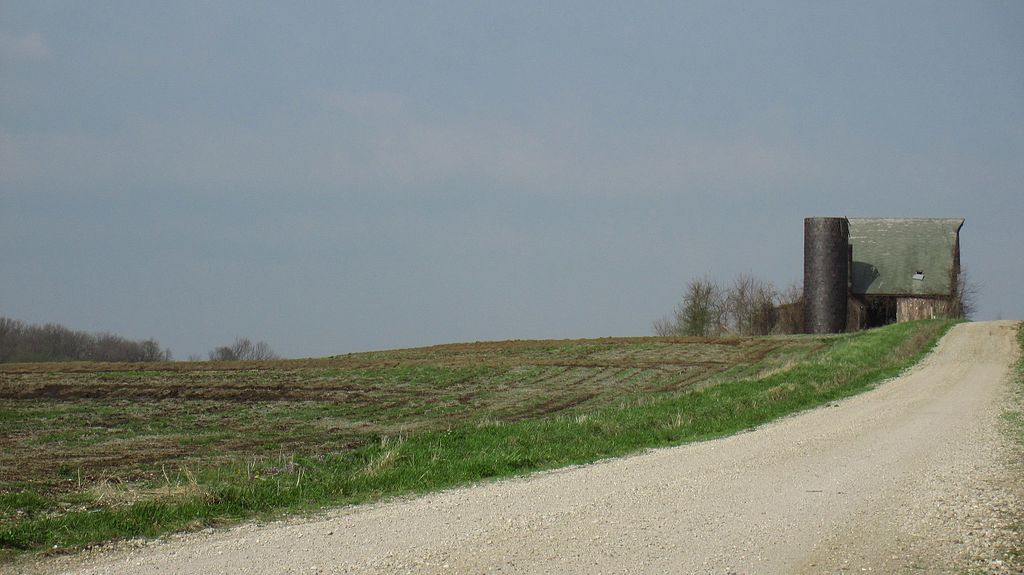 “Silo and Barn, Tina, Missouri” by VoyagerMU is licensed under CC BY-SA 3.0 (via Wikimedia Commons)

Mildred, the movie’s protagonist, is desperate to get the police department to investigate the rape and murder of her teenage daughter, Angela. Some way into the movie, we learn she feels especially terrible about the crime because she forced her daughter to walk to her destination on the night it occurred. Angela’s parting shot, as she left the house, was that she hoped she’d be raped. Mildred said she hoped so too.

You’d think after a grotesque mistake like that, Mildred would have learned to tone it down, but no. She’s constantly abusive to her son, throwing a spoonful of cereal in his face for no reason. The son returns the so-awful-that-it’s-funny abuse by calling his mother a “cunt” when they’re having one of their many fights.

Mildred is actually almost relentlessly abusive to everyone and everyone else is almost relentlessly abusive to everyone else. They all call the town dentist the “fat dentist” and a friendly guy played by Peter Dinklage is constantly dismissed as a “midget.” Mildred blames the police department’s stalled investigation on detective Willoughby (Woody Harrelson), despite the fact that he’s dying of cancer. And then there are the times when she stabs the “fat dentist” and sets the police department on fire.

We are invited to be nasty too. The movie sets it up so that the racist in the police department, an idiot-loser named “Jason Dixon” (Sam Rockwell), is on the premises when Mildred sets the fire. He doesn’t notice the advancing flames because he’s reading a letter from the recently deceased Willoughby that gives him hope that he’s not just an idiot-loser, but capable of figuring out who raped and killed Mildred’s daughter. Hilarious (in a dark, dark way)! Before that, he threw a guy out the window for putting up the billboards and the two wound up in body casts in the same hospital room. That’s supposed to be so-awful-that-it’s-funny too.

Considering the movie’s non-stop awful behavior, it’s a little mysterious why Jason’s racism is the one thing critics find unforgivably offensive. Could it be that you may make comedy out of child abuse, you may ridicule fat people and dwarfs, you may laugh at loser-idiots and children who call their mothers “cunts,” but laughing about racism is not allowed? I confess to just not understanding this moral calculus.

In fact, the humor about racism doesn’t work for me, but neither does the rest of the movie’s black humor. Perhaps we’re supposed to find something warm and humane about this panorama of small town awfulness because in fact none of these people are actually 100% awful. They have moments of tenderness toward each other, no matter how deeply they descend into violence and intolerance. The mother clearly loves her son, even as she throws the cereal in his face; the son loves his mother, even as he calls her a “cunt.”

I wasn’t moved, despite being a fan of Coen brothers style black humor, possibly because I didn’t quite believe in the characters in this movie. For example, as much as Frances McDormand plays Mildred perfectly, I can’t believe in a mother who doesn’t learn anything from having told her soon-to-be raped and murdered daughter she hopes she’ll be raped, who doesn’t soften and try harder to be kind. I don’t believe in a mother who is mourning her dead daughter, but not protective toward her surviving son. Her violent, abusive extremes struck me as mere entertainment, designed to get an uncomfortable laugh, not as growing out of a coherently imagined character. And then, throughout the movie, as the whole theater audibly enjoyed all the jokes, I wondered why they did.

Maybe because this was a packed theater in conservative North Texas, it occurred to me that, for all its artsy hip edginess, and its most likely liberal creators and cast, this movie actually plays into the current conservative war on political correctness. It makes audiences giddy by liberating them from taboos—the taboo against associating rape and humor, the taboo against the word “fat” and the word “midget,” the taboo against throwing people out of windows, stabbing dentists, and calling your mother a “cunt.” And, yes, the taboo against making a joke out of racism. The humor about race is just one reason to find the movie troubling, but certainly not the only reason.