Should the United States Invade Venezuela? 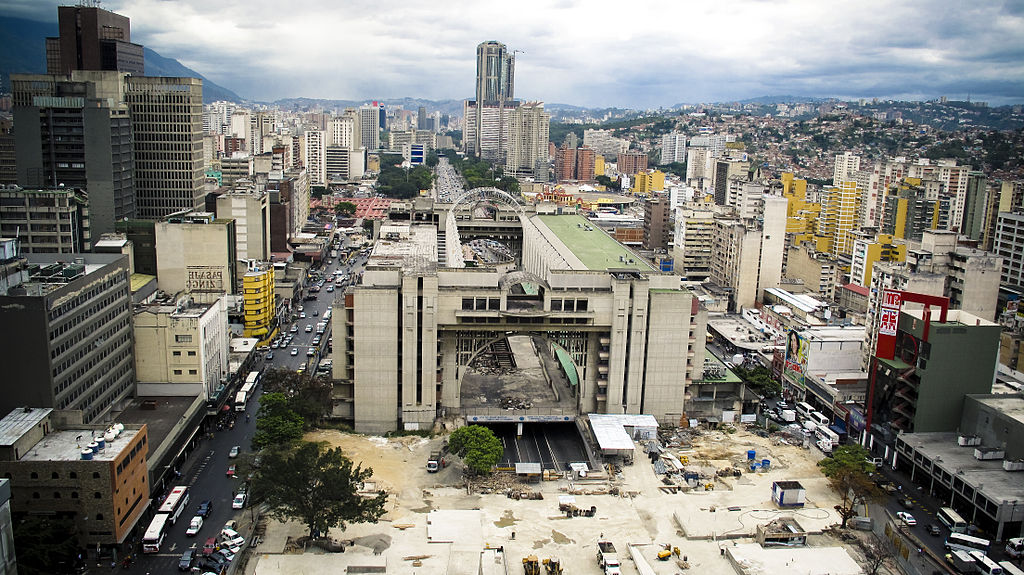 “Caracas City” by Reindeertot is licensed under CC BY 2.0 (via Wikimedia Commons)

Harvard’s Ricardo Hausmann has recently written a column claiming Venezuela is approaching D-Day: options are running out in the solution of the South American country’s crisis, and the only remaining solution, according to him, is the participation of a coalition of regional forces. Hausmann is quite explicit arguing that such a coalition should be led by the US.

Hausmann does not use these phrases in his article, but he is clearly thinking of “humanitarian intervention” and “responsibility to protect” (R2P). Both concepts are now common parlance in security studies and international law, yet they give rise to heated debates.

In a “humanitarian intervention,” a country is invaded by another country, or by a coalition of other countries. Traditionally, jurists and philosophers have argued that no country has a right to attack another, except in self-defense. Venezuela has not attacked any other country, so strictly speaking, no country has the right to invade it. But, if a country disregards its own citizens’ rights, to the point of causing a major crisis, then other countries may invade it for humanitarian purposes. In essence, this is what Hausmann is advocating.

Under international law, as well as under philosophical consideration, a series of requisites must be met in order to justify a humanitarian intervention. These requisites are basically the same as the requisites of ius ad bellum (the right to initiate a war) according to Just War Theory.

The first of these requisites is just cause. This has traditionally been understood as correcting a wrong, and this usually implies responding to a previous aggression. As mentioned, in the case of humanitarian interventions, this is different. Venezuela has not attacked any other country, but if its government is responsible for a major crisis that its people are undergoing, then other countries may intervene.

Hausmann brings forth many well-known facts about the current state of Venezuela, and it is hard to argue against him: the economic crisis is deepening, the government disregards ever more its citizens’ lives, and the regime seems to be bent on destroying democratic institutions. In that regard, a humanitarian intervention in Venezuela would be supported by a just cause.

The second requisite is right intention. Ever since Hugo Grotius, many Just War theorists have disregarded this requisite, as it is too subjective and imprecise. Yet, despite all its shortcomings, just intention is a relevant criterion when it comes to humanitarian interventions. For, invading countries may use a crisis as an excuse to further their own interests.

When it comes to the US leading a coalition invading a Latin American country, there will inevitably always be suspicions about its intentions. The history of American interventions in Latin American countries is shameful. Venezuela has never been invaded by the US in the past, but it is an oil-rich country. No matter how deep the humanitarian crisis may be in Venezuela, a US-led invasion will always raise the specter of “blood for oil” imperialist politics.

The third requisite is last resort. Hausmann claims that almost everything has already been tried against the Venezuelan government (freezing assets of its corrupt leadership, economic sanctions, diplomatic maneuvers), and yet, nothing has worked. He is only partially right. It is true that economic sanctions have been tried to no effect. But, Venezuela is still one of the largest oil suppliers of the US. The oil trade has not yet been cut off. If this were done, it would definitely break the back of Venezuela’s corrupt government, as it only stands on oil revenues. Of course, in order to do so, American consumerism would have to be moderated, and this is not a sacrifice the American people are likely to tolerate. But, it remains true that a humanitarian intervention would not be the last resort.

The fourth requisite is proportional means. If something as big as a humanitarian intervention takes place, it must happen in the context of a deep crisis, proportional to the military action that seeks to solve it. Despite its severity, Venezuela’s condition is not as bad as most of Sub-Saharan Africa, Yemen, Haiti, Syria, and other troubled spots of the world that, nevertheless, have not been invaded by humanitarian forces. Yes, Hausmann’s descriptions of Venezuela as a place with rampant corruption, malnutrition, and crime are all true. But, humanitarian interventions are established for cases of genocide, ethnic cleansing, and mass slaughter. Venezuela has not reached that point.

The fifth requisite is the probability of success. There is the perception that, because Venezuela’s government is so corrupt, its armed forces will not stand up to fight, and once the invaders go in, local soldiers will easily give up and negotiate surrender in exchange of a comfortable economic deal. That may be the case for regular forces. But, the power of irregulars must not be ignored. Deceased president Hugo Chavez pursued an aggressive program of ideological indoctrination and armed many of his civilian followers. Although the popularity of Nicolas Maduro is extremely low (no higher than 20 percent, according to most estimates), an invasion could actually turn many irregulars in his favor, in order to resist the invaders. Because of the long history of American interventions in Latin America, nationalism runs deep in Venezuela, and it is foreseeable that many Venezuelans would prefer a national despot over a foreign liberator, and be willing to die for it.

The invading forces would have the capacity to remove Maduro from power. But it is unclear what the replacement would be. There is no undisputed opposition leader to fill the void. This vacuum is likely to cause further chaos and leave the situation far worse. Urban guerrillas are likely to arise and create further instability. Hausmann points out that previous American invasions of Latin American countries, such as Panama, set conditions for prosperity. He is too naïve. Panama is one of the smallest countries in Latin America. Venezuela is too large and too geographically diverse for the invading forces to optimally control. It would be post-Saddam Iraq all over again.

Finally, there is the requisite of right authority. Under international law, any humanitarian intervention must be approved by the Security Council. With Russia and China as Venezuelan allies, an intervention has absolutely no possibility of being approved. Perhaps such approval could be bypassed, by making a case that a humanitarian intervention in Venezuela would be illegal, yet ethical. But, in order to do so, the US would need a strong multilateral coalition of large and medium powers, and not just the usual allies and de facto puppets (as in the invasion of Iraq). This seems very unlikely.

Hausmann tries to circumvent this issue by proposing that Venezuela’s National Assembly (controlled by the opposition but with no legal force) impeach Maduro. In that case, the Assembly would constitutionally appoint a new government, and that legitimate government would invite invading forces. Legally, this would not need the approval of the Security Council, for it would be the country’s own legitimate government asking for an intervention, and thus, preserving sovereignty.

It is a nice legal technicality, but again, Hausmann is naïve. Despite all his failings, Nicolas Maduro still holds international recognition as Venezuela’s President. His impeachment is not likely to be recognized because Venezuela’s National Assembly holds no power. Therefore, any coalition intervening in Venezuela at the behest of the National Assembly would be viewed as illegal invaders. The criterion of right authority would still be lacking.

Venezuela’s situation is dire, and something must be done about it. But an American invasion would be foolish and unethical because it would not meet the criteria of Just War theory. For the time being, other courses of action must be sought.