Opinion: “Dreamers” Have Been Taken Hostage in the Battle for Trump’s Wall 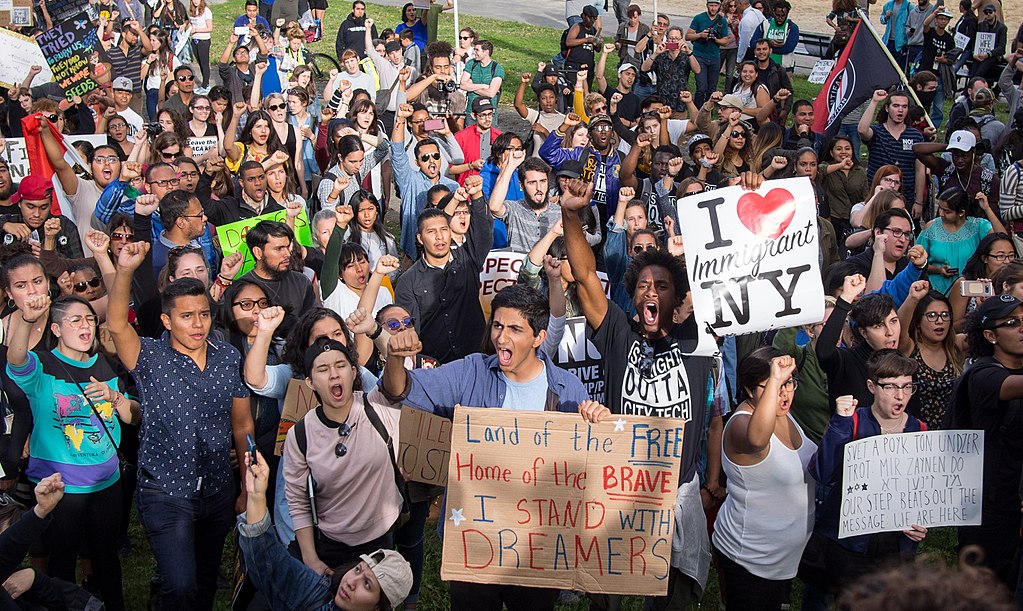 Trump has refused to renew DACA until Congress appropriates $18 billion to build a wall at the US-Mexico border, funds another 10,000 immigration officers, and clamps down on sanctuary cities—cities that have rebelled against some federal immigration directives. Even that may not be enough, as the recent breakdown of negotiations, leading to a government shutdown, makes clear. But if in fact come combination of the wall plus other hardline measures would suffice to protect the Dreamers from deportation, there’s a serious ethical worry here. It sounds a lot like Trump has taken these immigrants hostage. Is that a fair description?

Granted, Trump didn’t literally kidnap anyone, but by rescinding DACA, he put 780,000 people at his mercy. Arguably, he really has no choice (morally speaking) but to allow them to remain here. They are de facto Americans and guilty of no wrongdoing whatever. But then, if Trump must (morally) allow them to remain, placing steep conditions on doing what he must make him much like a hostage-taker. Asking for the wall (and so on) is like demanding ransom before freeing someone who’s unconditionally entitled to be free.

Now, politicians do engage in horse-trading all the time. We’ll vote to fund your bridge if you vote to fund our highway. You won’t fund our highway?  Well, then, forget about the bridge. Trading favors isn’t always wrong, but it’s wrong in many cases. “I’ll release the hostage only if you give me a million dollars.” “I’ll keep your extramarital affair a secret only if you give me a million dollars.” Wrong and wrong. The basic principle is that if you must do X come what may, then you can’t tell someone you won’t do X unless they do Y. This seems especially so when doing X is a very serious moral requirement.

But that’s not actually how Trump has talked. He’s expressed concern about the fate of the 14,000. “We’d love to take care of DACA…” said Trump on January 4, suggesting he actually does think it would be wrong for the DACA immigrants to be deported. But he went on to say “we’re only going to do it under these conditions.”  In short: give me the wall if you don’t want to see these people deported.

Surely it would be wrong to deport the Dreamers. If their parents were guilty of wrongdoing when they immigrated to the US illegally, they—young children at the time!— weren’t guilty in the least. And we do generally try not to visit the sins of the parents on the children. We can’t always succeed perfectly in that effort. For example, children of felons typically suffer because of their parent’s imprisonment. But it’s generally agreed we must make an effort. In this country, unlike certain others, children aren’t imprisoned along with their parents.

In this particular case, we can not only try to avoid punishing children for their parents’ illegal activity, but we can succeed entirely. We can let these children go on with their lives in this country. But no, Trump refuses to do that unless he gets the wall, and the rest, in return. If this seems a lot like hostage-taking, blackmail, or extortion, it’s probably because it is.