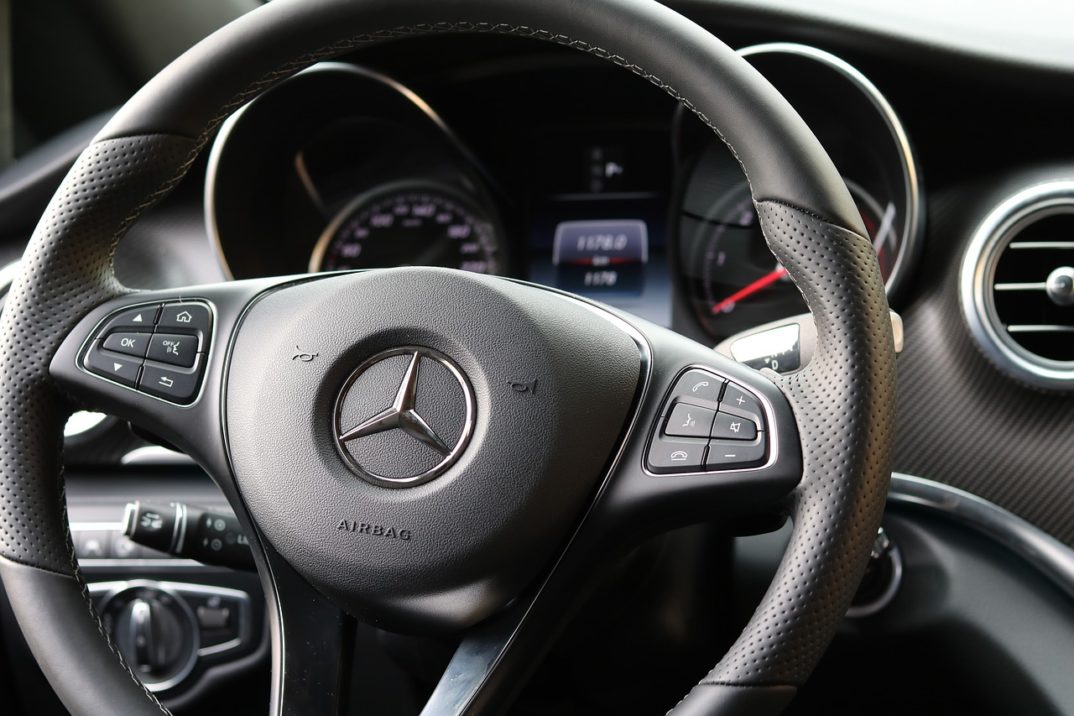 Recently, Mercedes-Benz stepped into the spotlight after making a bold statement concerning the design of their self-driving cars. The development of autonomous cars has presented a plethora of moral conundrums, one of which is the most ethical way to program cars to respond to emergencies. The dilemma, as presented in a previous article, is one of trying to determine the value of and prioritize human life. Mercedes has declared that they will “program its self-driving cars to save the people inside the car. Every time.” This declaration sheds light on a new issue: is it ethical for car companies to create technology that widens the gap between socioeconomic classes and threatens current societal values?

Situations in which every outcome results in at least one death must be addressed when developing self-driving cars. Take this example: you are driving down the road at 70 miles per hour with your 10-year-old son in the passenger seat. You are headed for an intersection where the light is red. In front of you, an elderly couple is in the crosswalk, as their light to cross has turned green. To your right is a jagged edge of the cliff you are driving along. To your left is another car containing a middle-aged man and woman.

Suddenly, your brakes malfunction. If you continue straight, you will hit and kill the elderly couple. If you veer right, your car will drive off of the cliff. If you veer left, you will hit the car containing the man and woman. Your autonomous car will be programmed to respond to this emergency in one of these three ways. Which way is most ethical? Mercedes-Benz would choose the option that protects its passengers the most. In this scenario, the lives of the other people on the road will come after the lives of those in the autonomous car.

Mercedes-Benz is going to protect its customers over everyone else. This makes economic sense, for who would buy a car that did not prioritize their safety? In business terms, it is a clear and logical position the car company can defend and explain. In ethical terms, it is more difficult to confirm the moral validity of Mercedes’ stance on the matter. The discussion of every emergency scenario points to an overarching question: should company executives be determining the outcomes of these scenarios and, in the process, quantifying the value of each individual life?

Mercedes-Benz manager of driver assistance systems and active safety, Christoph von Hugo, stated the reason for prioritizing the lives of their passengers. “If you know you can save at least one person, at least save that one. Save the one in the car,” Although logical, this response elicits a completely new moral dilemma surrounding autonomous cars. Those who have self-driving cars will likely be safer on the roads than those who do not. Innocent bystanders’ fate will be determined by the programmers of Mercedes-Benz’s autonomous cars. Not only is this an insidious marketing tactic, it is unfair to others on the road. Advertised by Mercedes as a safer way to travel, these autonomous cars will sacrifice the safety of others to protect its passengers. All of society will be affected by this technology, whether they buy it or not.

The creation of autonomous cars will result in a sort of battle between machines. If a Mercedes-Benz autonomous vehicle malfunctions, it will be programmed to sacrifice the other cars or people around it before it endangers its’ passengers. Non-autonomous cars will have no defense against this technology, and the vast majority of citizens driving them will be at a disadvantage. Those who buy self-driving cars will be able to prioritize their safety over everyone else’s on the road by writing a check, sitting back, and relaxing in their brand new Mercedes.

Mercedes-Benz is prepared to grow the inequality between the upper class and everyone else with this declaration of their design values. Those who can afford autonomous cars will be safer on the roads than those who cannot. To a degree, this is the nature of the automobile industry: those who have more money can buy nicer cars with newer safety features. However, the introduction of self-driving cars is a more distinct gap. The comparison between car airbags or other current safety features is quite different from the comparison between autonomous and non autonomous cars. The entire design of Mercedes’ autonomous car is centered around protecting the passengers at the expense of everyone else on the road. The newer, safer, way of driving they are marketing is only available to the upper class. If it is not accessible to everyone, is it ethical?

Mercedes, merely used as an example in this article, should not shoulder all the blame for these issues. Any producer of autonomous cars will have to market it the same way Mercedes is. If autonomous cars are not built to protect their passengers first, they will not sell. If the cars do not sell, the technology will come to a halt, denying society of the benefits and further developments that will come with autonomous and artificial intelligence.

However, if society allows technology that prioritizes the lives of those who buy it, is the value of human life being diminished? Affiliate scholar at the Center for Internet and Society at Stanford Law School, Peter Asaro, thinks so. “Death by robot is an undignified death,” according to Asaro. If an injustice is allowed in society, all are responsible for it. A car cannot understand the value of a human life, and if it is allowed to take action that could end lives, all of society is harmed.

The passengers of self-driving cars will have no say over how their car operates or reacts. The human interaction and societal connection while driving will be removed, and citizens will be at the mercy of machines while on the road. Mercedes argues that many of the safety concerns of autonomous vehicles will eventually become obsolete as all the cars on the road slowly transition to autonomous. In the meantime, how many years of inequality and injustice will society suffer while this transition is taking place? And what impact will this have on the values of society?