Assessing the 2017 DePauw Dialogue: Was it Effective? 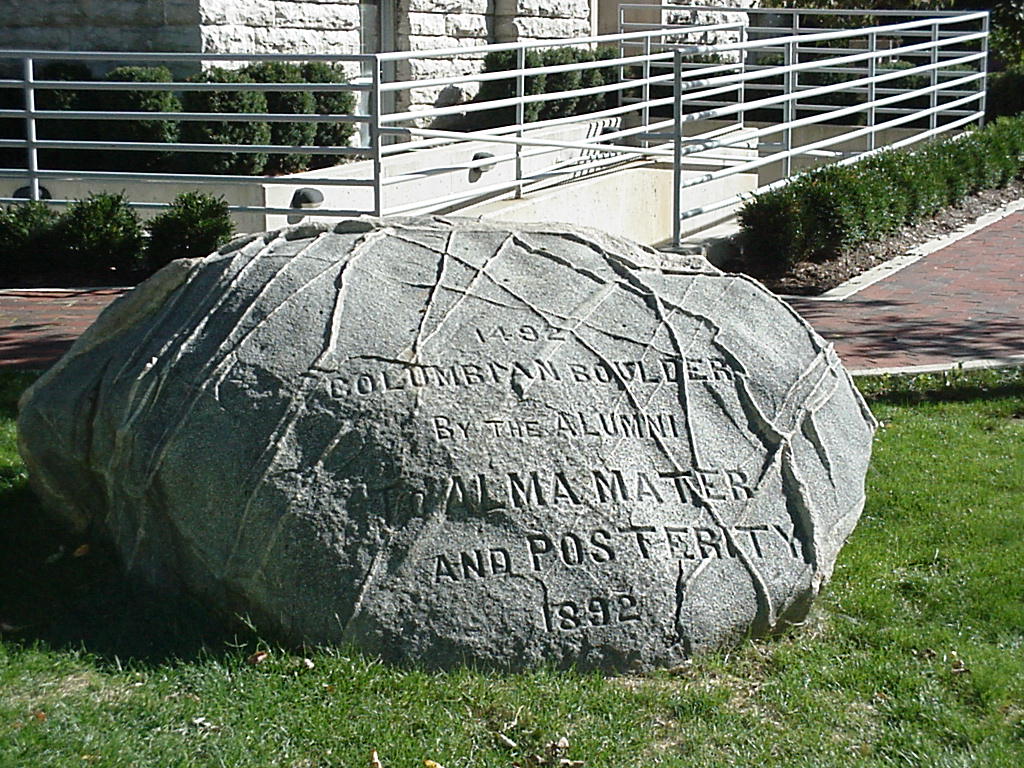 “Boulder Next to East College” by Macgregr is licensed under CC BY-SA 3.0 (via Wikipedia)

Day of Dialogue was kicked off by keynote speaker Leslie N. Smith, a 2003 DePauw alumna. Per Emily Schabes, a staff writer for The DePauw, Smith discussed how she wanted students to embrace being uncomfortable with conversations about race and gender on campus. Following her statement about being uncomfortable, Smith talked about her own experience as an African American woman in relation to her time at DePauw. Leslie’s speech seemed to be one of the parts of Day of Dialogue that was actually beneficial. She didn’t sugarcoat anything. Instead, she highlighted the one of the most important reasons for why events like Day of Dialogue should be held: discomfort. Students shouldn’t be afraid of having sensitive conversations because of discomfort, instead, they should use that discomfort as motivation to change the racial and social climate at DePauw.

Following the keynote speaker, students broke out into morning sessions to have conversations about a variety of topics on DePauw’s campus. This would seem like something that was beneficial, and parts of it were, but at the same time the morning breakout sessions brought about negative feelings. According to Maddy McTigue, another staff writer for The DePauw, students were to lead some of the morning breakout sessions. Despite the sessions supposedly being led by students, some student facilitators complained that they had little input about the discussion topics. It seems that DePauw is trying to make changes and improve Day of Dialogue by incorporating students into how the day goes, but they haven’t quite created the day that students envision.

Overall, DePauw Dialogue is something that is needed on campus. It brings students and faculty together in a way that advocates for change, but said change could be made more efficiently if Day of Dialogue becomes more efficient. DePauw has definitely made changes since last year’s Day of Dialogue, with one of the more beneficial changes being the creation of small group discussions to encourage more intimate conversations.

Last year, student dissatisfaction with Day of Dialogue manifested in the form of student protest during the keynote speaker’s speech. According to Madison Dudley, the current editor and chief at The Depauw, students dressed in all black filled DePauw’s gymnasium with signs such as “How many chances does DePauw get to make their mistakes,” alluding to how students feel about the DePauw administration making the campus feel like a safe environment. DePauw must be making progress though, since there was no protesting during this year’s Day of Dialogue. But there still seems to be a disconnect between students and the administration. Students in breakout sessions are speaking and the same two or three students are doing all of the talking.

In addition to a lack of students participating, there is a lack of students attending  Day of Dialogue overall. According to Schabes, one of the student facilitators remarked on how no students showed up to some of the morning breakout sessions. There were even students that left to go back to their houses after the keynote speaker. That’s not even including the students that did not show up at all. One of the most important factors in improving future Day of Dialogues will be how DePauw gets all of campus to willingly participate instead of seeing Day of Dialogue as a day of rest and relaxation.

One of the reasons that Day of Dialogue’s impact is questioned so much is because the people that need to be at Day of Dialogue most are not there. If there is a constant lack of student participation, no real change can occur, because people who are potentially perpetuating issues on campus aren’t there.. The lack of attendance at Day of Dialogue raises the question of how to bring more students in.

Working through student participation is nothing new for Day of Dialogue, though. During DePauw’s first Day of Dialogue in 2015, it was made mandatory for students, according to Samantha Harris, a staff writer for FIRE, a media outlet advocating for individual rights at American colleges and universities. Harris explains how students and faculty across campus pushed back against the idea of a mandatory Day of Dialogue.

With DePauw’s past decisions on how to bring students to Day of Dialogue in mind, attempting such a mandatory policy again would be foolish. Perhaps, an alternative could be that for the members of sororities and fraternities that don’t attend Day of Dialogue, DePauw could initiate a rule about no parties being thrown. Or maybe it could be required that all faculty could give their classes assignments. Anything that can bring people to Day of Dialogue and possibly allow them to get something out of it would be beneficial. Because, after all, the day that DePauw sees true change is when every student can come together and communicate the change that they want to see.