Can There Be a Democratic Socialism? 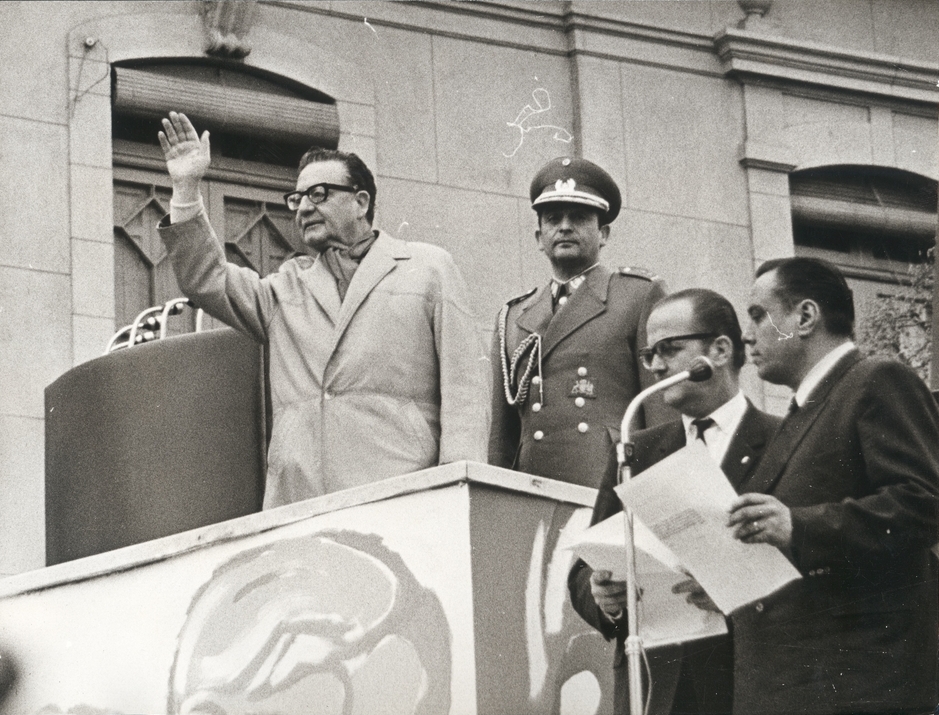 Fidel Castro managed to extend his influence into Venezuela. There, unlike Castro, Hugo Chavez was democratically elected. Although he was in many ways abusive, he never became a dictator. His successor, Nicolas Maduro, was also democratically elected, but unlike Chavez, in the eyes of many both in and out of Venezuela, he did become a de facto dictator. Now, however, he does not even seem to be interested in playing the Cuban tactic of democratic pretense. He clearly stated: “I want to do it nicely, but if I have to do it the bad way and become a dictator to guarantee [low] prices to the people, I will do it.”

Venezuela, indeed, is facing huge economic troubles. And, yes, the common people are suffering a great deal because of tremendous inflation. Maduro constantly comes up with conspiracy theories about alleged economic warfare coming from the US government. He usually points out the case of Chile. There, in 1973, a CIA-backed coup toppled the democratically elected President Salvador Allende. As part of the plan in the months preceding the coup, the CIA allegedly destabilized the Chilean economy. According to Maduro, the US government has the same plans for Venezuela.

It is undeniably true that the CIA was behind the coup in Chile. And it is also true that it considered economic sabotage as part of the plan. But, this plan of economic destabilization never took place (the CIA, alas, has had many absurd plans that never came to be, such as the project of using psychics to telepathically spy on the Kremlin). The plan to wage economic warfare on Venezuela may be proposed by some CIA official, but in truth, Venezuela’s economic collapse (very much as Chile’s collapse during Allende’s Presidency) is a making of its own.

As opposed to Maduro’s conspiracy theory, there is no perverse politician in Washington masterminding high prices for basic products in Venezuela. However, there are plenty of politicians in Caracas that, with good intentions, are creating a great tragedy in their own country. They are desperately trying to artificially uplift the standard of living by issuing worthless bank notes. This is the real cause of inflation. These same politicians are desperately trying to favor consumers by controlling prices. This has the all-too-frequent unintended consequence of unstimulating production, which makes prices go even higher in the black market.

Maduro’s dropping of pretense and his vow to become a dictator raise an interesting question: can Socialist policies (such as controlling prices) ever be compatible with democracy? Can there be a “democratic socialism”? For most of the 20th Century, it was agreed that, no, socialism and democracy are not compatible. The horrors of the Russian Revolution, and later on, the monstrosities of Stalin, Mao, Pol Pot, and other Communist dictators, seemed to convince everyone during the Cold War that there were only two choices: democracy or socialism. The collapse of the Soviet regime further reinforced this notion.

But, as capitalism reigned triumphant, and economic inequalities became far more pronounced worldwide, a new generation of socialists rose up. They began to defy the old dichotomy of democracy vs. socialism. They argued that a “democratic socialism” is not only possible, it’s also necessary. In fact, they claimed, democratic socialism was never given a chance. Allende was democratically elected, and was on his way to turn his country into a socialist democracy, until he was violently stopped by the US Government, all in the hypocritical name of a false democracy.

True democracy, so they claimed, can only be socialist. If the gap between the rich and the poor is too great, oppressive laws will be easily passed through lobbying, and ultimately, the rich and the poor will not be equal before the law. As Rousseau famously claimed: “in respect of riches, no citizen shall ever be wealthy enough to buy another, and none poor enough to be forced to sell himself.” It is possible to ensure an egalitarian society without engaging in Soviet-style totalitarianism. In their view, socialism applies in the economic sphere, whereas democracy applies in the political sphere, and therefore, it is perfectly possible to combine them harmoniously.

Unfortunately, reality is not as neat. Long before the prospect of democratic socialism became fashionable in the 21st Century with mainstream politicians such as Bernie Sanders, libertarian ethicists already warned of its shortcomings. Friederich Von Hayek’s The Road to Serfdom is the most eloquent and popular refutation of the aspirations of democratic socialists. According to Hayek, the removal of economic liberties inevitably leads to removal of political liberties. Socialism ultimately leads to political tyranny.

Hayek’s argument was rather simple. When the economy is centrally planned (with price controls, minimum wages, extensive market regulations, high taxes, and so on), power is concentrated in the small group of planners who call the shots. Human nature left on its own leads to economic inequality. Some persons are more talented and industrious than others, and through voluntary transactions, some will ultimately accumulate more wealth than others. The only way to prevent this is through the use of force. Governments step in to redistribute wealth via many mechanisms, but all these mechanisms rely on coercion because, indeed, lack of coercion (i.e. voluntary transactions) results in inequality. In the end, this coercion turns oppressive. The dream of having economic equality paves the “road to serfdom,” despite its initial good and noble intentions.

This debate is far from settled, as there have been plenty of arguments and counterarguments. But, Maduro’s recent pronouncement seems to support Hayek’s case. Maduro may have initially thought he would be able to make the dreams of his leftist ideology come true. At first, he may have hoped to fulfill Chavez’s aspirations of combining democracy and socialism. But, he has come to learn the hard way that democracy and socialism are not as compatible as he may have thought. In the end, he seems to be willing to choose socialism over democracy, and not mind becoming a dictator. Sadly, history has proven that, for the most part, once in power, Socialists do become dictators.