Dogs and Cats First? Evacuating Pets During Times of Disaster 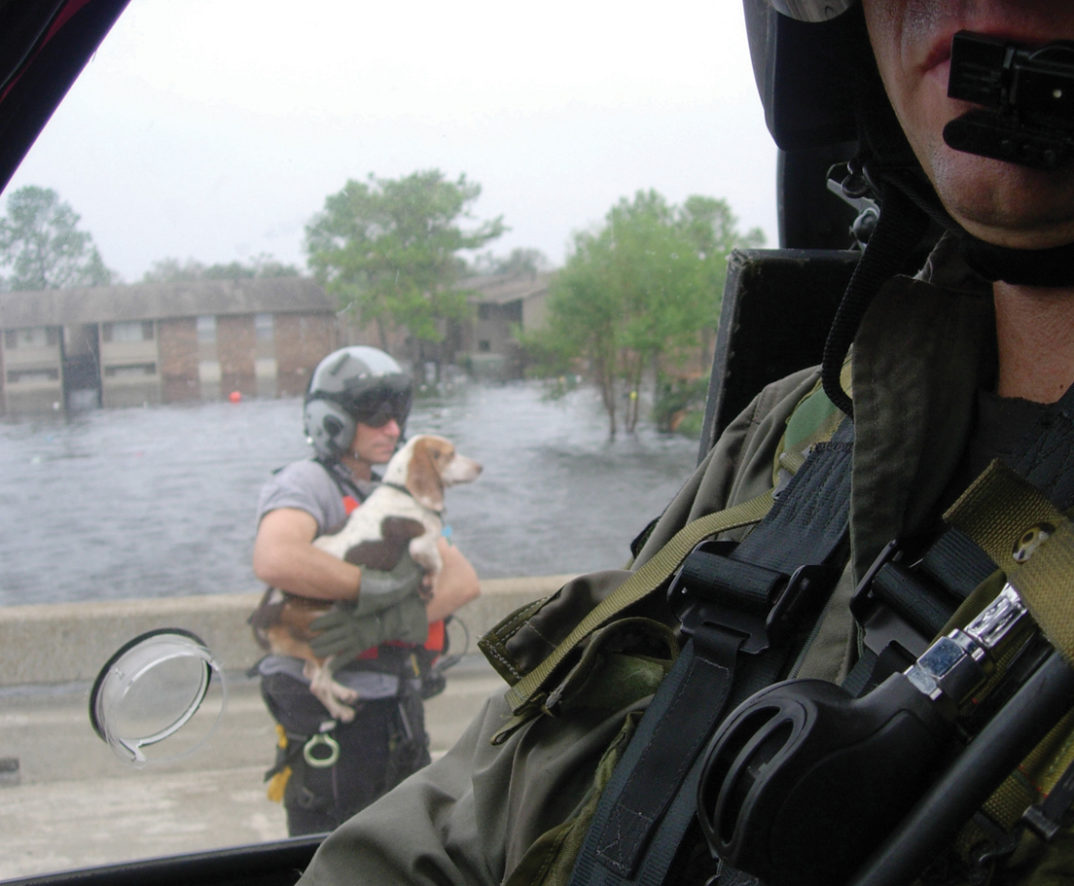 In two back-to-back assaults on the mainland, Mother Nature sent Hurricanes Harvey and Irma hurling into the American southeast. The destruction from the former in Houston and surrounding areas has news commentators already drawing comparisons to Hurricane Katrina. Many residents of New Orleans have struggled to fully recover from the devastation left in the wake of that storm, so many now are hoping that the lessons learned from Katrina will be applied to the situation in southeastern Texas.

One such lesson originated from evacuation protocols during Katrina that neglected to include the safety of pets. During Katrina, the Fritz Institute found that of the non-evacuee population, 44 percent claimed that they stayed behind for their furry companions. Some of those who stayed behind even lost their lives because they could not take their pets with them to evacuation shelters. In 2006, NPR reported of an elderly woman who declined to evacuate because she could not take her dogs and cats with her to safety. She passed away during the aftermath. In response to this issue, the national government passed legislation that would require states seeking federal aid in moments disaster to accommodate pets during evacuations.

Today, national, state, and local law enforcement are being put to the test in order to accommodate pets during evacuations. Pictures circulating the internet show volunteers carrying dogs, cats, and the occasional pig to safety from the inundated homes that dot the flooded landscape. Evacuation efforts have prioritized the safety of animals in Houston, with most people being sympathetic to the cause. The Washington Post reported that many pets are placed in city-run animal shelters in order to free up space for people seeking refuge in storm shelters. These actions suggest that, within the framework of disaster relief, animals are no longer thought of as just pets, but rather as indispensable parts of the family. Governor Rick Scott of Florida echoed these sentiments by asking that hotels waive their restrictions on housing pets for the duration of the storm. Time can only tell what will happen in Houston and Florida, but the preliminary reports are looking bright.

But what happens when there is not enough room to take your pets with you during an evacuation? Do you leave them behind or forgo evacuating? These are some of the moral and ethical dilemmas facing hundreds of people during times of disaster. And what happens to those pets that are left behind and stranded in the wake of a tropical storm? What obligations do people have to animals during disasters?

Some argue that all resources be allocated to protecting and aiding people during disasters instead of pets. Although people may feel like pets are a part of the family, opponents could argue that pets are still animals and are inferior to the needs of their human counterparts. When the lives of animals are pitted against the lives of people, animals seldom win. Yet, such a comparison invites a balancing of preserving one life over the other when efforts could be made to save both.

It is in the light of such a dilemma that the people of Texas and Florida will be put to the test in order to find out if we truly have learned anything from the lesson of Hurricane Katrina. Pets were often not allowed in evacuation procedures twelve years ago and animals and families suffered. Subsequent legislation aimed to remedy this problem, so now it is up to the current evacuation personnel to follow through on our promise to protect pets and people alike.