Was the Civil War a “War of Northern Aggression?” 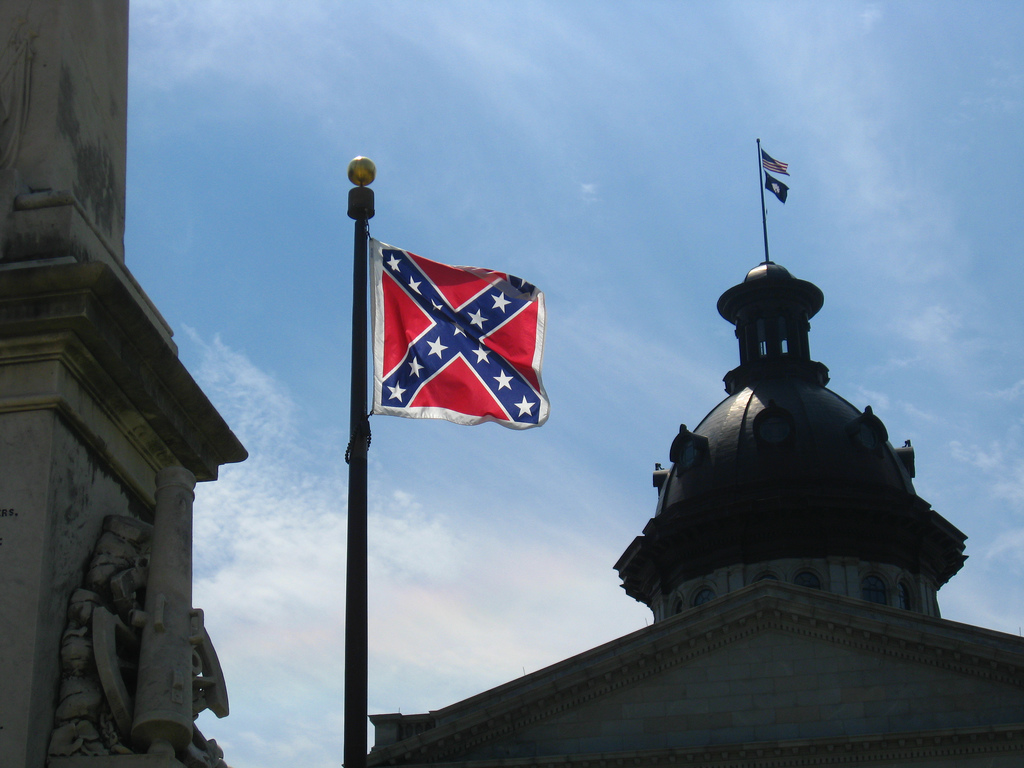 Yet, to a certain extent, racist Southerners do have a point when they claim that the 1861-1865 Civil War was actually a “War of Northern Aggression.” Things are not as neat as they are usually presented in high school textbooks, and there is a moral obligation for some historical revisionism, in order to pursue true historical justice, and not the victor’s justice that seems to prevail nowadays.

This historical scenario is comparable to the American Civil War. The Confederacy fought for the preservation of slavery, and thus, it was on the wrong moral side. Yet, once the South was defeated, the North failed to properly follow the guidelines of ius post bellum, the moral conduct after a war has ended. The terms of Reconstruction were harsh on the South. After Lincoln’s assassination, so-called “Carpetbaggers” from the North made their way to the South, easily exploiting both freed blacks and impoverished whites (whose property was largely confiscated by Yankee victors). Carpetbaggers easily held onto power, as they were given full political rights. The Fourteenth Amendment, while incorporating black Americans as citizens with voting rights, did not extend political rights to those who had originally participated in the secessionist rebellion, thus excluding from politics those who, precisely, were now the victims of exploitation. An amnesty for the rebels would have been more morally wise; it finally came in 1872 (and never in full terms), perhaps too little, too late.

During the war, Northern conduct was also morally questionable. Much has been made of Robert E. Lee’s chivalry (and this is one motive driving protests against the toppling of his statues), but in fact, Southern armies engaged in many atrocities. Lincoln, by contrast, instructed Franz Lieber to write a code that regulated soldiers’ behavior during the war, a milestone in the history of military ethics.

Yet, Lincoln’s behavior during the war was from moral. He authorized General William Tecumseh Sherman’s infamous “March to the Sea,” during which Northern armies ravished the South. Sherman engaged in scorched Earth tactics, destroying civilians’ property, and allowing his soldiers to loot and rape as they made their way from Atlanta to Savannah. This is absolutely forbidden by ius in bello (the moral conduct during war).

Lincoln’s abuses were not confined to the South. He cracked down heavily on the free press in the North, shutting down many newspapers critical of the war effort. Lincoln also imprisoned the mayor of Baltimore, Maryland, out of fear that he could promote an assembly that would declare Maryland a secessionist state. Most crucially, he suspended habeas corpus, the right to due process. This enabled Lincoln to make many arbitrary detentions.

As for us ad bellum (the right to begin a war), Lincoln and the Northern politicians’ behavior is also questionable. Yes, the war was mostly about slavery, and in that sense, it was not a mere war of Northern aggression. There seemed to be a just cause. However, it is far from clear that Lincoln’s ultimate motivation was the emancipation of slaves. His real concern was that the newly incorporated States after the war with Mexico would be abolitionist, so as to allow for Northern industrial expansion. Furthermore, what really seemed to interest Lincoln was to keep the Union together at all costs, even if that meant conserving slavery, as he infamously wrote in a private letter: “If I could save the Union without freeing any slave, I would do it.”

Fighting secessionist movements at all costs is the hallmark of dictators such as Milosevic, who fanatically fought hard to keep Yugoslavia united. While Lincoln did not reach the same level of viciousness as Milosevic, he is reproachable in the sense that, very much as the Serbian dictator, he could have spared many lives by having a more relaxed attitude towards secessionists. Milosevic was defeated; Lincoln was triumphant. This may partly explain why the former is unpopular whereas the latter is popular, when in fact, they were not so dissimilar in this regard.

Lincoln may have changed his views on slavery later on, by issuing the Emancipation Proclamation. But the truth is that he never believed in racial equality, as another infamous quote makes clear: “I will say then that I am not, nor ever have been in favor of bringing about in any way the social and political equality of the white and black races.” In that very same speech, Lincoln proclaimed that, “there is a physical difference between the white and black races which I believe will forever forbid the two races living together on terms of social and political equality.” Indeed, throughout his presidency, Lincoln considered the project that, after the war, black Americans should be forcibly removed from America, and settle in places such as Cuba or Liberia, simply because different races could not share one country.

And, at any rate, some historians (such as Thomas Di Lorenzo) argue that the institution of slavery was already in dramatic worldly decline, and any reasonable Northern politician would have expected that, left on its own, slavery could not survive more than 10 or 20 years in the South. Slavery could have been peacefully eradicated, as it actually happened in Brazil (the other major slave-holding nation in the Western hemisphere) twenty years later.

So, to get back to the original question: was there a Northern war of aggression? No, not in the sense that racist Southerners portray it. The so-called “Lost Cause of the South” was not a just cause. The Confederacy was not fighting for the defense of a civilization, now gone with the wind, as the nostalgic books and films represent it (most notably, of course, Gone With the Wind). The Confederacy was fighting in defense of slavery, and the Confederate flag, along with Robert E. Lee’s statues, represent precisely that.

Yet, the crucial question we must ask is: was there victor’s justice after the war? The answer must be an emphatic yes. The North has been unfairly excused in its behavior, before, during, and after the war, while the South was severely punished immediately after its defeat. It would be foolish to argue for the moral equivalence of the North and the South, but it would be equally foolish to continue with the Manichean view of a perverted South vs. a saintly North.

Does that imply that Lincoln’s statues should also come down, along with Lee’s? Not necessarily. Lincoln is too big a symbol, even literally so (how on Earth could the Lincoln Memorial be demolished?), and he was certainly a man of many virtues. But, critical thinking and a healthy dose of historical revisionism should be provided, in order to moderate the Lincoln mystique that permeates books, movies, and high school education throughout America.