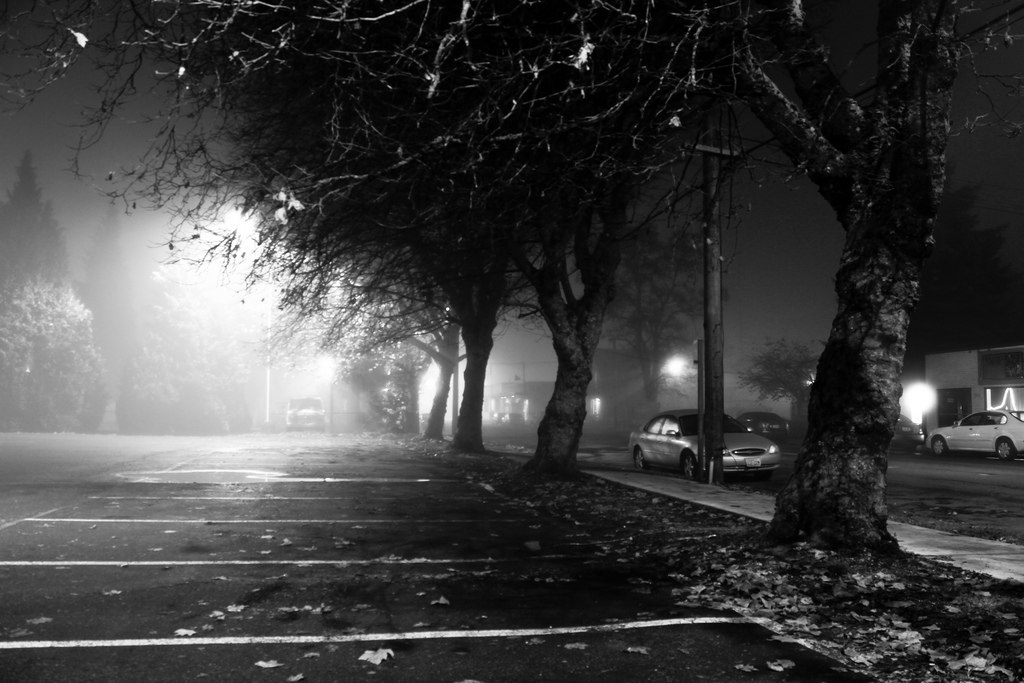 “Silent Parking Lot” by Thomas Sorenes is licensed under CC BY 2.0 (via Wikimedia Commons)

In 2014, Conrad Roy III, an eighteen-year-old resident of Fairhaven, Massachusetts, committed suicide. Roy placed a generator inside the cab of his pickup truck to facilitate the production and inhalation of a lethal amount of carbon monoxide.

In recent months, Roy had expressed to friends and family that he was in a low place mentally.  He shared details about his psychological state with his girlfriend, Michelle Carter.  In a series of text messages and Facebook correspondence over the course of a few weeks, Carter encouraged Roy to end his own life. “I thought you wanted to do this,” she told him, “The time is right and you’re ready, you just need to do it! You can’t keep living this way. You just need to do it like you did last time and not think about it and just do it babe. You can’t keep doing this every day.” When he expressed reservations about going through with it, Carter insisted, “You’re just making it harder on yourself by pushing it off, you just have to do it.”

Roy’s body was found on July 13, 2014, inside of his pickup truck in a Kmart parking lot.   When police investigated his death, they found the stream of text messages from Carter on Roy’s phone.  The interactions included a phone call, during the suicidal act itself, in which Roy, assailed by a wave of second thoughts, considered getting out of the truck before it was too late.  Carter encouraged Roy to “get back in.”

In a legally groundbreaking turn of events, on June 16, 2017, Carter was convicted of involuntary manslaughter in the death of Roy.  Her conviction was instantly controversial nationwide.  Some argue that a speech act alone is not sufficient for an act of manslaughter.  After all, Carter did not actually kill Roy.  He did that himself.  She did not procure the means necessary for Roy to carry out the suicide.  He did that himself, as well.  She did not start the generator inside the cab of the pickup truck that night either.  Roy also did that himself.  As a result, many view this as a case of suicide, pure and simple.  Carter’s text messages did not force Roy to do anything that he wasn’t already going to do anyway.

Those who hold this position might argue further that, though it may be an unpopular position to hold, individuals still have a right to express the idea that suicide might be a better option than continued life.  People have a right to discuss these things with one another, and the government can’t prevent or punish speech simply because they don’t agree with the content of the message.  A pro-suicide position, at least in a case like this, may strike many as monstrous, but even speech with monstrous content is protected by the First Amendment.

This case is complicated by the age of the people involved.  Carter was a minor at the time of the suicide, and she was tried as such in the manslaughter case, even though she is now 20 years old.  Those that approve of Carter’s conviction may find it impossible to imagine that Roy’s life was no longer worth living.  After all, he had so many potential years ahead of him.  Would we feel the same way if the individuals involved were older?  If a sickly older woman who was in a great deal of physical pain was encouraged by a loved one to end their suffering, would we think that loved one was responsible for the suicide, were it to occur?  If not, what morally relevant differences are there between the two different cases?  Are our intuitions based on age?  Are they based on some sort of alleged difference between physical and mental suffering?  If so, can those moral differences, if they truly exist, be practically implemented into reasonable laws?

On the other hand, others argue that the idea that some speech acts are criminal acts is far from new in our criminal justice system.  In many cases, a speech act of a certain sort alone is a crime.  Consider perjury, for example.  The act of lying in court under oath is illegal—it is an instance of speech that is unprotected by the First Amendment.

Consider also the act of conspiring to commit a crime—murder, in particular.  When one person conspires to kill another, that person is subject to the same criminal penalty as the person who actually physically caused the death. Consider the infamous case of Charles Manson.  Manson was convicted of the 1969 Tate-LaBianca murders—murders that he did not actually physically commit, but that he persuaded members of his “family” to commit.  Does the issue of whether the death involved is that of a third party make a moral difference?  If so, why? It sure looks as if, similarly, in this case, Carter’s promptings played a substantial role in the death of Roy.

Of course, Carter was not convicted of either murder or conspiracy to commit murder. She was convicted of involuntary manslaughter, which carries a sentence of up to 20 years.  There is substantial disagreement on the topic of whether this particular charge was fair in the first place.  Some argue that the charge was too extreme and others argue that it was not severe enough. Carter’s sentencing hearing is scheduled to take place on August 3, 2017.

This case also raises a host of questions concerning the ways in which technological advancements have the potential to change the criminal landscape.  Increasingly, people can influence one another’s behavior remotely, and in real time.  It is no longer necessary that a participant in a crime must be actually physically present at a crime scene.  This development has ramifications, not only for how new criminal codes are written, but also for the type of evidence that is collected during the course of an investigation and the manner in which it is collected.