The Demagoguery of Shamanism in Latin America 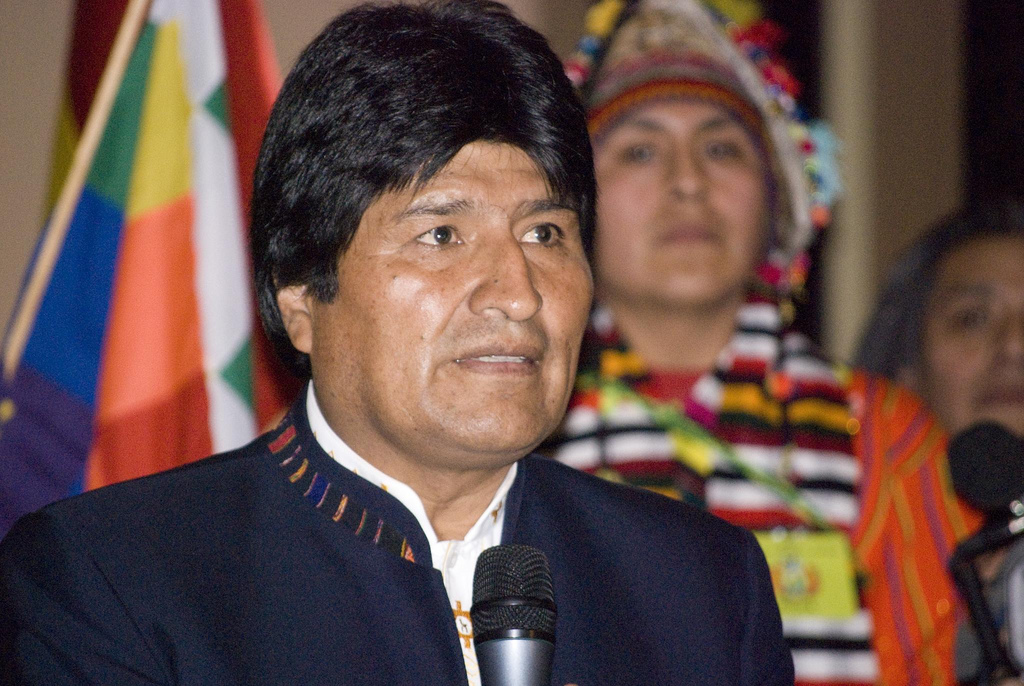 Yet, unfortunately, the abuses of colonialism are now being countered with the silliness of post-colonialism. In the name of the struggle against colonialism, defenders of indigenous rights in Latin America constantly present a distorted vision of pre-Hispanic civilizations, as if they lived in some Golden Age, and the arrival of the Spaniards ruined everything. Let us not forget that the Inca, the Maya and the Aztecs sacrificed human beings by the thousands; Mel Gibson may be accused of many things, but the gruesome scenes he presented in Apocalypto have a sound historical basis.

In Latin America, identity politics has never had the importance that it does have in the United States. Voting for a candidate, just because he or she has a particular skin color, or because he or she represents a particular ethnic group, has never been the usual thing in Latin American politics. But, over the last few years, this has begun to change.

Given the rise of post-colonialism in many spheres of Latin American societies, politicians of indigenous descent have begun to understand that they can capitalize votes by playing an ethnic role. Bolivia’s Evo Morales is perhaps the most notorious player in this regard. Very much as Barack Obama was marketed as the first black president in the history of the United States, Morales was likewise marketed as the first indigenous president in the history of Bolivia.

Taking cue from Morales, many other leaders followed, some of whom were not even of authentic indigenous descent (such as Ecuador’s Rafael Correa). During their political campaigns, they all wear feathers and rattle maracas. Has this truly benefited Latin America’s indigenous populations? Not at all. It is nothing more than cultural appropriation, demagogic theatrics appealing to identity politics. Indigenous populations remain as impoverished as ever in Latin America.

The problems worsen when these politicians, by playing the identity politics game, encourage in indigenous populations cultural practices that, in all truth, should actually disappear. Take, for instance, the recent campaign by Venezuela’s Liborio Guarulla. Guarulla was unfairly incapacitated from running for office by Nicolas Maduro’s corrupt government. But, instead of engaging in political debate and rationally discussing the details of his case, Guarulla convoked shamans from the Baniwa tribe, to launch the “Dakubi” curse against his political opponents. By doing so, he warned that Maduro and his cronies will suffer immensely before going to their deaths, and “will wander through the darkest and most pestilent places before they can close their eyes.”

In the name of postcolonialism, indigenous demagogues encourage magical thinking, just because that was the way of their ancestors. It’s a corollary of the celebration of pre-Hispanic cultures at all costs, no matter how barbarous they may have been. In the scientific age, with so much knowledge available, the promotion of superstitions is never ethically acceptable. Indigenous leaders do well to fight for natives’ rights, but that needn’t imply the promotion of pre-scientific mentalities.

But, couldn’t shamanic curses be actually about something else? Couldn’t the participants of these rituals actually be engaging in some sort of theatrical metaphor, where the important thing is not the efficacy of the curse, but the symbolic meaning attached to it? It may very well be. In 1967, Abbie Hoffman famously vowed to levitate the Pentagon with “psychic energy”; he of course accomplished no such thing, but he did have a theatrical accomplishment by drawing attention to his protest against the Vietnam War.

In fact, a prominent anthropologist of magic, Stanley Tambiah, argued throughout his career that magic was, above all, a display of metaphors and metonyms. There is obviously some truth to that. And sure, to recite “Abracadabra” as a way of reinforcing a message is harmless fun. But, in a region such as Latin America, where indigenous populations have higher infant mortality because they prefer to go the shaman than to the doctor (among other things), this shaman mongering is not harmless fun.

Native tribes in Latin America will improve their social condition by mastering rational political and legal skills that will truly empower them. Magical chant recitation is no way to empower natives; it’s just a spectacle for the amusement of the criollo elite who will keep thinking of them as museum pieces to be kept as curiosities of the past. Natives were first victimized by the arrival of the conquistadors five centuries ago; now, the harmful effects of indigenous demagoguery is added to their plight.