Peter Singer and the Ethics of Effective Altruism 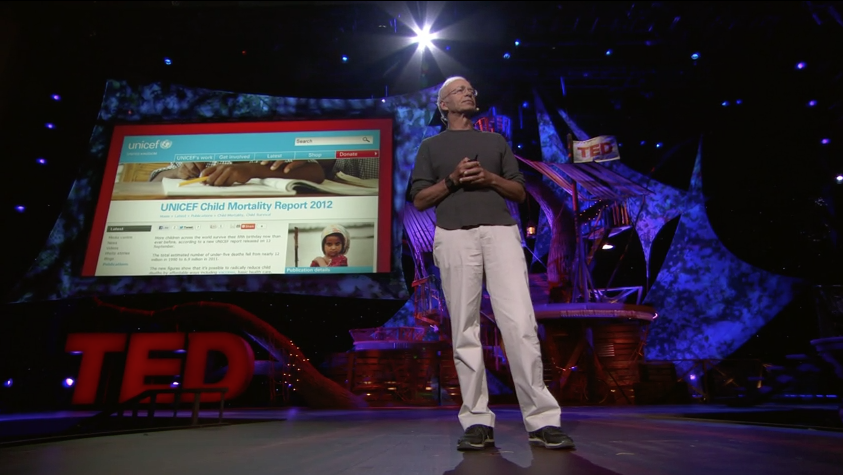 In the first part of this two-part series, we explored the views of Princeton bioethicist Peter Singer and whether they count as “eugenics.” Although his possibly eugenicist views are what drew protestors to Singer’s recent talk at the University of Victoria, Singer wasn’t there to discuss bioethics. Instead, he had been invited by the Effective Altruism club, and the event included a screening of Singer’s 2013 TED talk on Effective Altruism.

Effective altruism, in a nutshell, is the view that you should make charitable donations so as to maximize their payoff in terms of improving recipient welfare. This sounds sort of intuitive, and people may already generally agree with it, to some extent. If you learned that a charity you supported were full of embezzlement and fraud and waste, you’d probably stop supporting that charity.

But the effective altruism (EA) movement takes that nugget of common sense and really runs with it. According to effective altruism, donors should consider not just how good charities are at achieving their missions, but also the opportunity cost of giving to one charity and not another. Some charities provide enrichment-type services to beneficiaries, for instance music lessons for underprivileged American kids or guide dogs for disabled American adults. But for each relatively underprivileged or disabled American, there are many more extremely underprivileged and disabled people barely getting by in other parts of the world.

As Singer explains in his TED talk, for the cost of providing one guide dog to an American, you could instead cure as many as 2,000 blind people in the developing world of their blindness. Even if you happen to have a particularly soft spot for dogs (or Americans!), a dispassionate rational analysis seems to indicate that you do much better to donate towards the latter cause.

And even if you accept that you should be giving to non-Americans, there is more figuring out to be done yet. Although the circumstances must always be taken into account, financial donations tend to be much more impactful than in-kind donations (e.g. food, clothing) and so EA focuses on money. Still, there are better and worse times to make financial donations. For instance, when natural disasters occur, countries are often flooded with sudden charitable support in such a way that much is wasted. As soon as the disaster passes from memory (or another one supplants it), the country goes back to suffering largely without notice by those who could help.

As such, although reflection can help us begin to become more effective in our altruism, hard data (about charities and about the state of things in the world) is necessary to ultimately do the most possible good. GiveWell is an organization dedicated to identifying charities that can make a big impact on people’s well-being. Using the information they provide, donors can make much more effective choices than would otherwise be possible.

At this time, GiveWell primarily supports charities that fight parasites. Pesticide-coated bed nets offering protection from mosquitoes can cheaply and effectively prevent malaria. At a $10 or less apiece, it takes just around $3,500 of bed nets to save one life. Mass deworming campaigns can treat people for various internal parasites at under a dollar or less apiece. Evidence for the beneficial effects of deworming actually remains scant (dewormed people might attend more school or go on to earn more, for instance). Still, because deworming is so incredibly inexpensive, GiveWell judges it to be a worthy cause, all things considered. Doing a small amount of good is still good, if you can do it on the cheap.

Some EAs even decide that they can do the most good in the world by seeking high-paying jobs and therefore becoming able to give more money away, as compared to the alternative of working middle-income jobs or low-income non-profit sector jobs that might be more connected to their personal interests. Instead of merely forgoing certain luxuries to make a difference, charitable considerations end up shaping their entire professional lives. In any case, although it seems like it’d obviously be a drag to give away so much money, some EAs report finding meaning in life that way. An EA who manages to give away around $600 per month to the highest-rated malaria-fighting organization can be reasonably confident that she saves about 2 people every year!

Do moral utilitarians become effective altruists in practice, over time? Or do those to whom effective altruism appeals widen their stance into the full-blown ethical philosophy of utilitarianism? It’s probably a little bit of each. In any case, many effective altruists share Peter Singer’s utilitarian moral philosophy: that doing the morally right thing means bringing about as much pleasure (or alleviating as much pain) in the world as you possibly can. Singer’s utilitarianism and the utilitarianism of EA are impartial: whether the pain you alleviate is in your child, your neighbor, or a stranger on the other side of the earth doesn’t matter. All that matters is that you give (or otherwise do) what you can to cause the pleasure-maximizing result.

From the perspective of commonsense morality, Singer’s total platform may seem bizarre. How has he turned so much of his life’s work (and his own income) towards helping the neediest humans on earth — while simultaneously defending infanticide and the rationing of health care? But advocating for effective altruism and advocating for infanticide (in certain cases) are actually perfectly consistent.

Most potential beneficiaries of malaria nets and deworming are already-existing fully-conscious humans with lives, desires, plans, families, the whole works. Many will suffer immensely without inexpensive, basic care. The babies for whom Singer advocates making infanticide permissible are not well-formed humans trying to lead existing lives, they are incurably ill and also miserable. We could save many lives in the developing world using the millions of dollars that terminally-ill babies consume in healthcare during their short, doomed ones if they were (with their parents’ consent) euthanized instead.

Effective altruism may not be as controversial as infanticide and “eugenics”, but it is not without its criticisms. The upshot of all of the above is that giving poorly (to ineffective or low-impact charities) is basically wrong. When you give to the guide dog charity or the one that provides music lessons for inner city kids, you fail to do the greatest good for the greatest number (malaria nets or deworming pills, probably). This clashes with the ordinary intuition that, however much and to whom you donate, you’ve acted morally well.

EA also denies that considerations other than others’ needs and your ability to help matter in deciding whether and how to donate. You should theoretically donate right up until the point where donating another dollar would make you just as poorly-off as the recipients of the aid you fund. But maybe it matters, morally, whether other people are doing their fair shares. If everyone in the first world pitched in to fund malaria nets, it would cost much less per person than a few EAs giving thousands each per year to the cause. Why should those who are fulfilling their duties have to pick up the moral slack for others who refuse to give?

Apart from the fair share problem, EA and utilitarianism generally leave little room for a space of special obligations, as to family, friends, or neighbors, or for mere personal discretion. The money that you spend on a gift for your partner or yet another toy for your kid could have dewormed or malaria-netted a village. While the “charity” line of many middle-class people’s budgets is more or less an afterthought, EA would have it be right after adequate food, shelter, clothing, medical care and not much else. If you truly morally owe unfortunate, distant strangers the bulk of your paycheck, and your only task is to consult GiveWell as to where to send the money, you are sort of just a vehicle for redistribution more than an autonomous agent acting for personal reasons.

It’s hard to be against something called “altruism,” and it wouldn’t make for a good protest poster. But really many aspects of Peter Singer’s thought are controversial, not just his eugenics, because the foundational utilitarianism is controversial. No one denies that we should do some good, some of the time. But to do literally as much good as possible, all of the time, is messier and further-ranging in practice than it might seem in theory. From euthanizing babies to donating most of our income to strangers, what’s morally required of a utilitarian is very far from what’s permitted or suggested by folk morality.