Easter and the Ethics of the Resurrection 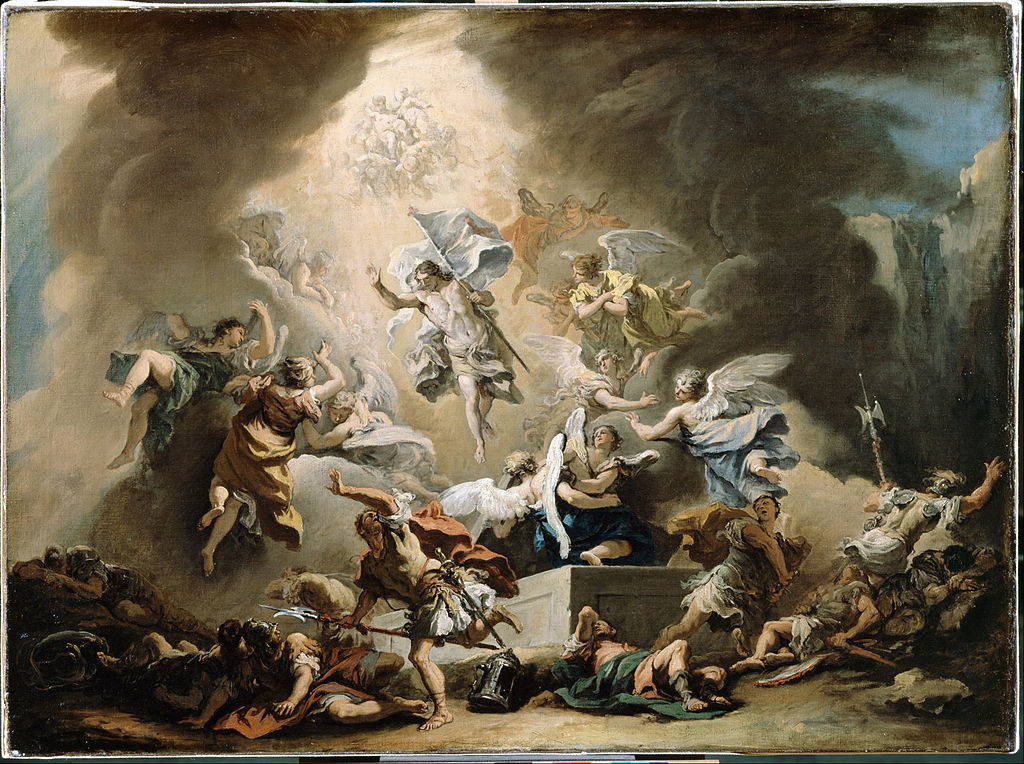 Easter was recently celebrated by Christians all over the world. 2017 was one of those rare years when the Julian and Gregorian calendars coincide in their timing of Easter; therefore, the Eastern and Western Churches celebrated Jesus’ resurrection on the same day.

Yet, a recent BBC poll revealed that a quarter of British Christians do not believe in the resurrection. We do not have poll results for the rest of the world. The United Kingdom is among the most secularized countries in the world, so the results are probably not representative of other countries. Yet, the modernizing and secularizing tendency seems to be spreading in the rest of the world, and it would be safe to assume that the percentage of people that do not believe in Jesus’ resurrection is on the rise.

There are good philosophical reasons not to believe in the resurrection. Back in the 18th Century, David Hume made a strong case, not only against the resurrection, but against miracles as a whole. Miracle stories (including Jesus’ resurrection) are always anecdotal. Is it more likely that these stories are false (not necessarily due to deliberate fraud), or that the laws of nature were actually broken? How do we calculate the probability of both scenarios? By their very definition, miracles are unlikely events; hence probability is against their veracity. Therefore, it will always be more probable that the miracle story is false. Hume famously summed up his argument with these words: “no testimony is sufficient to establish a miracle, unless the testimony be of such a kind, that its falsehood would be more miraculous.”

How, then, can we explain the story of Jesus’ resurrection? He may have been taken alive from the cross. His body may have been stolen. He may have had a twin brother who took his identity after his death. My preferred hypothesis is that, out of intense grief, and due to a psychological process of cognitive dissonance (given the failed apocalyptic announcements in Jesus’ message), the disciples had hallucinations of encounters with Jesus after his death; the story of the empty tomb is probably a posterior legend to embellish the original accounts of the encounters with Jesus.

Christian apologists claim that all these hypotheses are extremely improbable. They may be right (even in the case of my preferred hypothesis, it must be acknowledged that hallucinations are rarely collective). But, one must ask the Humean question: even if a collective hallucination is highly improbable, is it more improbable than a dead body coming back to life three days later? Of course it isn’t.

There are important ethical implications in the denial of Jesus’ resurrection. The Apostle Paul famously wrote that “if Christ has not risen, our preaching is worthless, and so is your faith” (I Corinthians 15:14). Paul would be appalled by the 25 percent of British Christians who profess Christianity, yet deny the resurrection. For Paul, whose moral sense privileged faith over deeds, the belief in Christ’s resurrection was not a mere accessorial aspect. It was the core of faith, and those without faith incur in immorality.

Paul’s concern was that, without the belief in the resurrection, morality loses all meaning. He was quite clear in the continuation of the above passage: “If the dead are not raised, let us eat and drink, because tomorrow we will die” (I Corinthians 15: 32). Paul’s metaethics is basically the same as Ivan Karamazov’s (in The Brothers Karamazov, Dostoevski’s novel): if God does not exist, everything is permitted. If there is no Final Judgment, what is the motivation to be good? Without heaven or hell, how does morality pay?

Many modern Christian theologians seem to understand this. Rudolf Bultmann famously argued that, in the age of the electric light bulb, we cannot expect rational people to believe in a literal resurrection. Yet, Bultmann believed that Christianity was as relevant as ever. For, if properly demythologized, Christianity teaches a powerful ethical message. For Bultmann, that quarter of British Christians who do not believe in the resurrection, are going in the right direction.

Furthermore, some more recent modern theologians, such as John Dominic Crossan and John Shelby Spong claim that, in fact, the earliest Christians held the same belief as 25 percent of British Christians. According to these theologians, the stories about the resurrection were clearly allegorical, and only later did Christians take them literally. In these theologians’ minds, Christianity needs a reform: to go back to the essentials of the original Christian faith, which did not include a literal belief in the resurrection.

From a historical point of view, this is extremely unlikely. The apostles were people of their time, and that implied literally believing in miracles and resurrections. There are no hints in the gospels that these events were interpreted as anything other than literal stories. Theologians such as Spong and Crossan seem to be projecting their modern rational mentality on the earliest Christians, and this is intellectually dishonest. For these theologians, the honest thing to do would simply be to admit that the central event of Christianity was taken literally, and that it never happened; therefore, Christianity stands upon a very shaky foundation.

Can Christianity be rescued? Is it possible to be a Christian without believing literally in the resurrection, as Bultmann proposed? Or, is Paul right when he claimed that, if Christ did not rise, there is no point in Christian faith? I sympathize more with the latter. From the outset, the core of the Christian message was the literal resurrection of Jesus. If that is taken away, not much is left. As Albert Schweitzer famously argued, Jesus’ ethical message is not relevant in our modern society.

One may be a “cultural Christian,” as presumably, that quarter of British Christians are. And we may discuss the semantics of the word “Christian.” But, when it comes to rigor, Christianity is defined by a series of articles manifestly expressed in the Apostles’ Creed, accepted by the vast majority Churches. That Creed explicitly acknowledges Jesus’ literal resurrection. For the sake of honesty and clarity, those who do not accept the literal resurrection, should call themselves something other than “Christian.”