What Does John Stuart Mill Have to Say about the Hijab? 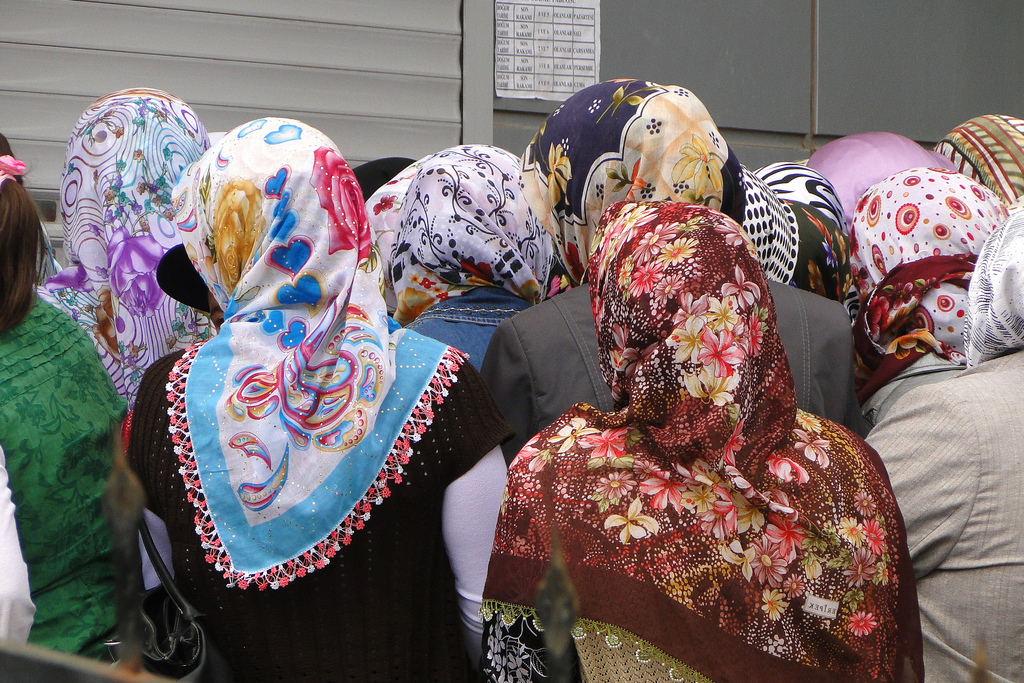 The European Union’s highest court has recently ruled that companies are allowed to ban hijabs in their workplaces. It is a response to two cases: Samora Achbita, a woman working for a company in Belgium, was fired over her refusal to take off her veil at work; Asma Bougnani was likewise fired by a company in France, for the same reasons.

This is yet another battle in the long hijab wars that have been fought in Europe over the last 20 years. As usual, there is a political aligning on this issue: the far right welcomes such bans, the multicultural left vehemently opposes them, and the rest of the parties are either undecided, or simply confused, about their stand.

What can an ethicist say about the hijab? John Stuart Mill’s ethical principles are helpful in this regard. Mill is widely considered to be a proto-feminist, and he surely would have been horrified to see European women wearing the veil, as a symbol of the sexual repression and patriarchal domination that is not too far removed from the Victorian society that Mill wanted to reform. But, Mill’s philosophy also orbited around a basic ethical idea: the harm principle. This complicates things a bit.

If a fully conscious adult individual chooses an action that harms no one but him or herself, then nobody has the moral authority to forbid it. Mill’s great ethical preoccupation was always paternalism, i.e., the idea that individuals do not know what is best for them, and external agents must decide for them.

Does the hijab cause any harm? Not so, according to Muslim apologists. They argue that in fact, the hijab is a great protection for women: women are prevented from sexual attacks, and the hijab also allows women not to be objectified by men. I beg to differ. The hijab, as it was originally conceived in Islam (and as the Qur’an itself makes it quite clear in 24:31), is meant to hide women from public visibility, effectively denying them any participation in public affairs. Men are not required to wear such uncomfortable and degrading garments; if it were truly a protection, then men should also be commanded to wear a veil. It’s a basic rule of equity.

But, even if the hijab is a degrading patriarchal garment, it is nevertheless true that most Muslim women freely choose to wear it. If so, then these women may be harming themselves, but under Mill’s principles, no one has the paternalistic authority to forbid it. There are some concerns that, perhaps, this decision is not so free: oppressive husbands may threaten their wives with punishments behind closed doors, if they don’t comply. But, for the most part, this doesn’t seem to be the case in Europe. Veiled Muslim women seem to be very proud and happy with their head coverings.

Critics claim that this in fact internalized oppression. That may very well be true, but Mill’s philosophy has little patience for concepts such as internalized oppression. Individuals are free to decide on their own, and if they have internalized oppression, then only they can grow out of it. Furthermore, there seems to be a growing tendency for women to wear hijabs with a very different intention than the original one. Hijabs have become fashion statements themselves. This is surely hypocritical (as it certainly defeats the hijab’s original purpose according to Islamic doctrine), but by being so, it is precisely the opposite of what feminist critics claim.

For this reason, France’s attempts to ban the burkini in public beaches goes against the basic ethical principles of liberalism. The harm principle precludes any attempt by the State to ban the hijab in public spaces, as veiled women do no harm. But, what about private bans? Let us remember that the recent European Court of Justice’s decision concerns private companies, not States.

This is a more complex matter. If we follow Mill’s philosophy again, then private bans should be upheld. Mill was not a full blown libertarian, but he did agree that the right to private property implies the right to private discrimination. After the civil rights movement in America, most ethicists have little patience for the permissibility of full private discrimination. But, dress codes do exist in companies for many legitimate reasons (not least, for marketing and corporate image purposes), and if managers insist that employees should not wear any type of head coverings, then it is their right to fire whomever does not comply.

Muslim apologists claim that the hijab is not a simple hat. For Muslim women, it is an integral part of their identity, and thus, being fired by a private company for wearing a veil is comparable to being fired by a private company for having black skin. That may be true, but, who decides what head covering is integral to what religion? If Muslim women are exempted from removing their veils when taking an ID picture, why shouldn’t pastafarians be allowed to wear a spaghetti bowl over their head when posing for the ID picture? In fact, some pastafarians have already done so. Pastafarianism is obviously a fake religion, but that is not the point. The point that pastafarians want to make is that religious exemptions to civic rules are a slippery slope that, ultimately, result in chaos.

Lawmakers should take note of this, and find a middle ground: in public spaces, veils should be allowed, as they harm nobody. In private spaces, proprietors are entitled to set their own rules regarding dress codes, and religious exemptions ultimately lead to inconsistencies and unfairness. For these reasons, I personally favor the European Court of Justice’s decision.