Feminism in 2017: Inclusionary or Exclusive? 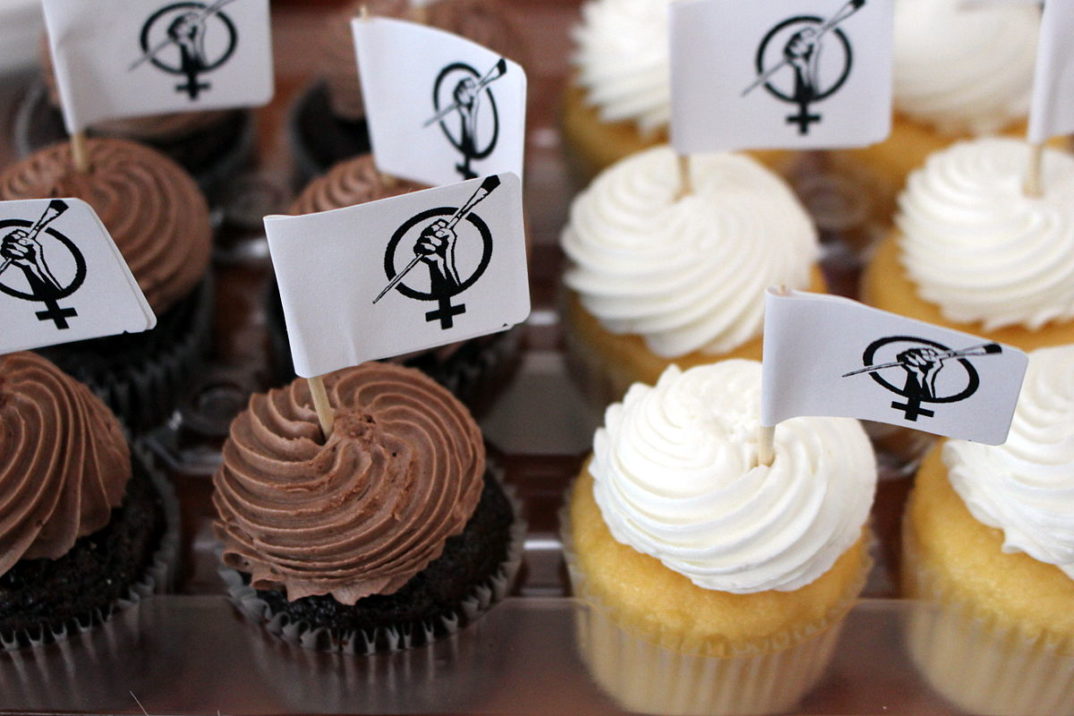 “Cupcakes” by Gkuriger is licensed under CC BY-SA 4.0 (via Wikipedia)

At the 2017 Conservative Political Action Conference, Kellyanne Conway revealed that she does not identify as a feminist “in the classical sense.” This seems a bit paradoxical, considering the fact that she was the first woman to ever successfully run a presidential campaign, thereby setting further precedents for what women can do. The Oxford Dictionary defines feminism as the advocacy of women’s rights on the ground of the equality of the sexes, but Conway does not believe that is how the current feminist movement is coming across. During her CPAC appearance, she cited the term “feminism” as having “anti-male and pro-abortion” tendencies.

When asked by the CPAC host about “conservative feminism,” Conway responded by saying that she identified more with that title than any other. She told the host that she believes in its individual approach in which one makes his or her own choices without the need to label. She went on to say that conservative feminism is about not being a victim of one’s circumstances, but critically holding oneself accountable for his or her decisions. All of these statements reflect the rapidly widening gap and the harsher dichotomy developing between conservative and liberal ideologies. It is important to consider whether or not it is right or good for the continued pursuit of equality among the sexes to polarize feminism into “types.” Does feminism today have a tendency to exclude and demean men in an effort to elevate women? Is the movement truly inclusive of pro-life women?

In 2016, author Cathy Young wrote an article in the Washington Post telling readers that there is absolutely a line being crossed in much of today’s feminist rhetoric. The feminist revival of the 1960s emphasized the fact that men as well as women were oppressed by societal pressures and expectations of their spouses. Young continued by saying that the rise of “radical feminism” in the 1970s “brought a wave of female anger at men’s collective and individual transgressions,” some prominent feminists at the time even depicting “ordinary men as patriarchy’s brutal foot soldiers.” According to Young, men are belittled to the “seedy underbelly of the Internet — various forums and websites in the “manosphere,” to complain about ex-girlfriends and encourage straight men to stay single.

It is unclear whether people who identify as feminists are the ones perpetuating this, but some interpret this behavior to be incorporated into many feminists’ mindset. This is problematic because a prominent voice of the current feminist movement, British writer Laurie Penny, used her column in the New Statesman to “decry ex-boyfriends who ‘turned mean or walked away’ and to urge straight young women to stay single instead of ‘wasting years in succession on lacklustre, unappreciative, boring child-men’” with no qualms or outcries of horrification given. This is likely due to the fact that many adhere to a claim which pervades through much of prominent feminist discussion: one cannot be sexist or racist towards white men because they are not oppressed.Young states that the antagonism between genders does nothing to further equality and, “if anything, the fixation on men behaving badly is a distraction from more fundamental issues, such as changes in the workplace to promote work-life balance.” Most importantly, Young says, it muddles the discussion of sexism and creates a backchannel of mixed critiques of feminism and hostility towards women.

It is difficult to accomplish any real change if the problems are not clearly identified. Conway has presumably seen or heard a great deal of this rhetoric in the media or from fellow women, so it is understandable why she feels as though feminism impugns men of all sorts. Of course, not all people who identify as feminists are “man-haters,” but it is hard to discern which rhetoric is inherently part of a new feminist ideology and which rhetoric is that of just a loud few.

As far as Conway’s claim that feminism today excludes pro-life women, she may also have some validity. The Women’s March on Washington is a hallmark of the feminism movement; the top ten results from Googling “feminist march 2017” are posts about the Women’s March . A few days before the march Women’s March on Washington removed a pro-life feminist group, New Wave Feminists, from their list of official sponsors. Their official statement said in part “The Women’s March platform is pro-choice and has been since day one…we look forward to marching on behalf of individuals who share the view that women deserve the right to make their own reproductive decisions.”

While it is completely acceptable for a private organization to choose who their sponsors are and to promote a certain viewpoint, it appears that one of the largest platforms for expression of women’s rights chose to exclude an entire group of women who also want to fight for women’s rights. The March’s mission says that they “call on all defenders of human rights to join” them, but the movement excludes a group who is fighting for it according to what they believe. This can be interpreted as modern-day feminism’s disavowal of anti-abortion beliefs and their compatibility with feminism.

Feminist movements throughout the 20th century had invaluable effects for the rights of women in the United States. As the 21st century drums along, however, it is vital that both sides of the political spectrum and both genders come to an agreement about the methods on achieving and ideals surrounding the “equality of the sexes.” The gaping political dichotomy present in the United States is so prominent that people have decided there needs to be a brand of feminism for one party and another for the other. If feminism is truly about the equality of the sexes, however, there is no room for a political divide in its ideals.