Should Americans Hope for a President Pence? 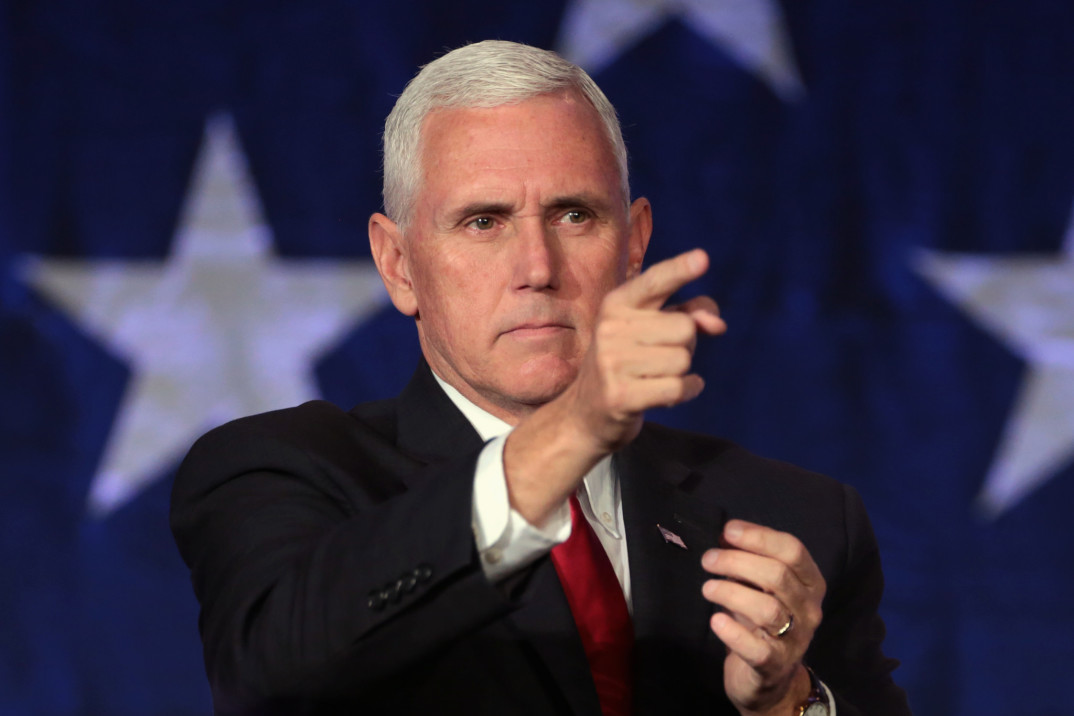 A little over a month into Donald Trump’s presidency, chaos continues to swirl around even the most basic of the administration’s operations. High profile controversies – most notably, the emerging details about Trump surrogates’ contact with members of the Russian government during the campaign – continue to roil the nascent administration. From within, leaks to the press abound, painting a portrait of a chaotic White House even more defined by power struggles and botched policy rollouts than usual. And all the while, Trump continues to make inflammatory statements, most recently asserting without evidence that then-President Barack Obama ordered wiretapping of Trump Tower during the 2016 election.

In wake of this turmoil, one argument has become particularly appealing: that a President Mike Pence would be better for the country, or at least less catastrophic, than a President Trump. Vice-President Mike Pence may be a far-right conservative, but he displays more knowledge and respect for the core institutions and values that define American democracy. With experience in the House of Representatives and as governor of Indiana, Pence is at minimum aware of how America’s democracy functions, and tends to behave much less erratically in relation to it.

Trump, in contrast, displays little such knowledge, and even acts with disdain for the country’s core principles, including a free press and independent judiciary. This disdain has proven one of Trump’s most worrying characteristics, leaving many concerned that he poses an existential threat to American democracy as a whole. The fact that Trump has repeatedly praised authoritarian leaders, most notably Russia’s Vladimir Putin, only compounds this worry.

If this analysis of Trump is accurate, one could argue that it would be better for the country if Trump were impeached and Pence became president. Certainly, a Pence presidency would drastically change the country’s direction, likely spelling disaster for religious minorities, pro-choice women and LGBT individuals. However, it would stand less of a chance of posing an existential threat to the country and its institutions. Pence may threaten many with his policies, but in a way that would arguably do less damage to America’s democratic institutions as a whole.

In some respects, this argument remains convincing, especially as Trump’s administration continues to sow chaos and uncertainty in its wake. Under such circumstances, it seems prudent to wish for an alternative, no matter how unsavory that alternative would be for progressive causes. Yet can it be considered moral to adopt this outlook, to preserve the norms of American government by sacrificing hard-fought gains in progressive policy?

Part of the answer may have to do with who is considering the question. There is no doubt that America’s founding values are important. However, such values may not have the immediate impact on someone’s life that a drastic policy limiting abortion access or legalizing discrimination against LGBT communities might. If an individual is a member of such a community, it could certainly be rational to oppose such a move. This is furthered by the fact that Pence, with his status as a traditional politician, may be able to enact policies that would be impossible for someone of Trump’s repute. Pence is less threatening on an existential level, which is exactly why any dangerous policies could stand better chance of passing under his watch. Other politicians, especially Republican members of Congress, would be more willing to work with him.

This makes clear that making an institution-focused argument takes a great deal of privilege. Hailing from a non-marginalized community allows one to focus on threats to institutions in the way that a person directly targeted by discriminatory policies cannot afford. And while it may seem like a utilitarian argument to prioritize institutions over specific policies, defining utilitarian in this manner ignores the fact that people targeted by policies that Pence supports may rightly have different priorities.

This also precludes partisan initiatives that would hurt American values, policies that Pence would likely still be amenable to. In some respects, Trump’s governance already resembles what a Pence administration would probably look like; with the administration rolling back guidelines on transgender student accommodations in schools and taking a hard stance against abortion, it is difficult to argue that Pence isn’t already holding significant sway over Trump’s governance. Such initiatives would not be stopped by a President Pence, and might even be expedited by the veneer of a traditional politician who knows how to play the political game.

Another possibility that stems from this is the fact that Pence’s actions could threaten American values in the same manner as Trump’s. If Trump were to be impeached, Pence and his administration would need to court the real estate mogul’s many supporters who would likely be outraged over their leader’s fall from grace. Pence would still need the support of this base to effectively govern, and especially to help his party hold onto control of the government in future elections. This could lead Pence to embrace Trump’s rhetoric, thus undermining certain American values just the same.

There is, of course, also the Russian issue to consider. It is unknown whether Pence has played any role in the campaign communications with the Russian government – communications that are engulfing an increasingly wide swath of Trump’s high-level administration. If Pence is somehow involved in any of these matters, the entire discussion about his comparative benefits is largely moot.

On many levels, then, progressives looking to the possibility of a President Pence have little room for celebration. Pence is now wedded to Trump’s agenda, and while he may display more respect for American institutions in bringing it about, his presidency would likely be just as dangerous on a number of fronts. However, he may also pursue this policy in a manner that preserves integrity of core American values and institutions – many of which Trump actively disdains and works to undermine.

Some may find such an option more palatable than the alternative of Trump’s administration. Yet doing so ultimately requires coming to terms with the effects that Pence would have on American values of tolerance and religious freedom, as well as the marginalized communities so often prevented from enjoying them in full. And as the Trump-Russia scandal continues to widen, progressives may soon be forced to confront such a bargain.