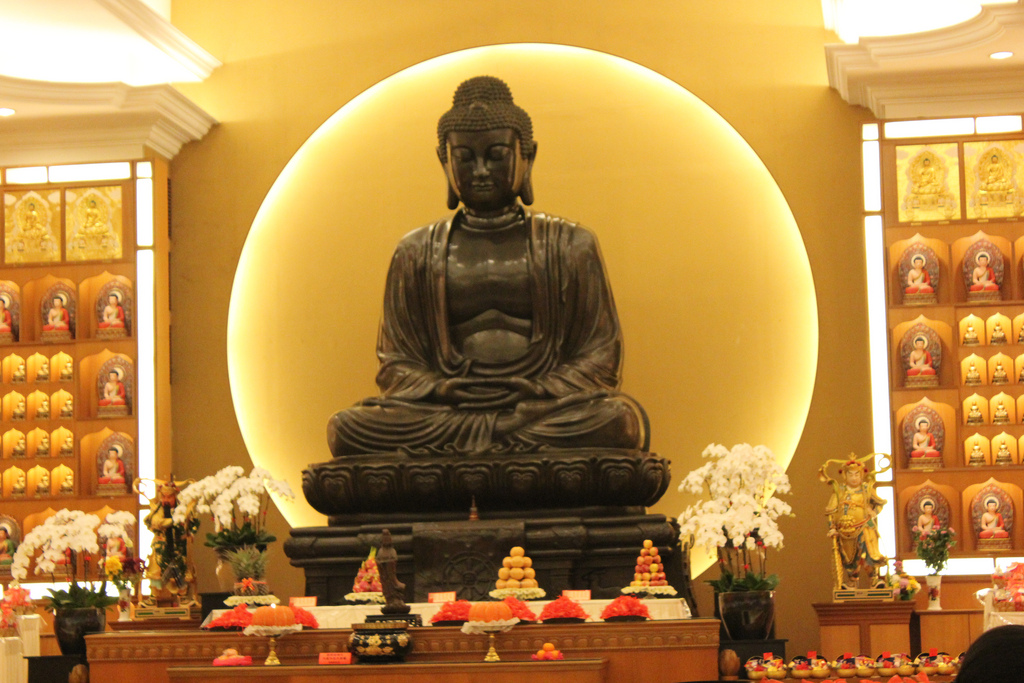 In the beginning weeks of Donald Trump’s presidency, people of all faiths all over the world are asking the question, “How should our faith respond?” Buddhists are no exception to this. With important religious precepts centered on nonviolence and compassion, Buddhists are asking how they can apply their code of ethics to help those in need. Unique from other religions like Christianity and Islam, Buddhist texts and teachings make little reference to organized political or social activism. However, past historical figures like Mahatma Gandhi have used Buddhist precepts to dramatically change society. Gandhi used the profound principle of ahimsa, or nonviolence, to dismantle the British occupation of India. Once again, a turn to Buddhist principles is needed to encourage compassion in the unfolding months ahead.

The first task at hand is to distinguish compassion from sympathy or empathy. In his new book Against Empathy, Paul Bloom, a professor of psychology at Yale, argues that empathy causes individuals to make poor ethical judgments. For example, empathy is much more likely to be extended to someone in one’s own culture. It’s actually much harder to feel empathy for someone who has a different skin color or speaks a different language. Furthermore, empathy, or “putting myself in another’s shoes” can only be extended to one or two people at a time. This makes it hard for individuals to comprehend the suffering of thousands of people at once, and this appeal to empathize with one person at a time can be exploited.

In an interview with Vox reporter Sean Illing, Bloom argues, “Trump’s rhetoric about immigrants and Muslims was often framed…in terms of the suffering of people. In his rallies he would tell stories of victims of rape and victims of shooting. And he was appealing to the empathy of supporters, whose concern extended mostly to their own tribe.” By telling stories about individuals most Americans can empathize with, President Trump easily demonized the “other”—in this case, Muslims and other immigrants. Bloom suggests that even the current judicial system, which relies on individual testimonies and anecdotes, can yield biased verdicts.

However, although empathy is clearly biased, not all bias is wrong. Empathy is an important aspect in romantic and family relationships. But for the purposes of making sound moral decisions that affect people outside one’s own tribe, a Buddhist ethics of care based on compassion is better than empathy.

According to the Pali Mahaparinibbana sutta, the Buddhist text that recounts the death of the Gautama Buddha, the Buddha’s last words to his disciples were, “Things fall apart; tread the path with care.” The word translated to “care” is appamada in Pali, and is normally translated into “diligence” or a similar word. However, it more directly translates to “non-carelessness” or “non-indifference”. Winton Higgins, author of the article “Treading the Path with Care”, proposes that care is the basis for all other virtues. In the Samyutta Nikaya, the Buddha teaches, “Just as the footprints of all beings that walk fit into the footprint of an elephant, so care is the one thing that secures [all] kinds of good.” If the average citizen wishes to see “all kinds of good” come from President Trump and the American government over the next four years, it will need to start with basic care and compassion.

Although compassion is an important precept in Buddhism, is compassion necessarily a “Buddhist precept?” The 14th Dalai Lama argues in his 2011 book, titled Beyond Religion: Ethics for a Whole World, that, “We are born free of religion, but we are not born free of the need for compassion.” Although the Dalai Lama himself is one of the most important figures in Buddhism, he hesitates to define himself as a Buddhist. He argues that religion creates in-groups and out-groups, and it is this tribal mentality that prevents individuals from extending compassion. Similar to Bloom, the Dalai Lama also makes the distinction between empathy and compassion. He states, “Compassion, in contrast, is not just sharing experience with others, but also wishing to see them relieved of their suffering.” One can feel empathy for a neighbor whose house burned down in a fire without doing anything to help. Compassion requires taking the next step and offering them shelter.

Ken McLeod, founder of the Unfettered Mind, authored an article for Tricycle: The Buddhist Review, titled “Forget about Being a Buddhist. Be a Human.” He argues that although there is no correct “Buddhist” response to Trump’s presidency, Buddhism’s teachings offer tools to develop skills to help oneself and others “step out of reaction and into response.” Bloom similarly suggests in Against Empathy that meditation is an important tool that diminishes empathy so one can be compassionate without suffering themselves. Although the individual desire to escape suffering may seem selfish, doesn’t suffering get in the way of helping others? McLeod argues that pursuing freedom from suffering is the freedom to address “the tension and struggle in the lives of those around us and in the world at large.”

Thus, in the unfolding months and years ahead, empathy is not what people need, but compassion. Although it allows us to become closer in individual relationships, empathy is an insufficient standard for making ethical choices when large groups of people are concerned. Loving kindness and compassion allow individuals to not only share in others’ experiences, but also work towards changing someone’s unfortunate situation without suffering themselves. As the Dalai Lama argues, compassion does not see people as a part of a certain race, religion, or tribe, but as a member of the human family. An ethics of care that could combat the rampant xenophobia since President Trump’s election would require just that: acknowledgment that we are all part of a larger human community, regardless of race, language, or religion.