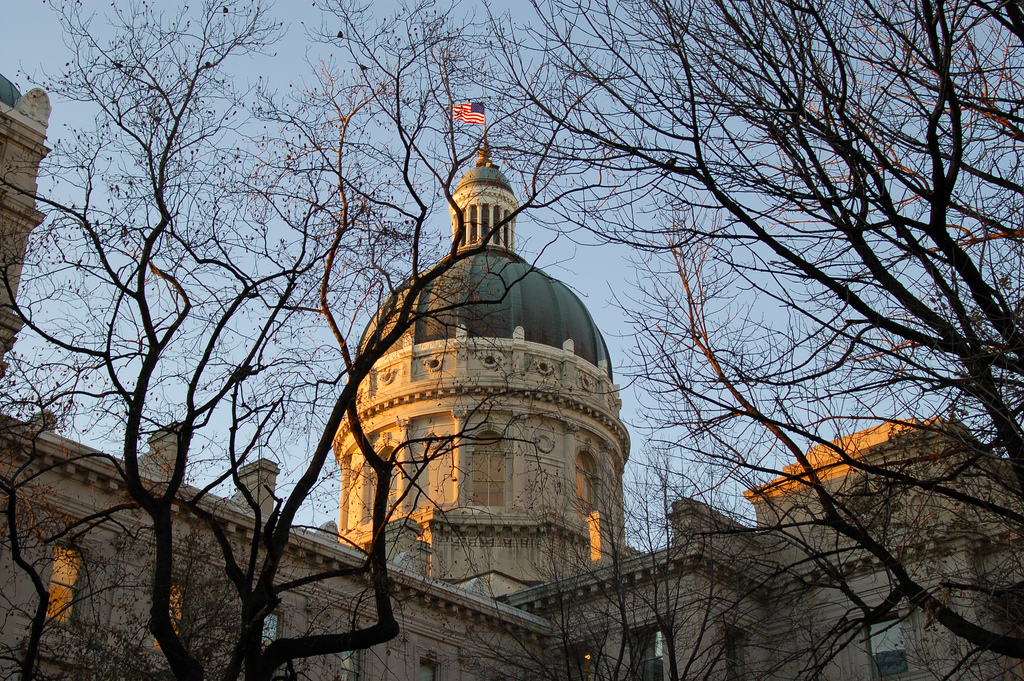 Every year, thousands of bills are written and proposed during Indiana’s legislative session. The Indiana General Assembly takes place during the first few months of the year, and is a chance for state representatives to advance their agenda. Many Americans pay more attention to what happens at the federal level, but state and local government also has a large influence on the lives of citizens. The 2017 session, Jan 3 through April 29, is taking place during a budget year, and in the wake of an extremely contentious and important state and national election. Legislation authored this session ranges from bills that deregulate environmental protection to resolutions aimed at honoring professional athletes. One bill that has not gained much attention, however, raises numerous ethical concerns in regards to criminal justice and the prison system.

Senate Bill 228, authored by Senator Michael Young, aims to reform Indiana’s approach to bail and release after arrest. This bill involves the rules regarding pretrial risk assessment system which assist courts in assessing an arrestee’s likelihood of: (1) committing a new criminal offense; or (2) failing to appear.

At first glance this bill doesn’t seem particularly unusual. After all, using risk assessment in the criminal justice system doesn’t sound particularly radical or unethical. However, a closer examination of the bill reveals a large ethical dilemma. According to S.B. 228, the Indiana Supreme Court will revolutionize the standards for bail and release. Instead of basing bail and release off of a standard punishment for crime, it will rely upon “risk assessment. . . . based on empirical data derived through validated criminal justice scientific research” regarding individuals and the groups to which they might belong.

Proponents of the bill would argue that this not only humanizes those arrested on bail but also saves taxpayers money. Ideally, fewer people would be stuck waiting for their bail to be posted or for their trial, and therefore less taxpayer money would be dedicated to detaining those arrested. It is estimated that at any given time, there are nearly half a million Americans detained in local jails awaiting their trial, which costs approximately $17 billion every year. Many also argue that the notion of bail is outdated, and inherently favors wealthy individuals over poorer ones, further reinforcing societal inequalities surrounding income. Evidence-based risk assessment has been implemented in Kentucky, and supporters point to the fact that the average arrest rate for released defendants has declined. Additionally, many legislators are aiming to improve the reputation of the United States, which has one of the highest prison populations in the world, based on the fact that this bill would most likely result in less pretrial prisoners.

But will abolishing bail and relying upon risk assessment truly improve the stark inequalities present in the criminal justice system? Risk assessment aims to allow those who are detained for non-violent crimes and are not repeat offenders out of jail before their trial. But what are the complications of individualizing criminal offenses? Though fewer people would ideally be sitting in jail awaiting pretrial, those who are detained may be treated differently than those who committed the same crimes, or even more serious ones. If two people are arrested for the same crime, shouldn’t they be treated the same regardless of differences in criminal record and history?

Factors such as race, criminal arrest record, or even gender could influence how risk assessment is measured and change how two people who commit the same crime are treated. A report on bail and pretrial risk assessment admits that “researchers have documented that racial bias can influence how juvenile offenses are described in post-arrest narrative reports, which could influence pretrial release decisions.” Though one could argue that educating law enforcement officials about implicit bias could eliminate this problem, S.B. 228 does not encourage or mandate doing so. Additionally, there has been increased debate about whether or not crime statistics can stand alone if they do not take into account racial and socioeconomic inequalities.

Though controversial, S.B. 228 passed its Senate Committee vote 8-1, passing an amendment on February 19. Though it is too early to tell if S.B. 228 will make it through the legislative process and become law, it should be considered seriously. The ethical implications of transforming pretrial requirements to individual considerations as opposed to a standard should not be taken lightly.