The Case of Ezequiel Zamora: Are Latin American Bandits Heroes? 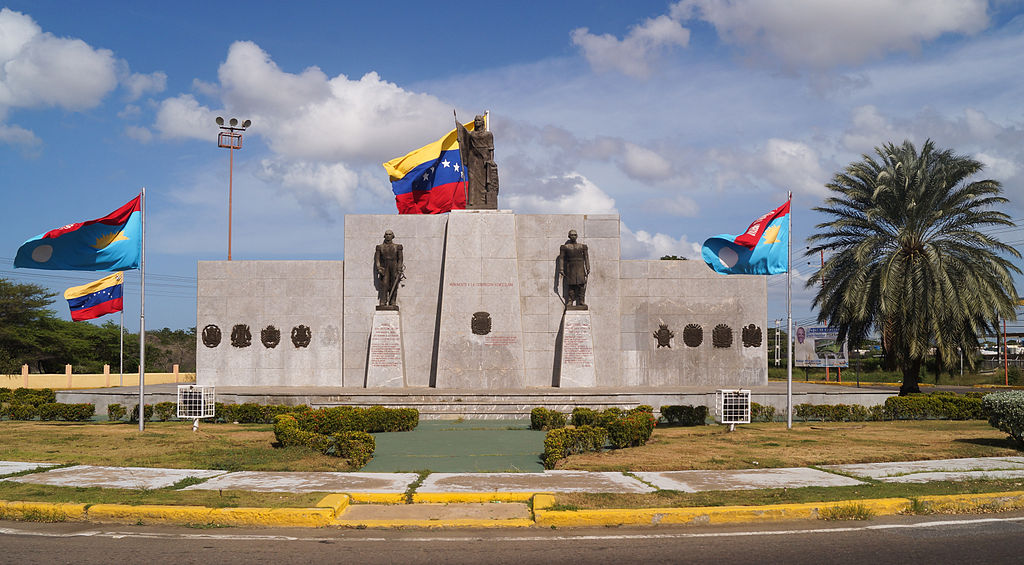 “Monumento a la Federacion Venezolana I” by Rjcastillo is licensed under CC BY-SA 3.0 (via Wikimedia Commons)

Bolivar and Rodriguez are heroes universally admired and respected by Venezuelans throughout the political spectrum. Zamora, on the other hand, is a much more divisive figure. According to historical revisionists, Zamora is no hero.

Ezequiel Zamora was the son of Canary Island immigrants of low status in post-independence Venezuela. His family was in the cattle trading business in Venezuela’s plains, and for some time, he also participated in the trade. He ran for office as deputy in local elections, but apparently, he was a victim of electoral fraud. Ever since, he became a rebel against the oligarchic establishment in Caracas.

At the time, Venezuela was recovering from the chaos of its war of independence against Spain. During that conflict, soldiers on both sides enlisted in the armies with the promise of receiving land grants. However, due to financial speculation, these promises were largely not kept, and by the end of the war, there was a land-owning oligarchy, and a huge landless peasantry. Furthermore, in 1834 Jose Antonio Paez’s government approved an unpopular law that made usury all too easy for creditors, further impoverishing the landless peasant class.

Venezuela was thus in urgent need of agrarian reform. Ezequiel Zamora emerged as a caudillo (military strongman) that gathered a private army under his leadership. Along with other caudillos, he launched a military campaign with the goal of seizing power in Caracas, and to enact national agrarian reform. Although he died in the siege of San Carlos in 1860, his military initiative was prolonged in what became known as Venezuela’s Federal War, a bloody conflict that ravaged the nation.

There is a great deal of historical revisionism about the true nature of Zamora’s actions. According to revisionists, he seemed to be much more motivated by aspirations of personal gain, rather than genuine ideological convictions. As with many other Latin American military strongmen of the nineteenth century, he was more of a warlord than a real freedom fighter. Whereas Simon Bolivar willingly emancipated his slaves, Zamora actually owned slaves, and he only liberated them after having collected a compensation paid by the state. His military tactics were ruthless; he distributed confiscated property only among his cronies; and during Jose Tadeo Monagas’ presidency, Zamora did the thuggish work of intimidating Monagas’ political adversaries.

Zamora’s army had the slogan “Land and free men” (Tierra y hombres libres), but his real ambitions seemed to be much more obscure. Many of his followers had the explicit intent of killing anyone who knew how to read and write, once they seized control of Caracas. Throughout the nineteenth century, Venezuela had a long record of caudillos that exploited racial and social resentment (royalist Jose Tomas Boves was probably the worst of all), causing mayhem and atrocities throughout the countryside. No government in nineteenth century Venezuela exercised real control beyond Caracas, and the countryside was replete with road bandits. Zamora was pretty much one of them.

Why, then, does Venezuela’s government insist on honoring a bandit? The official narrative is that Zamora was not a bandit, but rather, an ideologue and a freedom fighter. This claim is not supported by historical facts. But, even if he was a bandit, the Latin American left seems too eager to glamorize historical characters that, very much as Zamora, stand on the margins of the law.

Eric Hobsbawm’s classic study, Bandits, romantically portrays characters such as Robin Hood or Pancho Villa as proto-revolutionaries that can only arise in unjust societies. Their deeds, so Hobsbawm’s thesis goes, are only a natural response to oppression. Hobsbawm does not go as far as to morally excuse banditry. But, he does attempt to normalize it. According to Hobsbawm’s thesis, were it not for Venezuela’s social injustices, a caudillo such as Zamora would have never raised a private army; he basically did the normal thing.

This is a slippery slope. Pablo Escobar and Chapo Guzman were also Latin Robin Hoods, or at least, that is how they tried to portray themselves through their propaganda campaigns. By glamorizing bandits, the Latin American left is paving the road for thugs, criminals and drug lords to rob, kill and enrich themselves by proclaiming a superficial message of social justice.

Very much as in the nineteenth century, 21st century Latin America needs important reforms for social justice. But, Zamora’s deeds proved to be absolutely fruitless (in the end, although his warring party won the Federal War, agrarian reform was never optimally implemented). Banditry is not socially constructive. Latin America’s liberators, as heirs of the Enlightenment, understood the dangers of banditry, caudillismo, and unchecked social resentment. They opposed Spanish imperial despotism, but were very fearful that, from then on, the impoverished and resented masses would cultivate chaos in the region. Unfortunately, their fears proved to be well founded.

Revolutions may be ethically sound, but only if they apply the minimally required dose of violence. That is why, ever since Edmund Burke, most historians ethically prefer the American Revolution over the French Revolution. At the end of the day, portraying Latin American bandits as heroes is a dangerous game that leaves the door open for, yet again, unnecessary spilling of blood.