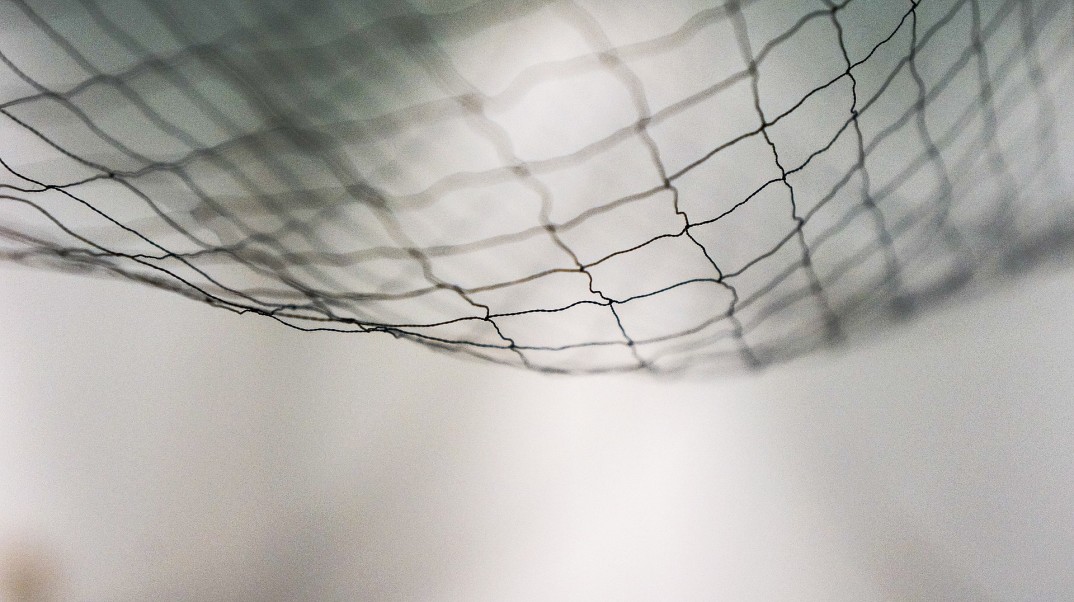 “Net” by Unsplash is licensed under CC0 Public Domain (via Pixabay)

The capitalist market structure means that employment and salaries are not sensitive to the needs of the individuals, but rather economic demands, and this can leave large deficits in the quality of life of the citizenry, and this is typically what such assistance targets. A company packs up and moves its production to another state or country, and the employees in a town find themselves without steady work. Two businesses merge to their mutual benefit, and a number of positions become redundant. Forces like these track economic states of affairs, but are largely indifferent to the well-being of the people that make up the economy.

So, one way to prevent a large swath of society from experiencing radical changes in well-being because of the luck of the market is to have assistance programs – a “safety net.”

There are a variety of concerns over an economy that is structured this way. Discussions over providing a basic income have become more prevalent recently, with liberals such as Richard Reich pointing to worries over more and more occupations becoming obsolete.

In Finland this month, 2,000 people will be receiving a guaranteed basic income. This will be an experiment to see whether such a program is a viable alternative to the current system, where aid is provided in a way that is dependent on current income and employment. When aid is dependent in this way, there can actually be a disincentive for individuals to seek employment, because increases in income will decrease the aid they receive. The steps toward financial independence will make them less financially stable, and they are the citizens least able to take on financial risk. Thus, one thought is that providing a basic income will get rid of this disincentive to find varieties of work, providing a better safety net than the current unemployment benefits. Other countries have been exploring similar experiments with a basic income, such as Livorno, Italy, and Fife and Glasgow in Scotland. Plans have been suggested in Switzerland, and are being discussed in Canada, Iceland, Uganda, and Brazil.

Getting rid of the structural issue that the previous system involved – the disincentive to find types of work – is one perk of the basic income model. The switch points to underlying questions about the ways that a government may have a duty to take care of the members of its society, however. The basic income may be the way forward given the changing nature of modern economies, where long-term careers are less and less typical. Adults have multiple jobs over their working life, and thus experience more periods of financial transition. Developments in technology that alter the nature of jobs, and changes in how one can expect the shape of one’s career to unfold, have put pressure on our understanding of the role of assistance and safety nets – what are they meant to correct for and provide?

Are such programs meant to serve as a buffer, to protect against the negative effects of the market that are outside of an individual’s control? This could be understood as the standard “safety net” model, were aid protects the members of society against the effects of bad luck. Depending on how a member of society grew up, what access to different opportunities she experienced, or any number of real world factors, there is uncertainty and luck involved in pursuing financial stability. This bad luck could be conceived of as something that a government should correct for, by ensuring that there are programs in place that will provide the basic necessities, or by providing an income protected against these vagaries of luck.

Alternatively, we could see these programs or basic income policy not as a response to the indifference of the market or forces of the world, but rather the acknowledgement that there is a duty for the government to aid in the ability of the citizenry to pursue the life well-lived.

If the government has particular interests in ensuring the members of its society have the means to pursue a good life, then the demands of a safety net become more complex. The basic income model provides an amount of money, which could be spent however the families or individuals chose. The amount provided may be based on the substantive goods that the government determined contributed most importantly to a healthy or good life, but fewer claims about what substantive goods members of the society are entitled to are implication in such a model.

The substantive programs model, where citizens receive aid geared towards particular aspects of life such as housing, food, and particular medical expenses, includes commitments by the society regarding which aspects of life that are conducive to the life well-lived, and that the government has an interest or obligation in ensuring in their citizenry. These are substantive questions, and we see these questions being discussed in contemporary debates in the US over what food stamps should be able to purchase (food stamps for steak!?) and discussions in northern Europe about sex workers being covered by medical expenses. The Netherlands has included the cost of sex workers in acceptable medical expense claims, and in Germany, the Green Party is suggesting that, for disabled citizens that cannot afford the services on their own, local authorities would bear the cost of “sexual assistance.”

These models of government aid suggest that the purpose of assistance is to support the individual’s ability to live a healthy or fulfilling life in a substantive sense, where the actual goods of a human life are promoted. This contrasts with the basic income model, which is a more formal way to support the wellbeing of the members of the society: providing funds does not necessarily make a claim about what kinds of things an individual will need to obtain in order to live well.

With disagreement over the substantive use of government aid programs, such as the inclusion of sexual assistance programs and how to delineate luxury items and the government’s purview in helping its members live a life where luxury items are attainable, the switch to a guaranteed basic income model may be attractive for this further reason: It is more neutral about the goods that a government should include in the safety net.