On Forcing Women to Share Custody with their Rapist 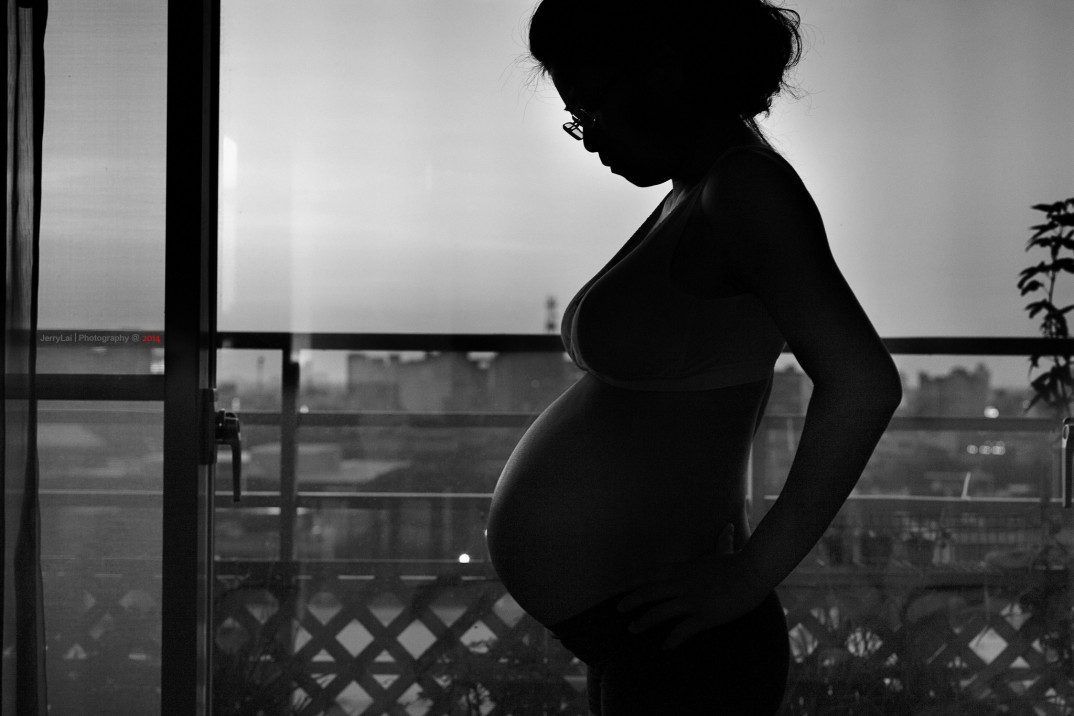 As the intersection of religious, political, medical, feminist, and moral debate, abortion is one of the most divisive ethical issues in our nation. Pro-choice supporters argue that women have the right to determine the fates of their own bodies whereas pro-life activists consider abortion to be murder. An issue that looms around the discussion of abortion is the circumstance of conception from rape. Pro-life individuals may shy away from the issue or even admit rape as an exception. However, websites like Students for Life advise their readers to stand firm in opposition of abortion, questioning rhetorically, “The perpetrator must be punished to the fullest extent of the law, but does the helpless child, who is guilty of no crime, deserve death?” Claiming that abortion perpetuates the “pattern of violence and victim-hood,” Students for Life suggests that the rape victim bears the responsibility to break the cycle of violence. However, does the cycle really end for the women of the estimated 17,000 to 32,000 rape-related pregnancies who choose to keep their children? Women are not only punished for their abortions; in the United States, women may be forced to share their children’s custody with their rapists.

Caitlin Nolan, writer for Inside Edition, shared the story of a woman who had to suffer through co-parenting with her rapist. Preserving the woman’s privacy, Nolan anonymously refers to the her as Christine. When Christine was staying at a relative’s house over winter break, a young man offered her a drink, “she tried marijuana for the first time and then everything went dark.” Sixteen-year-old Christine next remembers waking up to the rape as she oscillated in and out of consciousness unable to “make it stop.” Feeling the guilt and shame so often associated with rape, Christine did not tell anyone about her rape until she discovered that she was pregnant. Only six weeks after the assault, police told her that it was too late to pursue charges against her rapist. In need of financial assistance as a seventeen-year-old mother, Christine applied for government assistance. Yet, in order to qualify, the mother must identify the father of the child, and so the government contacted Christine’s rapist requesting child support, prompting him to retaliate with a lawsuit against Christine for visitation rights.

Depending on which state the child was conceived in, unfortunately, this circumstance is not uncommon. In a current case covered by CNN, a man confessed to raping a young woman, Noemi, pleading down from first-degree sexual assault to a lesser charge of third-degree sexual assault, and so in accordance with the laws in Nebraska, his parental rights remained intact. Informed that, like Christine’s rapist, he had a child when the government requested child support, Noemi’s rapist demanded visitation. Now, Noemi must contact, see, and give her little girl over to her attacker.

Quoted in The Economist, Rebecca Kiessling, a pro-life family-law attorney, narrates how she perceives the intentions of rapists like Christine’s, who seek custody after being forced to contribute child support: “They just say: ‘If I’m going to pay for it, I’m going to see it.’” Inflicting further pain and trauma for the victim, the rapist may prolong lawsuits or actually gain and enforce their visitation rights. Kiessling identifies the prolonged torture of the rapists’ forced reemergence into these women’s lives as a reassertion of the dominance that they sought through the initial crime: “Like with rape, this is just about power and control.” Rapists use parental rights in order to contact their victims, threaten them into dropping rape charges, or evade child support.

The Economist reports an example from Massachusetts that displays how rapists can continue to exploit and assert power over their victims. After pleading guilty to raping a fourteen-year-old girl in 2009, Jaime Melendez was sentenced to 16 years of probation. He expressed no interest in his daughter, conceived in the rape, until the family court ordered him to pay child support in 2012. He sued the girl for parental rights in a litigative battle that persisted, terrifying the defendant and her family, for over two years. Though Massachusetts has restricted the parental rights of convicted rapists since 2012, seven states—North Dakota, Minnesota, Maryland, Wyoming, New Mexico, Mississippi and Alabama—still have no laws protecting victims from having to engage in custody fights with their convicted rapists.

Activists are pushing to lower the burden of proof required in criminal cases and require the “clear and convincing evidence” thus applying “the same standard family courts use to decide whether a child has been abused or neglected” to cases with children conceived from rape. Custody rights attorney Shauna Prewit assured Inside Edition that this level is still “an enormously high standard of proof . . . that has been endorsed by the U.S. Supreme Court.” In May of 2015, President Obama signed the Rape Survivor Child Custody Act into law. This act allocates funds for sexual assault services and programs to states that allow women to petition their rapist’s parental rights based on “clear and convincing evidence of rape.”

A blogger, posting for pathos.com by the name of Jane the Actuary, expresses the concerns of mixing civil and criminal issues: “I’m less comfortable with the idea of a family court judge making decisions about whether the circumstances of a child’s conception qualify as rape, or not.” Removing parenting rights is a weighty decision that should not be taken lightly; however, Jane’s fears about the role of family court judges meddling in matters that are over their heads may be unfounded since the judge’s role is to assess a parent’s trustworthiness and ability to care for the child. Jane also argues that “[t]aking this out of criminal and into family court risks men losing parental rights due to false accusations.” She provokes her readers to consider her question: “How great a risk is this?”

In his article “False allegations of rape” in The Cambridge Law, Philip Rumney found the disputed range of false accusations presented in literature to be from 1.5% all of the way to 90%. The National Center for the Prosecution of Violence Against Women provides an example of an overestimated rate: in 1994, Professor Eugene Kanin claimed that 41% of the sexual assaults in his study were false reports; however, he determined this rate based on detectives’ reports that do not assess their own methods of evaluation. Questioning the legitimacy of the rape claim, the detectives at the police station, observed by Kanin, would often threaten the people reporting the rapes with a polygraph test. Overestimated rates like Kanin’s perpetuate rape myths about women frequently false reporting rape. Analyzing the most “methodically rigorous research” that has been collected, the NCPVAW estimates that false reports fall somewhere between 2-8%. The low false report rates combined with the low conviction rates should ease the concern that women will use rape in order to wrongfully gain full custody.

One of RAINN’s graphs outlines how out of 100 rapes, 46 get reported to police, 12 lead to an arrest, nine get prosecuted, five lead to a felony conviction, and only three rapists will spend even a single day in prison. Less than half of the U.S. states today allow for the severing of a rapist’s parental rights without a conviction. Even when rape charges lead to a conviction, the rapist has usually accepted a plea bargain and thus could retain his parental rights. FindLaw, a legislative forum, states that around 90% of criminal cases are settled through plea bargains for many reasons including a reduction in charges and jail time or avoiding jail time altogether. Another reason that the defendant may opt for a plea bargain is to “[a]void stigmatizing sentences,” and so they trade “the most stigmatizing offense (such as rape) in favor of a less stigmatizing offense (like assault).”

Deb Heinrich, a former state lawmaker who now serves as the public relations representative for Connecticut Alliance to End Sexual Violence, explains how rapists pleading to lower crimes affects women who mother children conceived during the rape: accepting a plea bargain “does not mean that the rape didn’t happen and it does not mean that a woman should not have access to the legal system to terminate the parental rights of the rapist.” Women could be stuck in litigation, defending their child from their rapists, or even be forced to communicate with their attackers if they are granted visitation rights.

In her article, “Rape is about power, not sex,” for The Guardian, Jill Filipovic interweaves examples of domestic and international rapes and the misogynistic institutions that condone the crime: she asserts that rapists “flourish in places where misogyny is justified as tradition and maleness comes with a presumption of violence.” This tradition is engrained in our contemporary language, politics, and legislation. In a powerful list of rhetorical questions answered by the refrain, “[p]art of a culture that tacitly condones rape,” Filipovic gives concrete examples of rape culture: “[a]bortion restrictions and other political regulations of female sexuality,” “[s]exualization of young girls in order to sell products,” and suggestions that a corporate woman cannot wear feminine clothes and be taken seriously. Forcing women to co-parent with their rapists would undoubtedly be added to the long list that excuses violent acts of male dominance over women.

Judges, legislators, and law enforcement officials have exhibited a vicious tendency to assume that a woman cannot keep or love the child conceived from her rape without having wanted to have had the baby in the first place. Forced to co-parent with her rapist as well, Shauna Prewitt explained to CNN that society has developed a “biased prototype . . . that all pregnant, raped women hate their unborn children.” As a nation, we have to stop blaming women for their rapes. We have to stop punishing these women for choosing to have an abortion. And we have to stop punishing them for keeping their child.