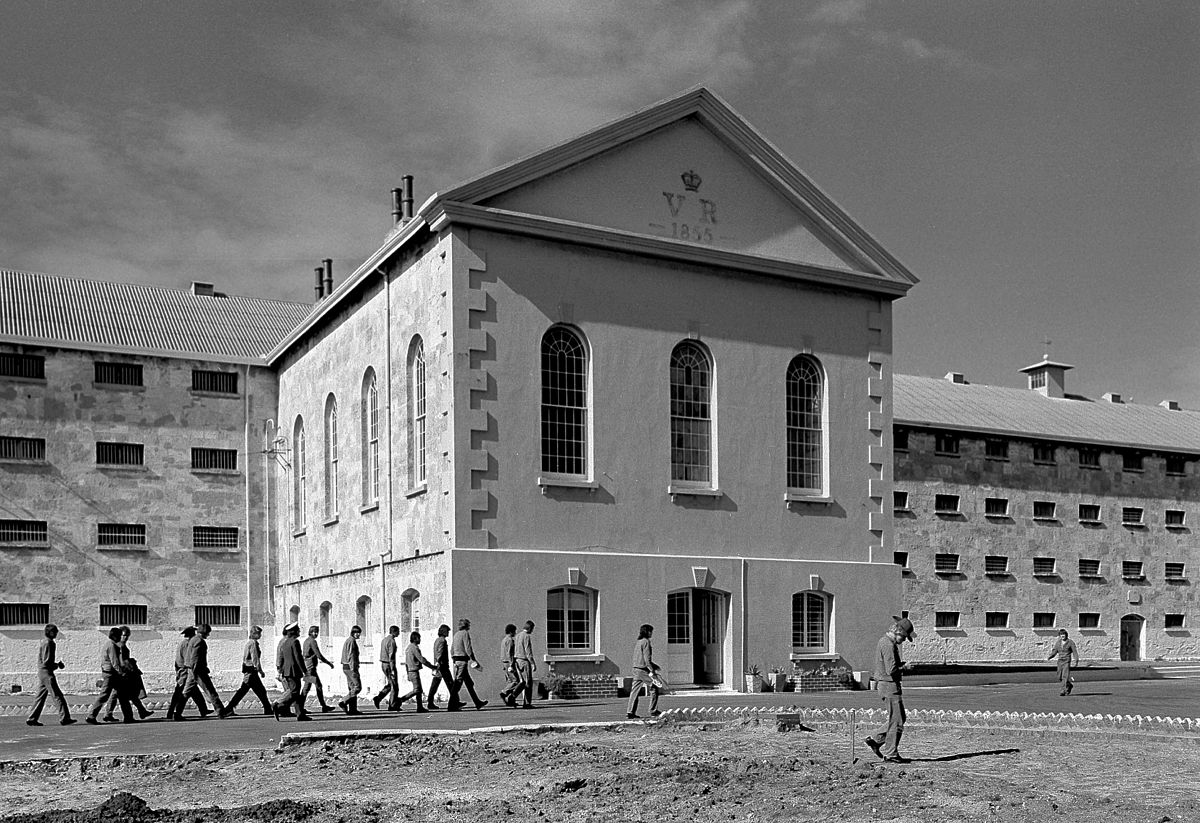 “Fremantle Prison” is licensed under CC BY-SA 4.0 (via Wikipedia)

It is now common knowledge that education, whether prior or during a prison inmate’s sentence, is one of the most impactful factors in reducing recidivism, a revolving door phenomenon that sees two-thirds of prisoners return to prison. This phenomenon exacerbates the state of the largest prison population in the world, and locks away more than one in six of America’s Black men.

A situation undoubtedly stemming from unequal economic and social opportunity, the growing prison population stands at extremely high risk of recidivism because of a perpetuation of the circumstances of disenfranchisement and privation faced both inside and outside the prison gates. Increasing educational opportunities inside prison helps combat these institutional disadvantages in a way that provides inmates to reinforce a professional and academic direction, as well as hard vocational skills for the marketplace they will re-enter.

Education has long been held as the panacea to inequality and lack of opportunity, and in practice, inmates who participated in correctional education programs had “43% lower odds of recidivating than inmates who did not.” Correctional education is a policy that both empowers inmates to effect personal change and reduces costs for prisons. These programs strive to prepare inmates for the challenges of the world outside, or allow them to continue their educational or vocational goals within the offered coursework.

Because of the widening popularity and success of correctional education, there have been attempts to require correctional institutions to provide, at minimal, vocational training and compulsory education for inmates under a certain age. The Federal Bureau of Prisons provides “positive and/or negative incentives for inmates to enroll in education classes, such as earlier eligibility for parole, extending visitation privileges, and reinstating days required to be served prior to being eligible for parole.” As study continues to show the relationship between education and reduced recidivism, resources are becoming available to support these initiatives and their intense incentivization will follow.

The question I pose is this: at what point does mandatory, or at least highly incentivized, correctional education assume some of the moral burdens of rehabilitative penal labor? Indeed, the language I’ve used thus far in describing the benefits of correctional education (“empowering,” “opportunity”) are quite dissimilar to the mission statements of most correctional education programs. In order to reap the benefits of educational programs, many institutions must flag participants as having shown considerable improvement in “behavior and attitude” as a result of the program; using the language of “character-building” and “work-ethic,” these programs expressly intend to alter the attitudes and mindsets of their students. Not unlike compulsory penal labor, these programs exist for the express means to an end, not because of the inmate’s own decision or desire to participate.

So what would a compulsory education program mean for America’s prisoners? On one hand, extrapolating existing numbers would promise lower recidivism and a population more prepared for release, both emotionally and economically. However, requiring participation in correctional education, in practice, would revoke the remaining personal and economic rights of inmates to choose. Not unlike penal labor, a former and current mandatory program that began as a character-building exercise to occupy the minds and bodies of (primarily Black) incarcerated people.

After the abolition of state-supported slavery, forced labor was still permitted under the circumstance that it was enforced “as punishment for crime whereof the party shall have been duly convicted.” The Atlantic published an expose in September of 2015 that traces the transformation of penal labor into slavery incarnate, documenting:

The proliferation of prison labor camps grew during the Reconstruction era following the Civil War, a time when southern states established large prisons throughout the region that they quickly filled, primarily with black men. Many of these prisons had very recently been slave plantations… Other prisons began convict-leasing programs, where, for a leasing fee, the state would lease out the labor of incarcerated workers as hired work crews. Convict leasing was cheaper than slavery, since farm owners and companies did not have to worry at all about the health of their workers.

The bodies of inmates and the structure of the prison system were systematically redesigned to accommodate this type of forced labor. Rhetoric of building work ethic was used to cover up the boon that former plantations were able to salvage, and the mandatory nature of the project spared little to no (male, able-bodied) inmate.

In this day and time, while penal labor is doubtlessly used for similarly unjust ends, the economic landscape is far different than the post-war era, and basic education skills make inmates more equipped to produce this labor. Requiring an imprisoned population to do anything on the basis of character-building, even in the guise of self-improvement, constitutes the further retooling of prison populations for economic benefit of the state and a form of modern slavery; institutions simply leverage class attendance with the luxuries of visitation time and marginally better treatment, providing inmates with the choice between attending class and a longer sentence. Doubled with the fact that widespread correctional education would likely only be politically feasible if cast as a strictly cost-saving measure, a mandatory education program would be a sanctioned retooling of bodies to contemporary labor needs.

This is not an argument against education in prisons. In fact, I believe prison populations are the most desperately in need of resources and support in terms of literacy, financial competency, and basic math skills through access to the highest level and quality of education. However, to leverage a program with the eligibility for parole or early release, the opportunity to see one’s children– the rights already consciously denied to prisoners–constitutes a darkly ironic trend of paternalism for an industry that benefits from a loophole in the 13th Amendment to convict-lease. If we’re going to provide education, affording prisoners the right to decide their lives on their own terms is the only way to provide it relatively justly.